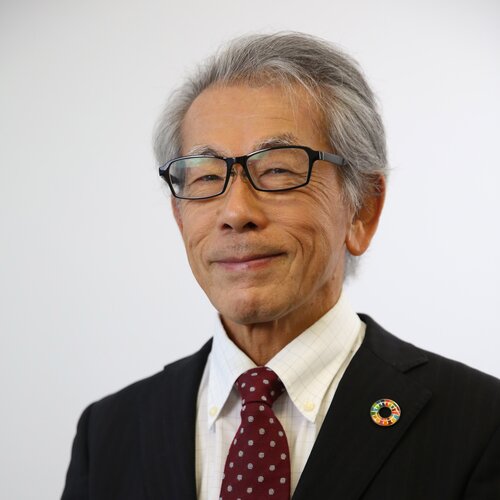 Dr. Masa Iwanaga is Special Advisor and former President of Japan’s International Research Center for Agricultural Sciences (JIRCAS), a National Research and Development Agency under the auspices of the Ministry of Agriculture, Forestry and the Fisheries (MAFF), Japan. JIRCAS carries out various collaborative research projects in the field of agriculture, forestry and fisheries with more than 30 countries, mostly from developing regions. Dr. Iwanaga has always shown great concern for political, social and technological issues influencing plant genetic resources for food security and climate change. He holds a PhD degree in Plant Breeding and Genetics from the University of Wisconsin, USA.

He was directly involved in international negotiations of ITPGRFA during 1993-2000 as DDGR of IPGRI representing CGIAR, and during 2000-2002 as a Japanese government representative for IT negotiation, and served as Chair of Working Group of drafting Article 15 (International Collections). He also served as a member of the Steering Committee of the High-Level Panel of Experts (HLPE) of the United Nations’ Committee on World Food Security (CFS) from 2013 to 2015. He was Chair of the Program Committee of the Board of Trustees of the Africa Rice Center (AfricaRice) until April 2017.