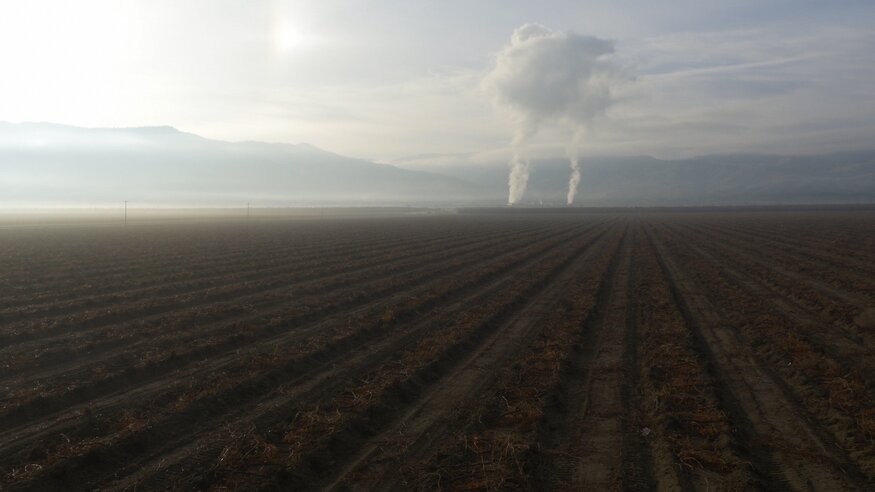 A UN report states that for every degree increase in temperature, we will lose 2% yield in agriculture.

"Though the report says there has been an institutional failure to adequately protect biodiversity, there are examples of success that give us clear guidance for how to transform our food systems."

Humanity is destroying biodiversity at an accelerating rate, and a major reason is agriculture.

This is not a new revelation, but it is perhaps surprising, and welcome, that it should be repeated, with thorough documentation, by an eminent economist, Sir Partha Sarathi Dasgupta, in his just-published report on the Economics of Biodiversity.

It is well established that agriculture is rife with unsustainable practices. Farming releases greenhouse gases, razes forests for farmland, overuses polluting chemical inputs like pesticides and fertilizers, and appropriates vast amounts of water, all in the pursuit of cheaper food, while ignoring the cost to nature. But though agriculture is a major threat to biodiversity, biodiversity is itself the solution to agriculture’s problems.

It is telling that the Chatham House report "Food Systems Impacts on Biodiversity Loss", also just released, similarly identifies setting aside nature, along with changing diets and practicing sustainable farming, as the key levers to fixing the food system. There is really no excuse for doing nothing anymore.

It is particularly gratifying that the Dasgupta Review highlights “plant breeding for temperature and pest tolerance” as a key strategy to protect nature, and specifically mentions the Crop Trust’s Crop Wild Relatives (CWR) Project as an example of species-led conservation.

The CWR Project, which draws to a close this year, sought to address an issue that is becoming ever more urgent: developing crop varieties that can better tolerate the changing climate. Scientists working on the project identified which wild species related to crops were missing from genebanks, collected and conserved them for posterity, and then evaluated them for useful traits.

They harnessed the genetic diversity of these wild species by “pre-breeding” them with their domesticated counterparts, to jump-start the process of producing crops more tolerant to drought, salty soils and extreme heat, as well as resistance to pests and diseases. In doing so, the project has proven the importance that biodiversity can have for smallholder farmers and their communities, and indeed the way we think about sustainable agriculture.

There is no question that genebanks provide an exceptional return on investment. The economics of conserving our natural diversity is an area that the Crop Trust is well acquainted with in the realm of agriculture.

At the heart of the Crop Trust is the permanent, self-sustaining Crop Diversity Endowment Fund, which pays out from its investment income to ensure that the crop diversity held in key genebanks, such as those of the CGIAR network of agricultural research centres, and in the Svalbard Global Seed Vault, is safely conserved and available for use in the long-term, under the terms of the International Plant Treaty.

The Crop Trust’s calculations are that an endowment fund of USD 850 million is needed to guarantee that crop diversity will be available from genebanks in perpetuity.

To put that in context, a study on Andean potato diversity found that the Victoria potato variety, bred using material conserved at the International Potato Center (CIP) genebank, provided an estimated USD 1 billion in value to farmers in Uganda. That’s a single variety of a single crop in a single country. Think about it.

That figure greatly exceeds the operating costs the CIP genebank can expect to incur in its lifetime. This research and other studies that similarly investigate the economic impact of crop diversity conservation show that the benefits genebanks can bring to future crop improvement and sustainable agricultural development are enormous.

As the Dasgupta Review points out, it is less costly to protect nature than it is to restore it. Investing in genebanks protects nature and makes it easier to use natural resources for research and development.

Though the report says there has been an institutional failure to adequately protect biodiversity, there are examples of success that give us clear guidance for how to transform our food systems—so that we are all better fed, while conserving biodiversity for future generations.

That the Crop Trust’s funding comes primarily from public sources rather than the private sector is a clear example of governments’ recognition that diversity is an essential public good and one that must be safeguarded.

But food and seed companies need to step up too. They benefit greatly from genetic diversity and surely have the financial means to ensure that it is conserved in genebanks, as well as in protected areas and farmers' fields.

I am hopeful that we will see a rapid response spurred by this important report. The Crop Trust is, as ever, eager to work with others to protect the biodiversity that underpins agriculture, so that all of nature is in turn cared for, respected and protected—forever.

This article was originally published on Landscape News.