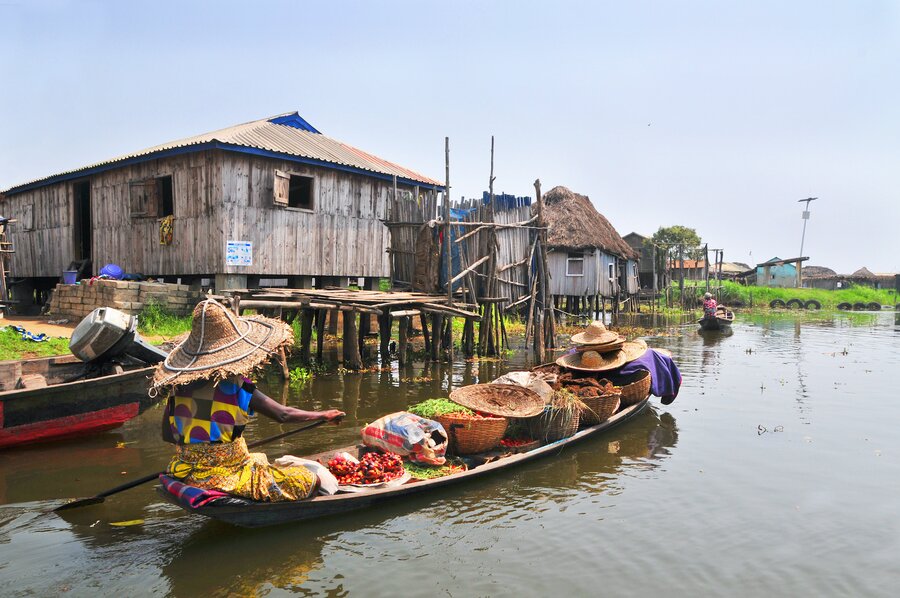 Benin has a population of over 10 million.

Around 70% of the working population depends on agriculture. Benin has produced yams, cassava, corn (maize), millet, beans, and rice since the mid-1980s to achieve self-sufficiency in these staple foods. The formerly predominant palm product output declined considerably in the 1980s, but cotton output rose. The output of karité, peanuts (groundnuts), cacao beans and coffee also has increased.

65-72% of the food energy consumed in Benin comes from crops that are not native to the region. Most of these plants’ diversity is found elsewhere on the planet.