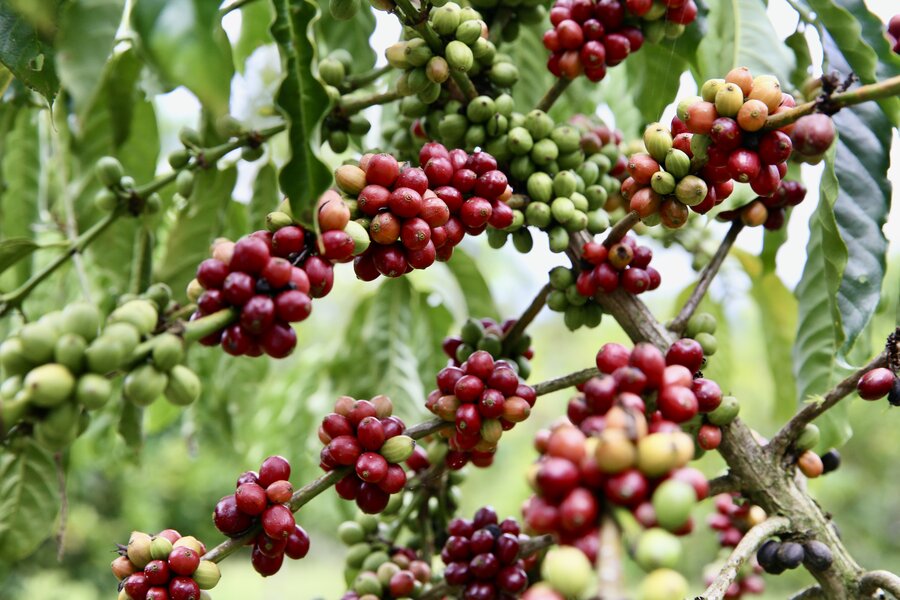 After petroleum, coffee is the second most traded commodity worldwide. Every day, over 2.25 billion cups of coffee are consumed globally. Brazil, Vietnam, Colombia, Indonesia, and Ethiopia are the top five coffee producers. Coffee exporting countries consume almost 30% of total production, the rest being consumed by importing countries. Two Coffea species are most commonly grown: C. arabica (or Arabica coffee) and C. canephora (Robusta coffee). The former is cultivated in Central and South America, Central and East Africa, South and Southeast Asia; the latter is grown in Brazil, West Africa, Madagascar, and Vietnam. About 64% of the coffee produced worldwide is Arabica. Other Coffea species are cultivated on a smaller scale, including C. liberica, C. dewevrei and C. stenophylla. Coffee is an important source of income for more than 25 million families worldwide. Thanks to its value, it has a critical role in the economies of several countries.

C. arabica is a hybrid between C. canephora and C. eugenioides. Arabica coffee is native to the humid forests of southern Ethiopia, South Sudan, and probably Kenya. It is a rather young crop; the earliest record documenting its use is from 1500 years ago. Coffee was presumably taken from Africa to Yemen in the 6th century. Marco Polo has been credited for bringing coffee from Mocha (Yemen) to Venice in the 1270s. In 1616, a group of Dutch gardeners started to grow coffee at the Leiden Botanical Gardens in the Netherlands. From there, they dispersed the plant to Malabar (India) and Batavia (now Indonesia). In 1720, a Frenchman planted a single coffee tree in Martinique and later dispersed the plant to the West Indies, Central and South America, and Sri Lanka.

C. canephora originated in the forests of tropical Africa, including areas from Cameroon to northern Tanzania. Its cultivation dates back to the end of the 19th century, and the plant has not yet been exposed to as strong a genetic bottleneck as Arabica. Therefore, it has more genetic diversity and it is an important source of traits for breeding both Robusta and Arabica coffees.

The Global Conservation Strategy for Coffee Genetic Resources recently identified 21,026 coffee accessions held in several genebank collections. Almost 60% of the reported accessions are C. arabica, followed by 3% C. canephora, and the remaining 37% other Coffea species. African genebanks have focused their conservation efforts on wild materials, whereas the Latin American genebanks have an emphasis on breeding materials. Genesys displays information on the coffee accessions held at the Centro Agronómico Tropical de Investigación y Enseñanza (CATIE), which is the only one to contain material available under Article 15 of the International Plant Treaty.