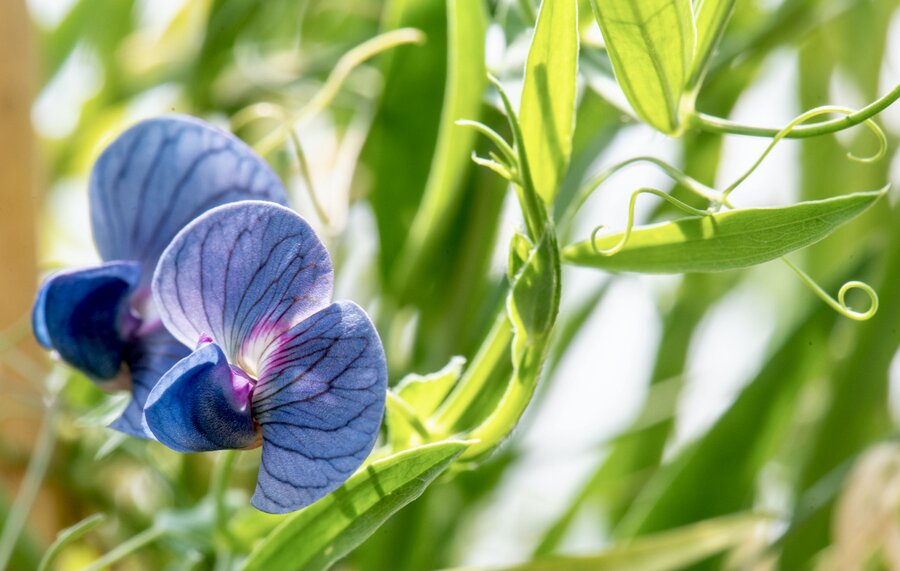 Grasspea, or Lathyrus, presents a fascinating paradox – it is both a lifesaver and a destroyer. It is easily cultivated and can withstand extreme environments – from drought to flooding. And due to this hardiness, grasspea is often the only alternative to starvation when other crops fail. However, when eaten as a large part of the diet over a long enough period (which is often the case during famine) it can permanently paralyze adults from the knees down and cause brain damage in children, a disorder named lathyrism.

The key to overcoming this paradox lies in the diversity of the crop. Certain varieties from western Asia have a low level of the neurotoxin. Breeders and farmers are now exploring this genetic diversity to develop varieties that maintain the tolerance to extreme conditions, while at the same time achieving a safe level of the toxic compound.

Grasspea is grown both as feed for livestock and as a grain crop for humans. The crop is an excellent fodder with its reliable yield and high protein content. Grasspea also plays an important role in farming systems by providing fertilizer (like other legumes, it fixes nitrogen from the atmosphere) and reducing pest outbreaks through intercropping with other food crops.

The adverse effects of the neurotoxin in grasspea have been known since prehistoric times, and are mentioned by Hippocrates and in ancient Indian writings. The crop is harmless to humans in small quantities, but a steady diet of grasspea seeds over a three-month period can cause the neurological disorder. In times of drought and famine grasspea is sometimes the only alternative to starvation and the intake rises to the critical level. Moreover, evidence indicates that the level of the neurotoxin increases in the crop under conditions of severe water stress, aggravating the risk when the food is essential to the poorest of the poor. Ethiopia has suffered several lathyrism epidemics in the past 50 years. The most recent occurred in northeastern Ethiopia following the drought of 1995/96 and the subsequent widespread failure of crops. According to The Consultative Group on International Agricultural Research (CGIAR) at least 100,000 people in developing countries are believed to suffer from paralysis caused by the neurotoxin.

The terrible effects of prolonged dependence on grasspea might lead to the conclusion that the crop should be abandoned as human food altogether. In reality this is an unlikely option as the crop continues to be an ultimate safety net for poor subsistence farmers in some of the poorest areas of the world. Acknowledging the importance of this crop, the International Centre for Agricultural Research for Dry Areas in (ICARDA), together with Ethiopian breeders has undertaken a project to develop cultivars with low neurotoxin levels. The role of diversity in breeding programs was instantly clear: the toxins found in African and Asian grasspea plants are seven times more toxic than Middle Eastern types. The new ICARDA hybrids contain just enough to maintain their drought and waterlogging tolerance without threatening human health.