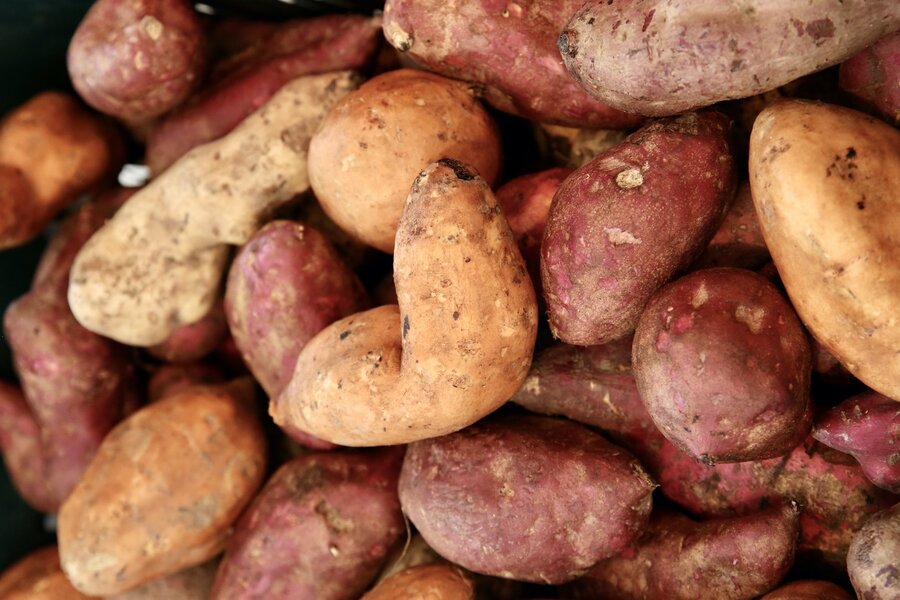 Sweetpotato is the potato of the tropics. It is a tough crop, able to grow in arid conditions and demand little water or fertilizer. Sweetpotato ranks as the world’s seventh most important food crop, mostly because of its versatility and adaptability.

Sweetpotato is high in carbohydrates and vitamin A, and produces more edible energy per hectare per day than wheat, rice or cassava. The yellow-orange fleshed varieties provide particularly high quantities of Vitamins A and C. The leaves can also be eaten, providing additional protein, vitamins and minerals.

Over 95% of the global sweetpotato crop is produced in developing countries, where it is the fifth most important food crop in terms of fresh weight. More than 130 million tons are produced per year, with China supplying about 80% of the world’s production. Nearly half of the sweetpotatoes produced in Asia are used for animal feed, with the remainder primarily used for human consumption. African farmers produce only about 7 million tons of sweetpotatoes annually but most of the crop is cultivated for human consumption. Latin America, the original home of the sweetpotato, produces 1.9 million tons annually.

In response to widespread Vitamin A deficiency that results in blindness and even death for 250,000-500,000 African children a year, the International Potato Center (CIP) conducted a project in Eastern and Southern Africa over the past ten years. The project identified a yellow-orange variety palatable to Africans, which is high in Vitamin A, to substitute the traditionally grown white fleshed varieties, which are low in vitamin A.