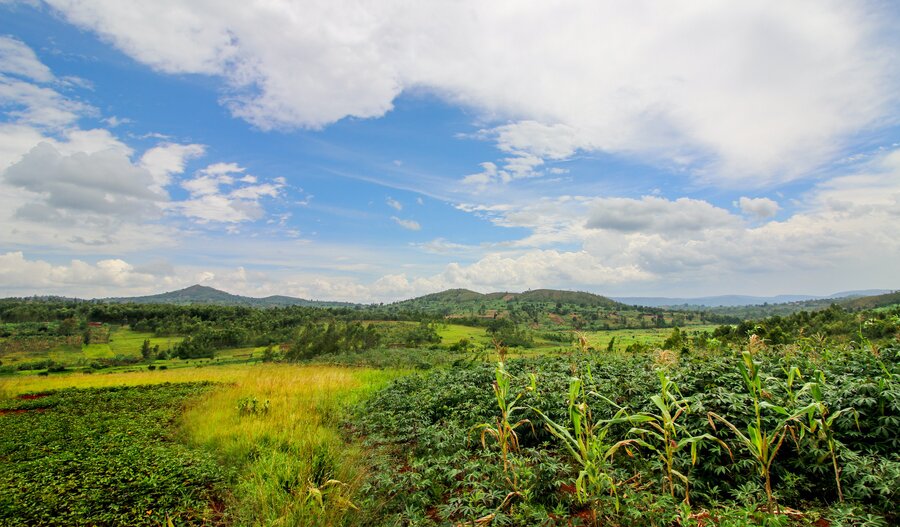 Burundi, a landlocked country, has a population of over 11 million.

Agriculture is the country’s main industry, with industrial activities accounting for less than one-fourth of the GDP. Coffee, in particular arabica, is the principal export crop and source of foreign exchange. Other cash crops include cotton and tea.

Around half of Burundi’s land area is considered cultivable, and about one-third is suitable for pasture. Staple food crops include beans, corn (maize), cassava (manioc) and sorghum.

83-97% of the food energy consumed in Burundi comes from crops that are not native to the region. Most of these plants’ diversity is found elsewhere on the planet.