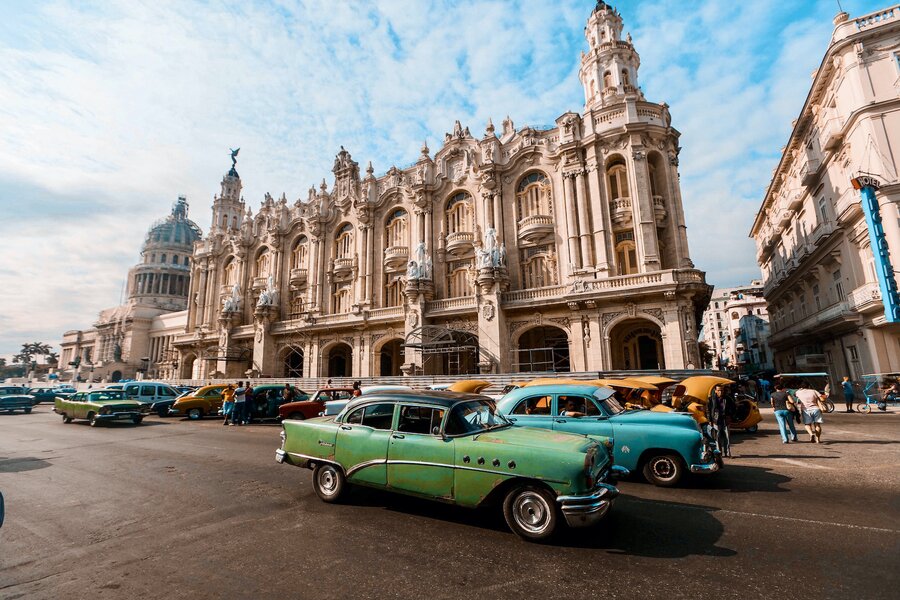 Cuba has a population of over 11 million.

Arable land covers nearly one-third of Cuba. The soil is highly fertile and it allows up to two crops per year. However, the highly variable nature of annual precipitation has historically plagued agriculture.

The Cuban economy depends heavily on the sugarcane crop. Additionally, the chief crops are rice (the main source of calories in the traditional diet), citrus fruits (which are also an important export), potatoes, plantains and bananas, cassava (manioc), tomatoes and corn (maize). Other products include cacao and beans.

87-97% of the food energy consumed in Cuba comes from crops that are not native to the region. Most of these plants’ diversity is found elsewhere on the planet.