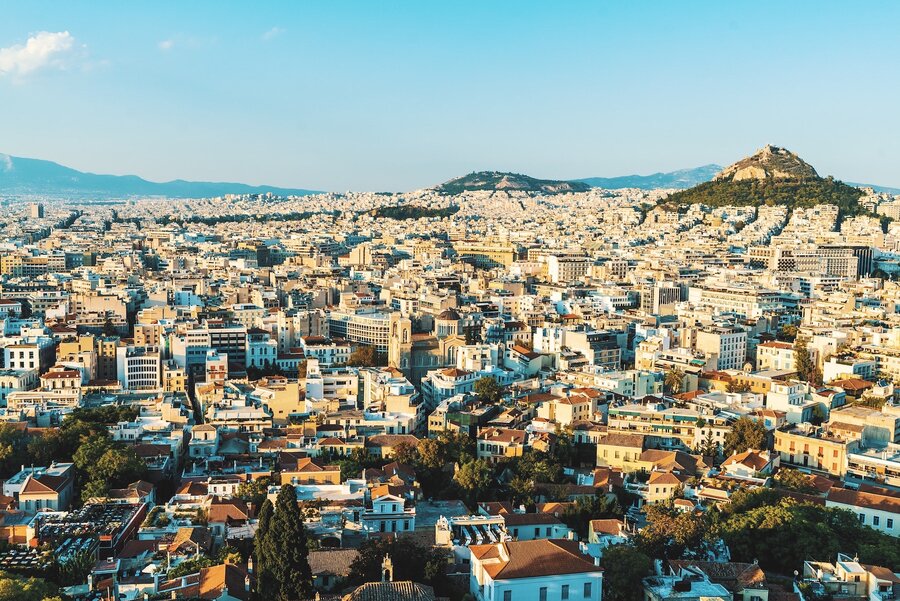 Greece has a population of over 10.7 million.

Poor soil, inadequate levels of precipitation and a landholding system that has increased the number of unproductive smallholdings have hampered Greece’s agricultural potential. The country has also faced population migration from the countryside to cities and towns.

Less than one-third of the land area is cultivable. Cultivation is only possible on a large scale in the plains of Thessalía, Makedonía, and Thráki. There, corn (maize), wheat, barley, sugar beets, peaches, tomatoes, cotton (of which Greece is the only EU producer) and tobacco are grown.

54-59% of the food energy consumed in Greece comes from crops that are not native to the region. Most of these plants’ diversity is found elsewhere on the planet.