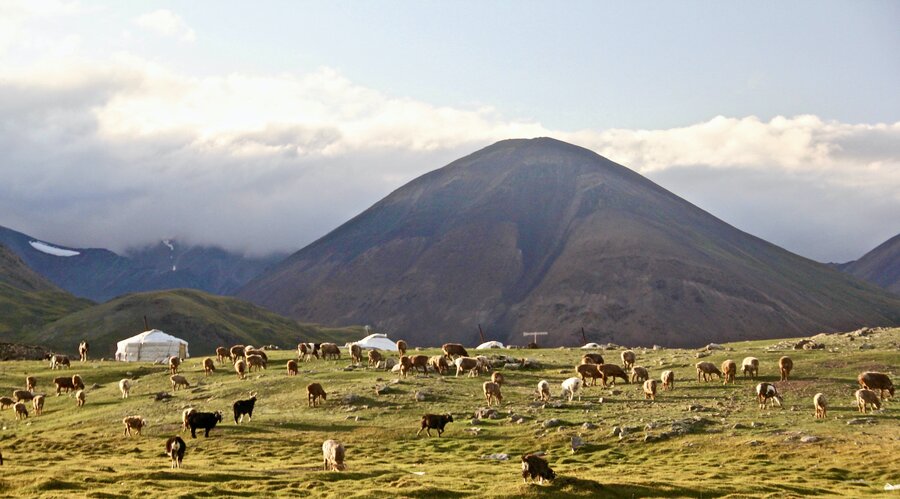 Mongolia’s land area is roughly equivalent to that of the countries of western and central Europe. It has a population of over 3 million.

Around three-fourths of Mongolia’s area consists of pasturelands, which support the immense herds of grazing livestock. The remaining area is divided between forests and barren deserts, with only a tiny fraction of the land under crops.

Livestock raising, based on millions of head of sheep, goats, cattle, horses and camels, accounts for some four-fifths of the value of agricultural production. Only roughly 1% of Mongolia’s land area is used to grow crops, three-fourths of which is sown with grains—primarily spring wheat but with some barley and oats—and the rest with potatoes, fodder crops and vegetables such as cabbage and carrots.

95-99% of the food energy consumed in Mongolia comes from crops that are not native to the region. Most of these plants’ diversity is found elsewhere on the planet.