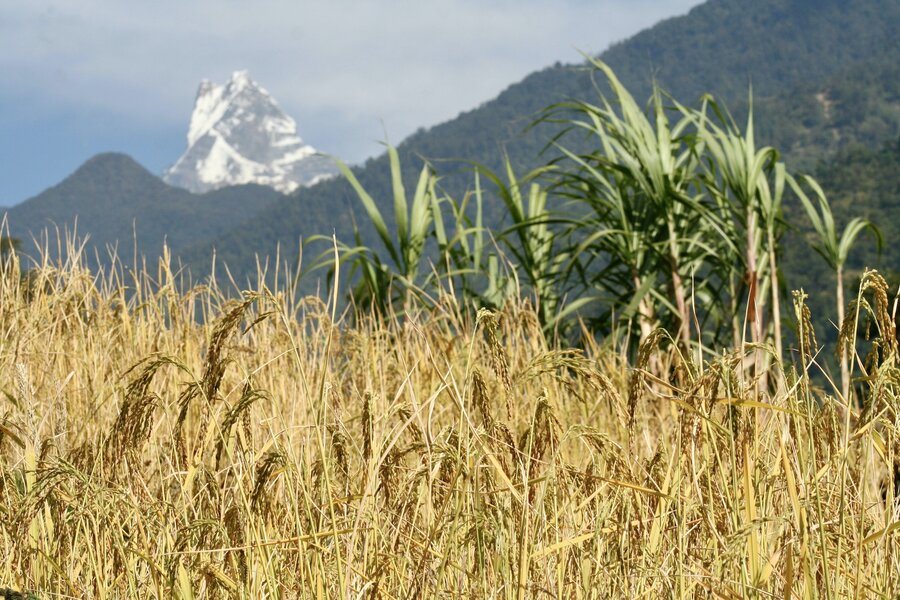 Nepal lies along the southern slopes of the Himalayan mountain ranges and has a population of around 29 million.

Nepal is one of the least developed nations in the world as it is landlocked. It lacks substantial resources for economic development and is hampered by an inadequate transportation network. The cultivation of rice, corn (maize) and wheat engages most of Nepal’s population and accounts for over half of the country’s export earnings.

47-57% of the food energy consumed in Nepal comes from crops that are not native to the region. Most of these plants’ diversity is found elsewhere on the planet.