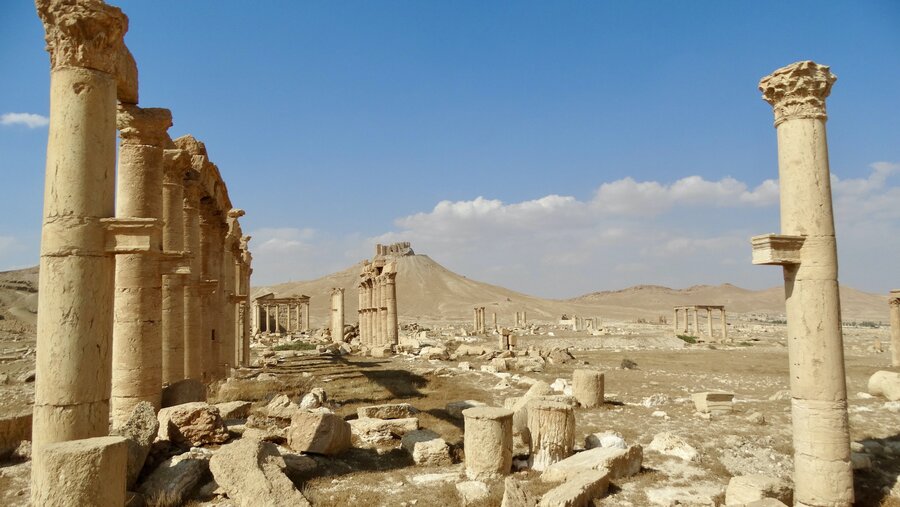 Syria has a population of over 17 million.

Agriculture is an important source of income for Syrians. It provides work for about one-fourth of the population. Wheat is the most important food crop, although its production is subject to great fluctuations in rainfall. Sugar beet production is also significant. Barley, corn (maize) and millet are the other important grains. Cotton is the largest and most reliable export crop. Lentils are a major domestic food, but they also are exported.

Other fruits and vegetables include tomatoes, potatoes, melons and onions. Furthermore olives, grapes and apples are grown at high altitudes, while citrus fruits are cultivated along the coast.

14-23% of the food energy consumed in Syria comes from crops that are not native to the region. Most of these plants’ diversity is found elsewhere on the planet.