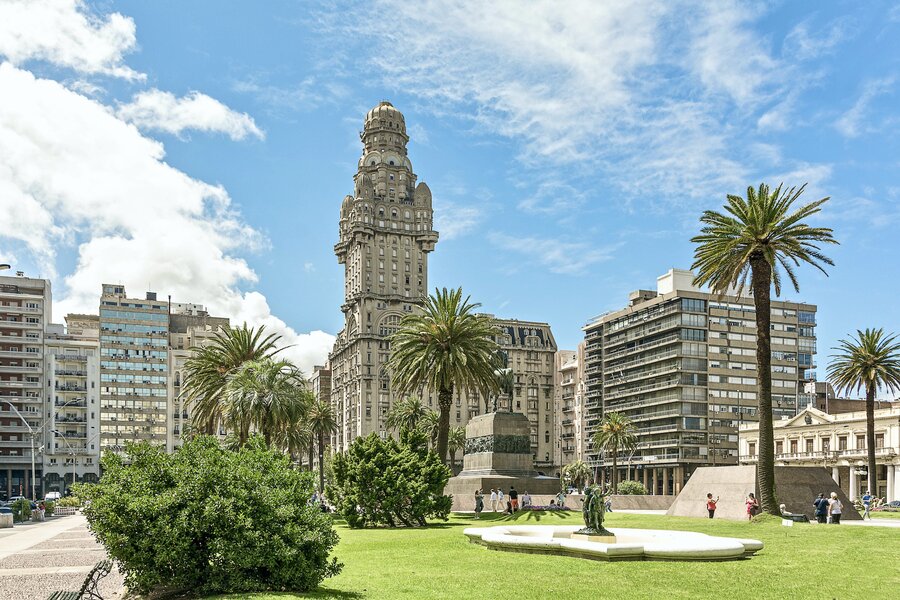 Uruguay has a population of over 3 million.

Uruguay may seem small in comparison to its neighbors, Brazil and Argentina, but it has more cultivable land than Japan, and a population forty times smaller. The country’s gross national product (GNP) per capita is among the highest in Latin America, and the nation has a large urban middle class.

90-100% of the food energy consumed in Uruguay comes from crops that are not native to the region. Most of these plants’ diversity is found elsewhere on the planet.