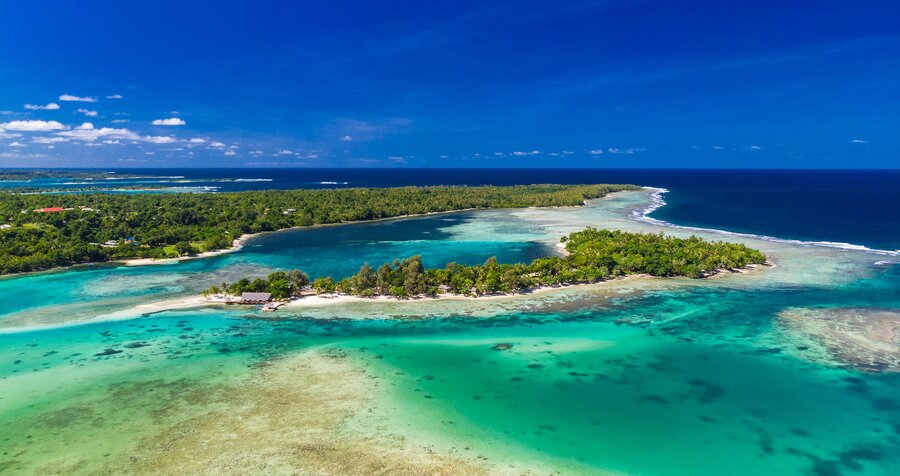 Vanuatu consists of 13 principal islands and many smaller islands to the west of Fiji. It has a population of over 277,000.

Subsistence agriculture has been the economic base of Vanuatu. European plantations in the island group after 1867 caused economic changes with the development of cotton, followed by corn (maize), coffee, cocoa beans and coconuts (for copra). Since independence in 1980, Vanuatu’s tourism and offshore financial services have emerged as the largest earners of foreign income.

37-74% of the food energy consumed in Vanuatu comes from crops that are not native to the region. Most of these plants’ diversity is found elsewhere on the planet.