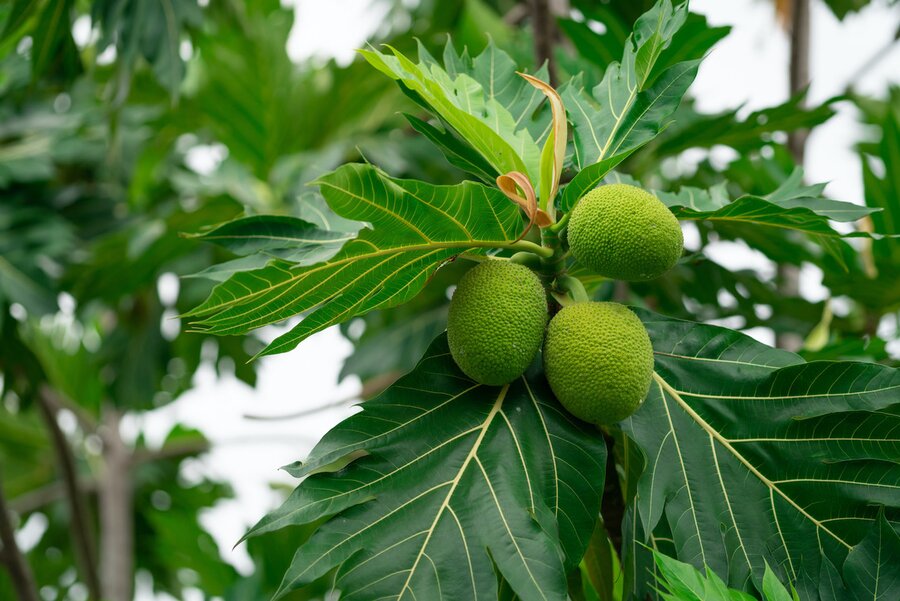 Breadfruit is a large, starchy fruit that grows on trees up to 25m tall. It gets its name from the texture of the partially-ripe fruit when cooked, which resembles freshly-baked bread. Genesys lists 272 accessions of Artocarpus species, all but two of them in the USA. The majority (78%) are traditional cultivars and landraces, with about 10% being advanced cultivars.

Several members of the genus have edible fruits. The two most common in Genesys are true breadfruit (A. altilis) and jackfruit (A. heterophyllus). The database also lists several hybrids.

Breadfruit is native to the South Pacific region. Polynesians adopted breadfruit as a staple and first distributed the crop on their travels around the Pacific. Other people then took it further afield, most notably on the infamous voyage of HMS Bounty. Jackfruit is believed to have been first cultivated in India and is now found throughout southeast Asia.

Most of the accessions are maintained by The Breadfruit Institute in a field genebank at the US National Tropical Botanical Garden in Hawaii.