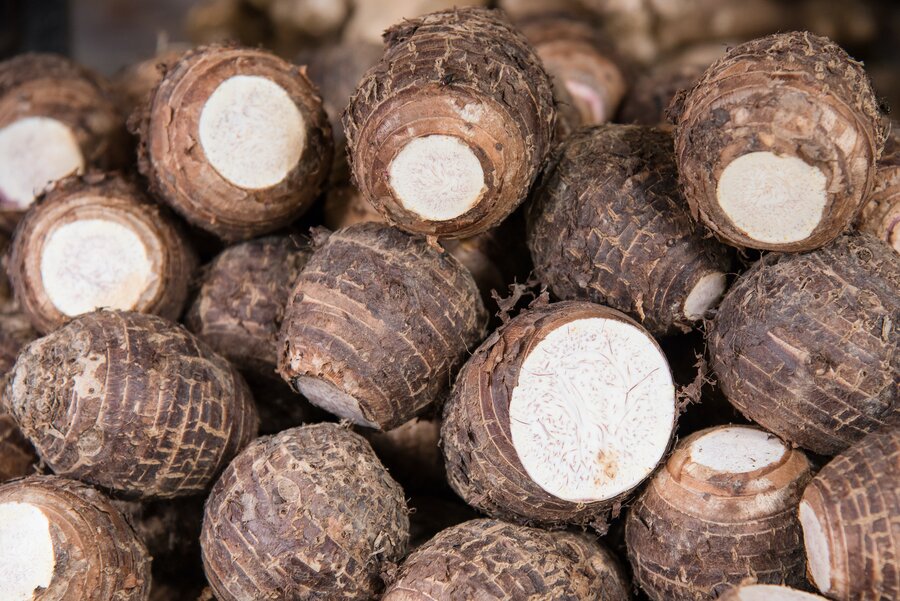 Taro (Colocasia esculenta) is grown for its corm and leaves. It is an ancient crop from north-eastern India with multiple centers of domestication. A wild form, C. esculenta var. aquatilis, is the progenitor of the cultivars grown today, including those in the Pacific. Xanthosoma is an important pan-tropical crop, with its center of origin possibly in northern South America. From there, Xanthosoma was introduced to West Africa, Oceania and Asia. Cyrtosperma merkusii (swamp taro) is the only edible form of its genus. Unlike taro and Xanthosoma, the leaves are not eaten although they may be used as medicines and for making fine-grade mats.