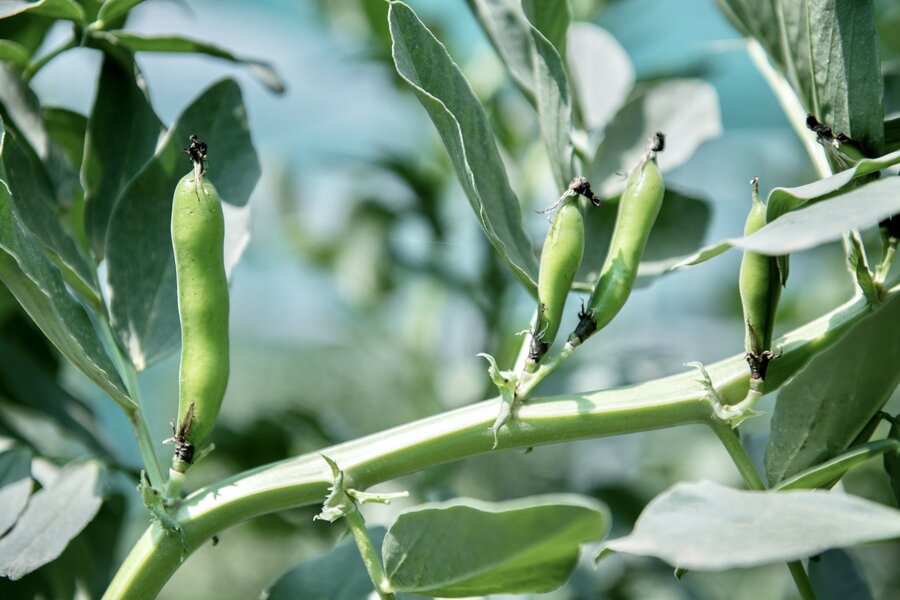 Also known as broad bean, fava bean, horse bean, field bean and tick bean, the faba bean is one of the easiest crops to cultivate. It grows well at high altitudes in the sub-tropics as well as in temperate regions.

The cultural roots of the crop can be traced back to descriptions in Homer, and in ancient Greece and Rome the beans were used in voting; a white bean being used to cast a yes vote, and a black bean for no.

Faba bean seeds are consumed from green to dry, and pods are eaten when young. The grain is one of the most important winter crops in the Middle East. Faba bean is a common breakfast food in the Middle East, Mediterranean region, China and Ethiopia. Worldwide the faba bean crop is mostly used for animal feed, mainly for pigs, horses, poultry and pigeons. The straw is also used for brick making and as a fuel in parts of Sudan and Ethiopia.

Faba bean’s high diversity and adaptability means it is grown from the equator to almost the Arctic Circle, and from sea level to very high altitudes. The different names reflect the variation within the species, with broad bean meaning the large-seeded cultivars grown for human food, while horse bean and field bean refer to cultivars with smaller, harder seeds used for animal feed.