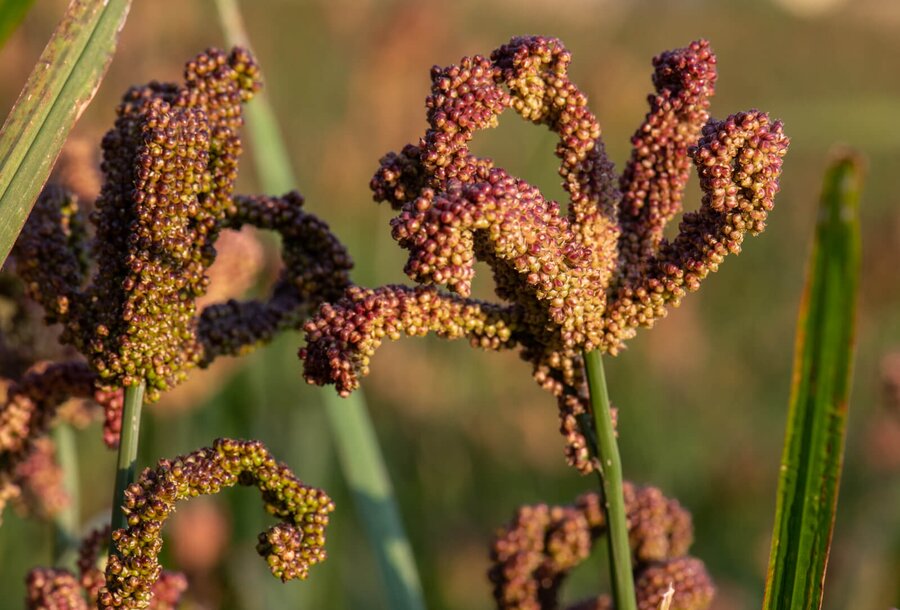 Finger millet is a hardy crop that is well-adapted to arid highland areas in Africa and Asia. Its small and tough grain is easily stored and is a reliable food source in times of drought and crop failure.

Finger millet is grown across the savannah and highlands of Eastern and Southern Africa, with the highest annual production on the continent in Uganda. The crop is now grown on a larger scale in India, from the dry southern states up to an altitude of 2,300m in the Himalayas.

By providing essential amino acids, finger millet is an important addition to diets relying mostly on starchy crops such as cassava, maize and plantain. The grains are ground and used in baking flatbread, preparing porridges and also for brewing beer. The straw is used as animal fodder.

As with the other millets, finger millet is a crop that holds great potential for further breeding. Most finger millet found in farmers’ fields are landraces (farmer-selected “varieties”), many with unique traits and properties that could be useful in other regions. Some of the challenges facing breeders include finding resistance to common finger millet diseases such as blast, tar spot and leaf blight, and combining such resistance with high yield potential. According to the CGIAR, finger millet’s grain yields could be competitive with those of rice and other “green revolution” cereals.