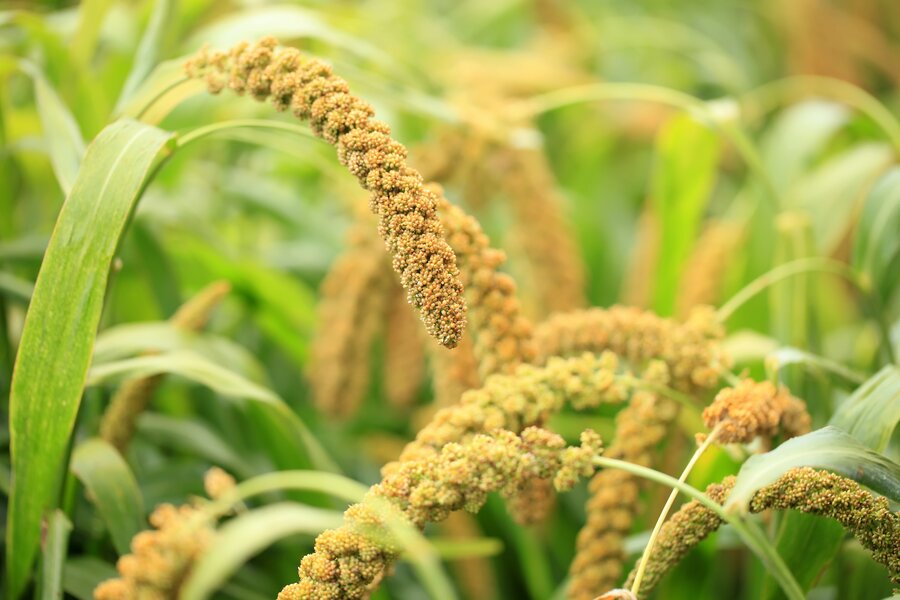 Millets are a group of small-seeded cereals that are important crops in areas where it is difficult to produce reliable yields with other crops, such as rainfed areas in semi-arid regions. Because they can grow in marginal areas, millets can foster climate resilience and food security. Globally, pearl millet is the most important millet crop, followed by foxtail millet, finger millet and proso millet. Barnyard millet is mainly grown in Asia, especially in India, China, Korea and Japan. Little millet and kodo millet have local significance, mainly in India. Teff is the most important food grain in Ethiopia, and fonio is predominantly grown in West Africa.

Although there is evidence of increased productivity in some millet crops, others have seen historical declines in their production areas, mainly because of shifts to other crops that require less intensive labor for household production and processing or that have a higher market value. Therefore, while millet crops continue to be important to local farmers and consumers, they are considered as minor crops in many countries and they are being replaced by other crops. This trend is threatening the genetic resources of these crops, as losses are occurring in areas where most of the diversity is maintained by local farmers.