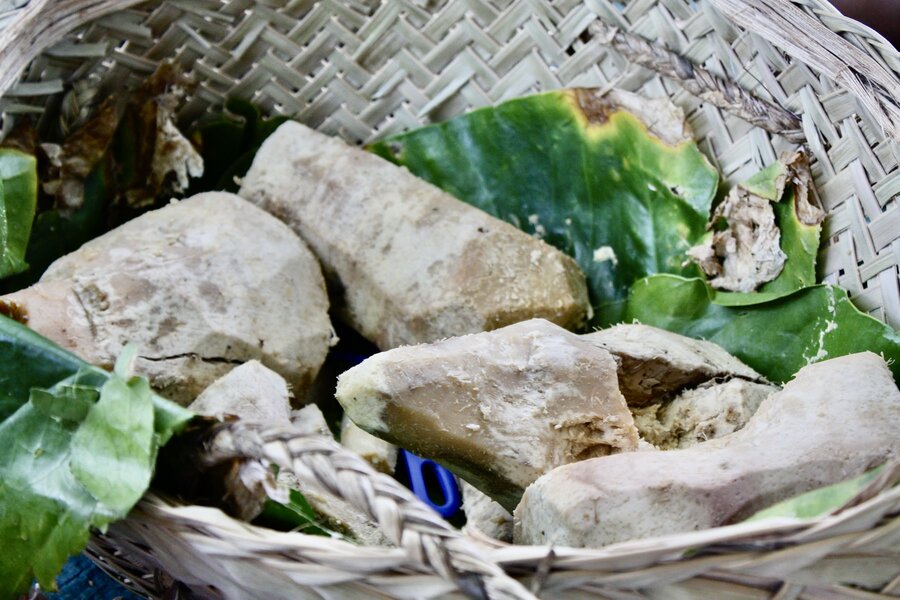 Taro (Colocasia esculenta), also known as cocoyam and malanga, is a highly polymorphic species, cultivated in the humid tropics and sub-tropics. It is an important staple in West Africa, Asia, the Pacific and the Americas, particularly the Caribbean.

This tuber crop is considered one of the oldest in the world. Reports of human use date back 28000 BP in the Solomon Islands. Its domestication probably took place in two separate places: one in northeast India and the other in New Guinea. Austronesians spread taro from New Guinea to Polynesia and Micronesia. Taro probably reached Africa together with bananas and yam (Dioscorea alata) during the Iron Age. The spread of the crop to America is still unclear. South Asian cultivars were probably introduced by the Portuguese, whilst Asian cultivars (e.g., from Japan, the Philippines and Vietnam) were probably introduced by the Spanish to the Americas.