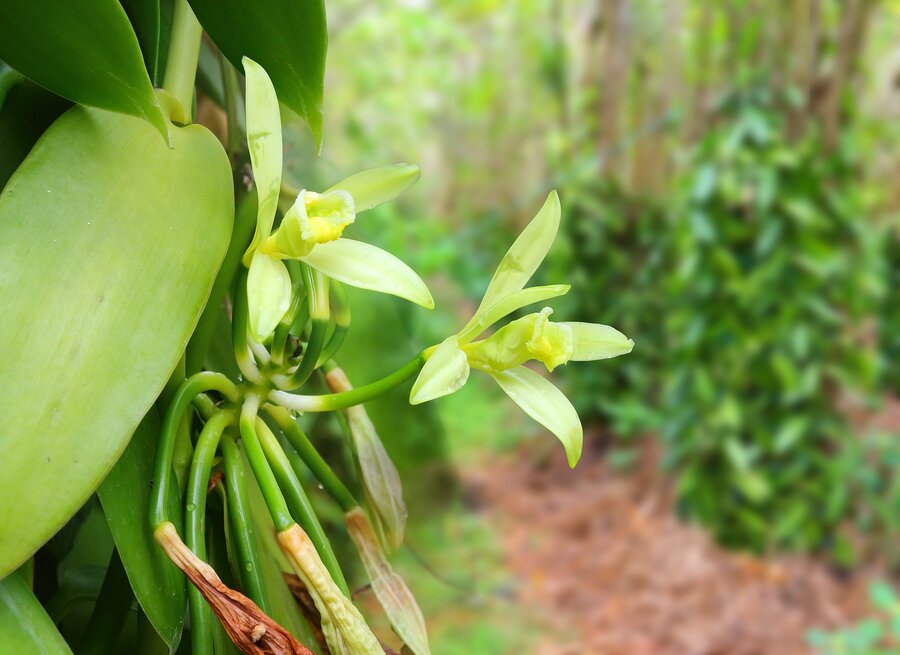 Vanilla is the only orchid genus known to produce a valuable crop commodity. The main species cultivated to produce vanilla are Vanilla planifolia Andrews, V. x tahitensis J.W. Moore and V. pompona Scheide. Botanically speaking, the fruit is a capsule, but it is commonly referred to as a “bean” or “pod.” The species commonly used to produce vanilla, V. planifolia, grows as a robust vine that can extend 20–50 meters.

Vanilla production and export are concentrated in 10 countries, with Madagascar established as the world’s leader. Vanilla production is an important source of income for smallholder farmers and local economies in tropical areas of the world, where cultivation of Vanilla plants in traditional agroforestry systems or in eco-plantations is recognized to have a positive impact on biodiversity.

However, global vanilla production and consumption are in a vulnerable situation, as inefficiencies in production and market systems have led to an unsustainable international market for the commodity. As there are viable sources of vanillin other than vanilla pods, the global vanilla industry is smaller than that of other spices such as black pepper or ginger.