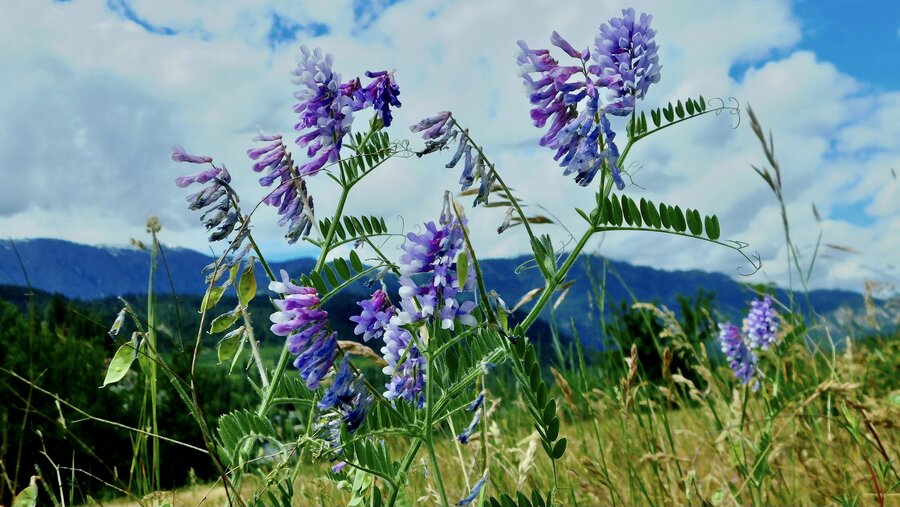 Vetch, also called tare, contains about 140 species of herbaceous plants in the pea family (Fabaceae). The most common vetch, the fava bean, is an important food crop, and several other species of vetch are cultivated as fodder and cover crops and as green manure. Like other legumes, they add nitrogen to the soil by means of nitrogen-fixing bacteria and thus are particularly valuable as a soil-enriching crop.