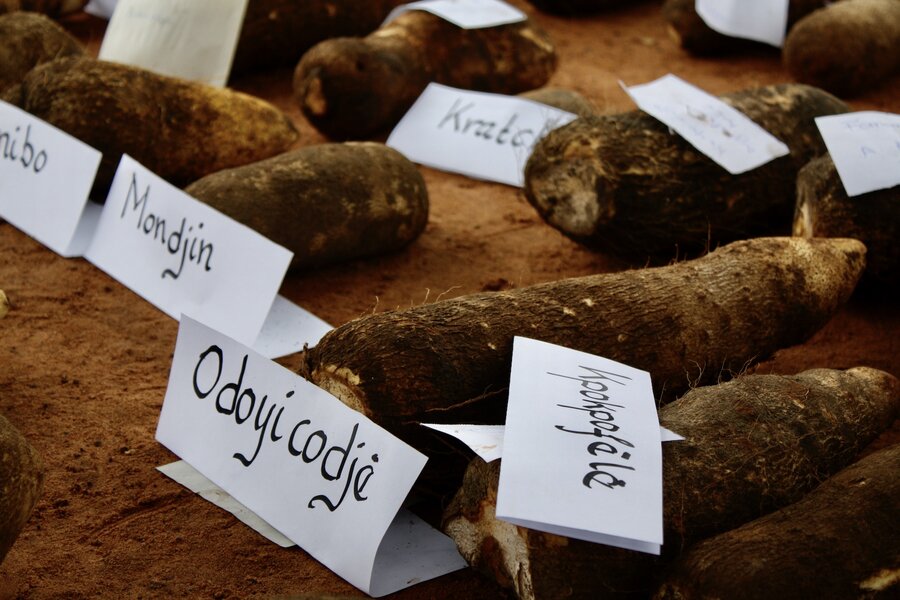 Yam is the second most important root/tuber crop in Africa after cassava, and is extremely important to food security in regions of Southeast Asia and the Pacific, as well as the tropical Americas.

Of the more than 600 Dioscorea species, seven species constitute the most important staple yams, but many of the wild yams are also important food plants. Yam tubers can range in size from that of a small potato to more than 50 kilos. White yam (Dioscorea rotundata) from Africa and water yam (Dioscorea alata) from Asia are the edible species most widely diffused in tropical and subtropical countries. The West African yellow yam (Dioscorea cayenensis) gets its color from the presence of carotenoids, and it is a good source of vitamin A. Dioscorea esculenta, grown on the Indian subcontinent, in southern Vietnam, and in the South Pacific islands, is one of the most nutritious yams.

Yam is a very important crop for food security because of its excellent storage properties; it can be stored for four to six months without refrigeration and provides an important food safety net between growing seasons. Bitter yams such as Dioscorea dumetorum have unpleasant and sometimes toxic properties and are eaten in times of food scarcity as a characteristic “famine crop.” Varieties with such properties need to be detoxified by soaking and cooking before eating.