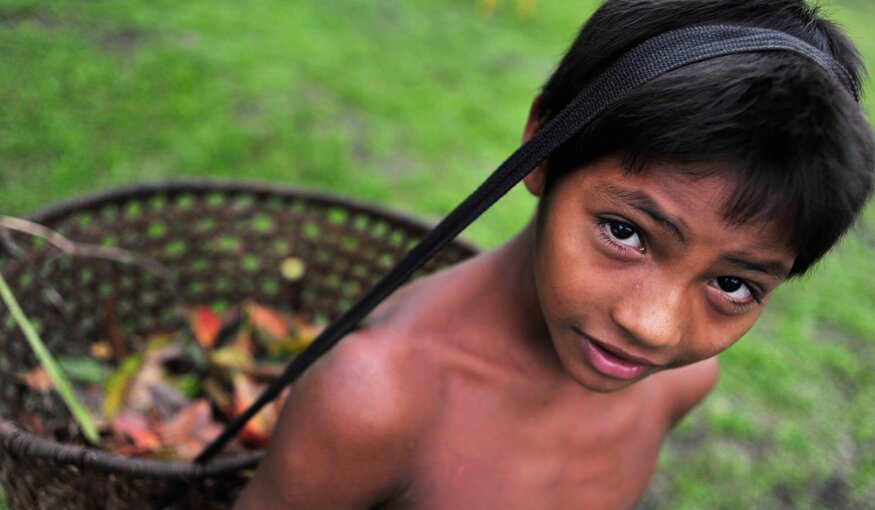 28 May 2017, World Hunger Day --  Marie Haga, Executive Director of the Crop Trust and Bev Postma, CEO of HarvestPlus, co-author an opinion piece for the Huffington Post, exploring hidden hunger, a hunger caused from mineral and vitamin deficiencies in the diet. In this piece, they take a look at the enormous impacts hidden hunger has across the world and discuss what's being done about it.

Poor diet accounts for 50 percent of all mortality in developing countries, and when nutritional deficiencies don’t kill, they can result in life-changing disabilities and illnesses, like blindness and anaemia.

There are reams of publicly available scientific data on malnutrition, but nothing puts the issue into starker context than former World Bank Group President Jim Yong Kim’s recent statement. He tells us that malnutrition affects one in three people globally - including 156 million children worldwide who are stunted - and costs the global economy $3.5 trillion per year. We find this shocking.

But there is hope. There are people waging a silent war on this largely invisible killer. Transformative progress in agricultural technologies has led to ground-breaking ways of developing varieties of staple food crops that provide higher amounts of the nutrients the poor lack the most. To date, HarvestPlus has developed seven so-called biofortified crops. These deliver crucial vitamins and minerals to the poorer, rural households that depend on staple food crops, in close collaboration with various CGIAR centers (an international consortium of institutions advancing agricultural research on food security).

The challenge for crop breeders is assembling all of the right pieces of the puzzle from genebanks to create micronutrient-rich crops that are also high yielding, resistant to pests and diseases, and meet the varied needs of demanding consumers.

But what if those pieces are themselves at risk?

Crop diversity is the raw material needed to breed stronger, more nutritious crops. But we are losing these essential building blocks at a rapid pace.

Changes in agriculture and land use, conflict, climate change, pests and diseases are all eroding the diversity of our crops and their wild cousins. In many places around the world where farmers have managed diverse agricultural landscapes, monocultures now predominate. Production has increased, but it has come at a price.

Thankfully, the Crop Trust works with genebanks around the world to conserve the crop diversity that is critical to nutritional security. These partnerships safeguard and make available the genetic resources we need to urgently and systematically breed plants that can tolerate higher temperatures, use less water, tolerate higher salinity in soil and can fight new pests and disease. And above all, provide better nutrition.

Perhaps the most famous example of biofortification is the development of the orange-fleshed sweet potato, a source of a chemical that the body converts into vitamin A. This is badly deficient among some Asian and Sub-Saharan populations, leading to blindness and premature death. For example, over nine million people in Uganda are expected to benefit from the vitamin A sweet potato in the next five years. Howdy Bouis, Maria Andrade, Robert Mwanga and Jan Low were acknowledged by the coveted World Food Prize in 2016 for their work on the vitamin A sweet potato.

Yet it remains sadly true that about 2 billion people lack essential nutrients in their diet, causing increased risk of disease and infection. The domino effect of this is a weakening of the bedrock of a nation’s economy, thus spurring social unrest, and even migration. Migration can in turn lead to more unrest in the countries receiving migrants and refugees. So you see, poor diets affect everyone.

With investment and research into the potential of biofortification, which is just starting to be realized, we can bring hope into the lives of up to a billion people by 2030. But for this to happen, we need to acknowledge crop diversity is key.