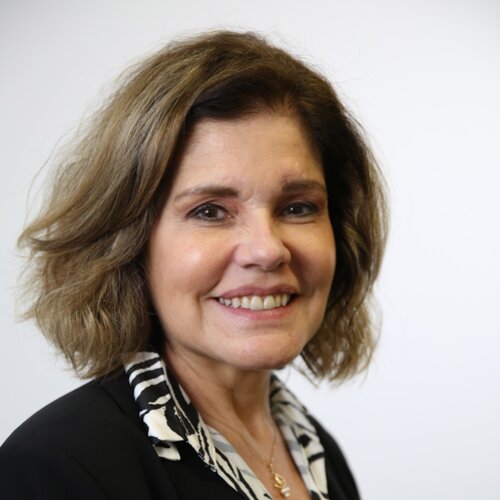 H.E. Mercedes Aráoz is a Peruvian economist and politician. Currently, she is a Professor of Economics at the Universidad del Pacífico’s School of Public Policy and Management in Lima, Peru.

Recently, she has been appointed Commissioner of the Broad Band Commission for Sustainable Development (ITU – UNESCO), and Cochair of the Academic Consulting Committee of the United Nation’s Forum on Sustainability Standards (UNFSS). She was the Minister of Foreign Trade and Tourism from 2006 to 2009, until she was appointed as Minister of Production (2009). In 2011, she ran for President, representing the outgoing government party.

Aráoz made history in 2009-2010 when she became the first woman in Peru to become a designated Minister of Finance. Between 2011 and 2015, she was the country representative for the Inter-Amercian Development Bank (IADB) in Mexico City. In 2017 and 2018, Aráoz served as Prime Minister, and from 2016 until 2020, served as a member of Parliament and as Vice President of the Republic of Peru.