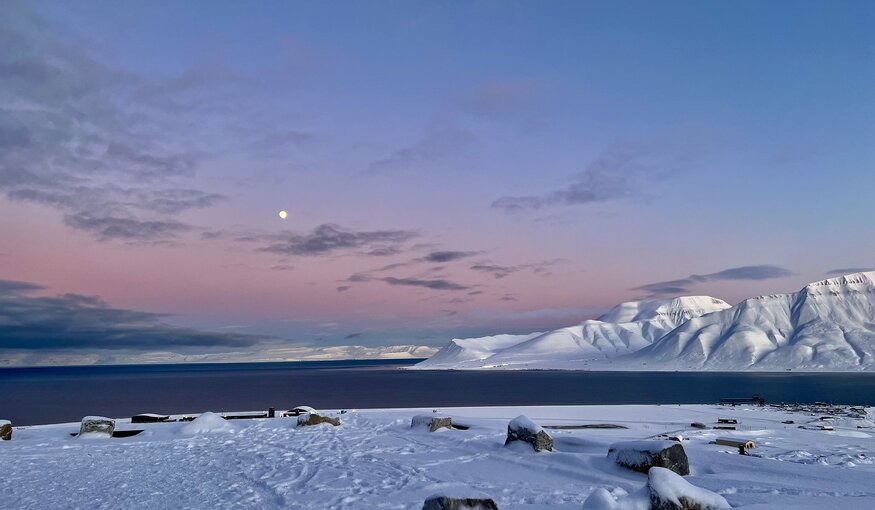 The moon peaks out while the sun creates a creamy morning sky after the end of Polar Night in Svalbard, outside of the Seed Vault. (Photo: Shaliz Barzani/Crop Trust)

The ancestor of your stir-fry might be growing closer than you think. Wild field mustard, or Brassica rapa, is an unassuming plant that reaches a couple of feet tall and produces clusters of small, yellow flowers perched atop spindly green stalks. It is the nearest wild relative to such produce aisle hits as turnips, napa cabbage, and bok choy. Outside of farm fields, feral forms of the plant are found worldwide thanks to human introductions, and these free-growing B. rapa varieties are edible, too. The plant has likely been grown, bred, and eaten by people for thousands of years.

But scientists have noticed some recent changes in B. rapa populations unrelated to intentional human breeding. Two studies, one from 2007 and another from 2018, compared field mustard plants grown from seeds collected and stored during different years in California. The researchers found that seeds produced before and after periods of major drought in the region developed into plants with notably different traits. Among other changes, seeds collected after droughts tended to grow into plants that bloomed earlier.