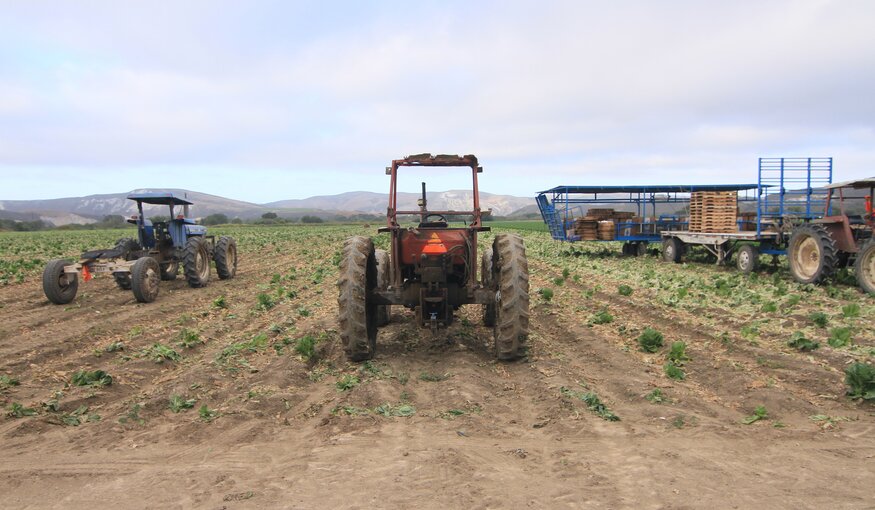 The Australian reports on the importance of crop diversity.

PROTECTING the diversity of the world's crops is "fundamental" for ensuring food security in the face of climate change, experts warn.

GOVERNMENTS, businesses, foundations and wealthy individuals are being urged to contribute to a $US850 million ($A920 million) endowment fund to conserve different crop varieties in perpetuity.

The call comes from the Global Crop Diversity Trust (GCDT), an international organisation working for conservation and crop diversity, supporting gene banks and efforts to collect crop varieties and their wild relatives.

The GCDT manages the Svalbard Global Seed Vault, which stores 825,000 crops as a back-up to other centres which are vulnerable, such as the Aleppo gene bank in Syria.

"We desperately need to have plants adapt to a changing climate, whether it's higher temperatures, more unpredictable weather, higher salinity, higher sea levels or new diseases as a result of climate change," she said."

We now need to breed or develop a new plant that, for example, is resilient to higher temperature - it's this diversity that gives us that."

Our job is to make sure we have diversity available for the farmers, and breeders' seeds to develop the new plants.

"Scientists have warned that a 1C temperature rise could cut yields of rice, a staple food crop for three billion people, by two per cent, she said.

But with the world on track for temperature rises of 3C to 4C, the consequences for the crop were going to be "dramatic".

"We need to feed another billion people in 10 years - that's challenging in itself - but combine that need for more food and more nutritious food with the complexities of climate change, it's pretty dramatic," she said.

"We think it's important to have these issues higher on the political agenda."The GCDT wants the endowment to fund the $US34 million annual bill to conserve crop diversity.

The trust is calling on a global coalition of 50 countries to support the goal and to propose contributions in their 2015 budgets, and will be holding a "pledging conference" in January 2016.