The Guardian reports on the addition of Brazilian beans and Japanese Barley to the Svalbard Global Seed Vault.

Some 20,000 plant species from more than 100 countries and institutions will be added to the global seed bank in Norway. 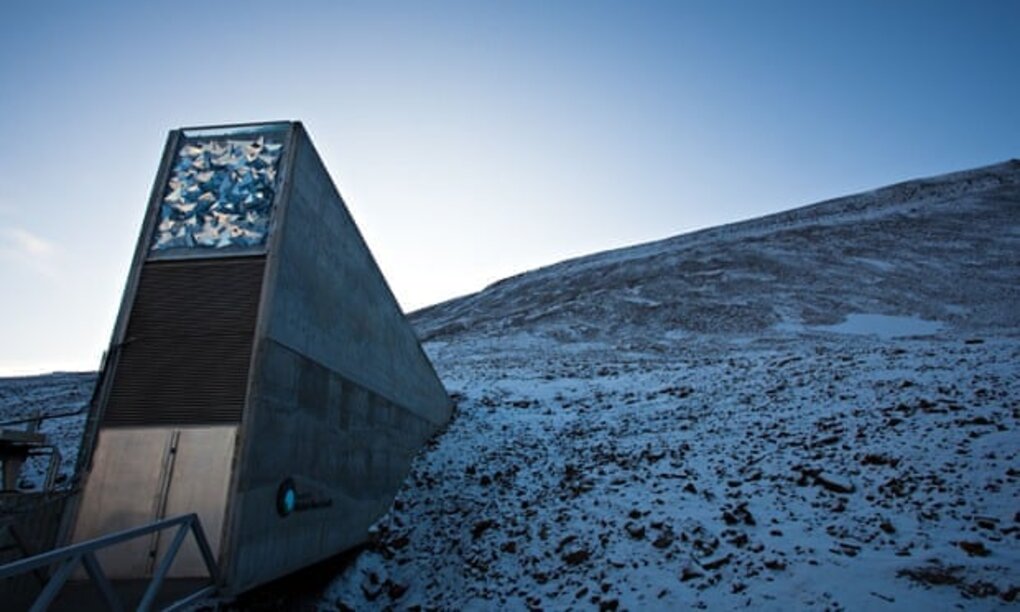 The entrance of Svalbard Global Seed Vault or the Doomsday Vault, a repository for seeds inside a mountain in Spitsbergen, Norway, 22 September 2009. Photograph: Alamy

A Noah's Ark of 20,000 plant species will unload this week at a remote Arctic port to deposit humanity's latest insurance payment against an agricultural apocalypse or a man-made cock-up.

Brazilian beans and Japanese barley are among the botanical varieties that are carried aboard the ship that is shortly expected to dock near the Svalbard global seed vault, that celebrates its sixth anniversary this week.

The facility, which is bored into the side of a mountain by the Barents Sea, is primarily designed as a back-up for the many gene banks around the world that keep samples of crop diversity for agricultural businesses.

But its operators, the Global Crop Diversity Trust, say the "Doomsday Vault" could also help to reboot the world's farms in the event of a climate catastrophe or a collapse of genetically modified crops.

Built to withstand a nuclear strike, a tectonic shift or rising sea levels, the vault has the capacity to store 4.5m different seed varieties for centuries.

Currently, it holds 820,619 samples of food crops and their natural relatives, but this is steadily increasing with one or two shipments each year, according to the trust, which maintains the seed vault in partnership with the Norwegian government and the Nordic Genetic Resources Centre. 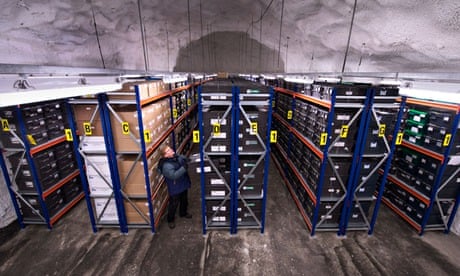 Currently, it holds 820,619 samples of food crops and their natural relatives, but this is steadily increasing with one or two shipments each year. Photograph: Jim Richardson/NGC/Alamy

The latest shipment contains deposits from more than 100 countries and institutions, including the International Potato Centre, the Australian Tropical Crops Collection and the International Maize and Wheat Improvement Centre.

A first collaboration with the Barley Germplasm Centre of Okayama will see the addition of the plant widely used for Japanese whisky and shochu. The Brazilian Agricultural Research Corporation is sending 514 samples of "the common bean" which is the primary ingredient in the national dish of feijoada.

Eventually it is thought that the vault may serve as a repository for every plant species used by humans.

"Each and every single deposit into the vault provides an option for the future," said Marie Haga, the Crop Trust's executive director. "At a time of unprecedented demands on our natural environment, it is critical to conserve plant genetic resources for food and agriculture. This will guarantee farmers and plant breeders continued access to the raw materials they need to improve and adapt crops."