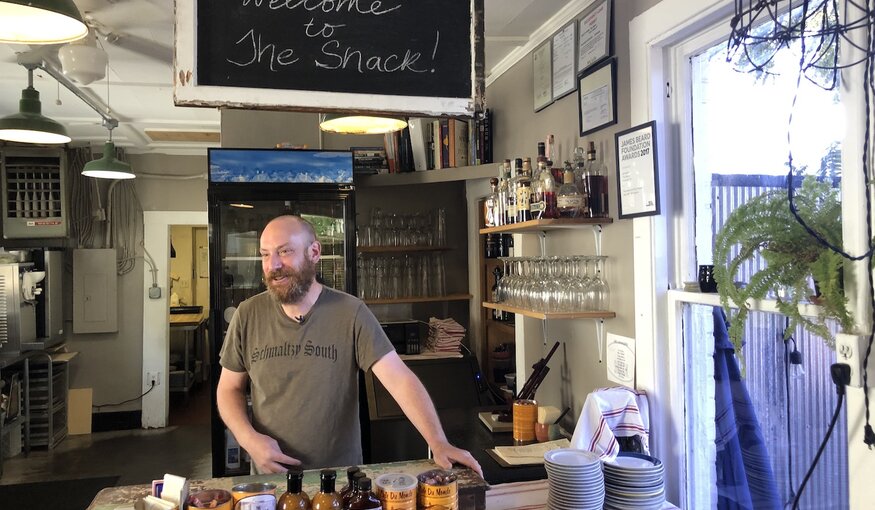 “California has nothing on us,” Chef Ian Boden, Owner of The Shack in Staunton, Virginia, tells Food Tank. “Except 70-degree weather 10 months out of the year.”

Boden is cooking in The Shack’s intimate, 120-square-foot (11-square-meter) kitchen for Food Tank and The Crop Trust as part of the #CropsInColor in Appalachia tour. Over a pot of Cherokee long greasy beans, an Appalachian heirloom crop, he explains what makes cooking in Appalachia unique. He also talks about how he finds connections between his mountain roots and his Jewish heritage at the award-winning restaurant.

“We have every climate, we have four seasons, we have water, we have mountains, and we have great wine, beer, spirits, and produce,” Boden says. “We have everything in this state.” And as a chef, shorter growing seasons push him to be more creative. “I think it’s a better place to cook.”