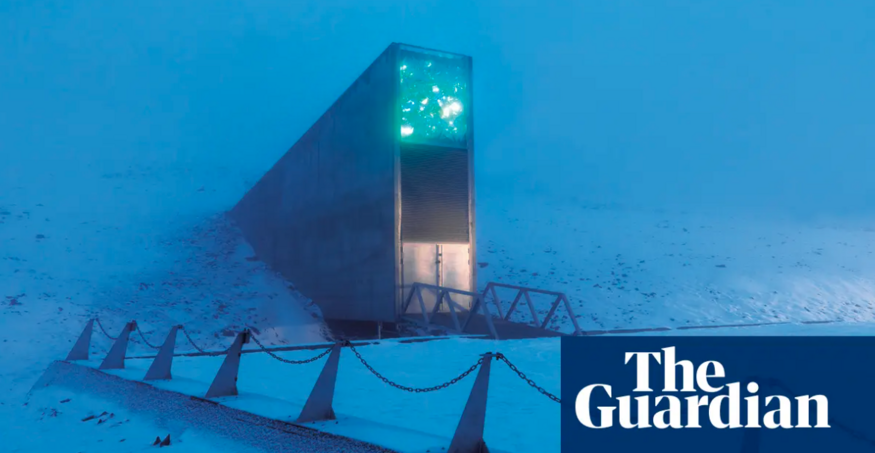 As the risks from the climate crisis and global conflict increase, seed banks are increasingly considered a priceless resource that could one day prevent a worldwide food crisis. Two in five of the world’s plant species are at risk of extinction, and though researchers estimate there are at least 200,000 edible plant species on our planet, we depend on just three – maize, rice and wheat– for more than half of humanity’s caloric intake.

There are roughly 1,700 seed banks, or gene banks, around the world housing collections of plant species that are invaluable for scientific research, education, species preservation and safeguarding Indigenous cultures.

“At a first glance, seeds may not look like much, but within them lies the foundation of our future food and nutrition security, and the possibility for a world without hunger,” said Stefan Schmitz, executive director of the Global Crop Diversity Trust, an organization dedicated to preserving crop diversity for food security. “Well-funded, well-maintained seed banks are critical to reducing the negative impact of the climate crisis on our agriculture globally.”

We take a look at some of the world’s most important seed banks, whose goal isto safeguard biodiversity as it rapidly diminishes.

The Svalbard Global Seed Vault, dubbed the “doomsday vault” or the “Noah’s ark of seeds”, aims to contain a duplicate of every seed housed in other banks across the globe. Its location is deliberately remote, sited in the Svalbard archipelago, halfway between mainland Norway and the north pole. The hope is that the permafrost and dense rock into which the vault has been sunk will ensure that seed samples remain frozen – although it was breached in 2017 by meltwater after high temperatures in the region.

Svalbard can store up to 4.5m varieties of crops and 2.5bn seeds . It houses more than 1.14m seed samples of about 6,000 different plant species.

Though it serves the global community, the seed vault is owned by the Norwegian government and managed with support from the Global Crop Diversity Trust, an organization dedicated to preserving crop diversity for food security.

“Collections of depositing gene banks destroyed by conflict or natural disasters such as fire, earthquakes or flooding can be restored by retrieving copies of those seeds from Svalbard,” Schmitz said. “There is no question that without such a facility we would be risking the security of our future food supply.”