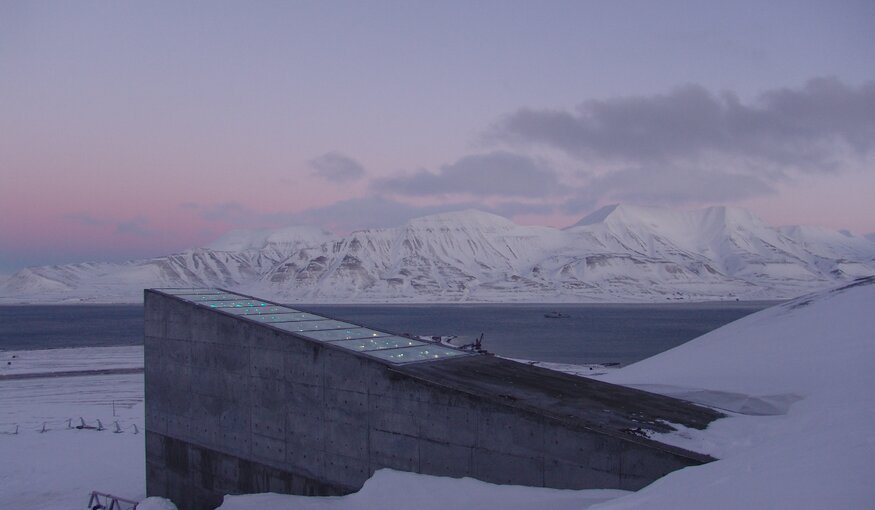 The International Center for Agricultural Research in the Dry Areas (ICARDA) has requested the backup seed that they deposited in the Svalbard Global Seed Vault to restart their collection away from the horrors of the Syrian Civil War.

The collection holds some of the world's most important diversity of wheat, barley, grasspea and other crops. This diversity provides our scientists, breeders and farmers the raw material needed to improve agriculture to overcome the challenges of climatic changes, population growth, pests, and diseases.

The Huffington Post published an article on the 22nd of September, covering the pending request of the Syrian CGIAR Genebank ICARDA to retrieve seeds necessary to uphold their collection.

The doomsday Seed Vault on Norway's remote Svalbard archipelago houses the world's back up supply of seeds to ensure crop diversity. It contains deposits of nearly 865,000 varieties of seeds buried within a mountain in case of catastrophe. Due to Syria's civil war, it will now allow a withdrawal of its contents for the first time in its existence.

The request to take out a small amount of the millions of total seeds from within the Svalbard Global Seed Vault comes from another genebank, the International Center for Agricultural Research in Dry Areas, which is currently based in the Lebanese capital of Beirut, but was previously headquartered in Syria.

One reason genebanks exist is to provide breeders, scientists and farmers with seed varieties to improve crop growth and yields in the face of changing climates. Amid Syria's brutal civil war, however, ICARDA has struggled to provide this function.

As it's become more and more difficult for the organization to handle requests for seeds from its former headquarters in Aleppo, spokesman Brian Lainoff of the Crop Trust that runs the Global Seed Vault explained that ICARDA has requested to get some of its deposits back from Svalbard.

"ICARDA has worked extremely hard and with extreme dedication to try and do their best during this time," Lainoff told The WorldPost.

ICARDA's requested seeds won't go back to Syria, but to a safer location outside of the country.

Numerous seed collections exist around the world to maintain biodiversity and food security in the event that disaster of any kind wipes out a crop variety. The Svalbard Vault acts as a sort of last-resort insurance policy in addition to those collections.

"If something were to happen to one of those collections around the world, they can always come back to the Seed Vault and retrieve what might have been lost," Lainoff says.

The Vault was established in 2008, and is built to survive rising sea levels, power outages and other calamities that could affect the seeds. Its main storage area is  kept well below freezing to preserve the contents, and it can hold 4.5 million varieties.

"There are seeds in the Vault that have originated from nearly if not every single country," Lainoff says. "It really is kind of the only example of true international cooperation. There's seeds sitting on the same shelf from North Korea and South Korea, and they get along just fine up there."

Around 500 seeds of each variety are contained within the Vault, according to Lainoff, and the different varieties are key to genetic resistance against potential disease that could affect the world's major crops.

What has caused the first withdrawal from the Global Vault is man-made, however, as fighting between the Syrian government and rebel groups, as well attacks from Islamic State militants, have devastated the country. The conflict has killed hundreds of thousands and forced more than 4 million people to become refugees.

ICARDA managed to move its headquarters from Syria in the early days of the war, while some of its workers remained at the genebank in Aleppo in an attempt to save the collection. The organization managed to duplicate 80 percent of its collection in Svalbard as of March this year, where the seeds were safely stored along with others from around the world.