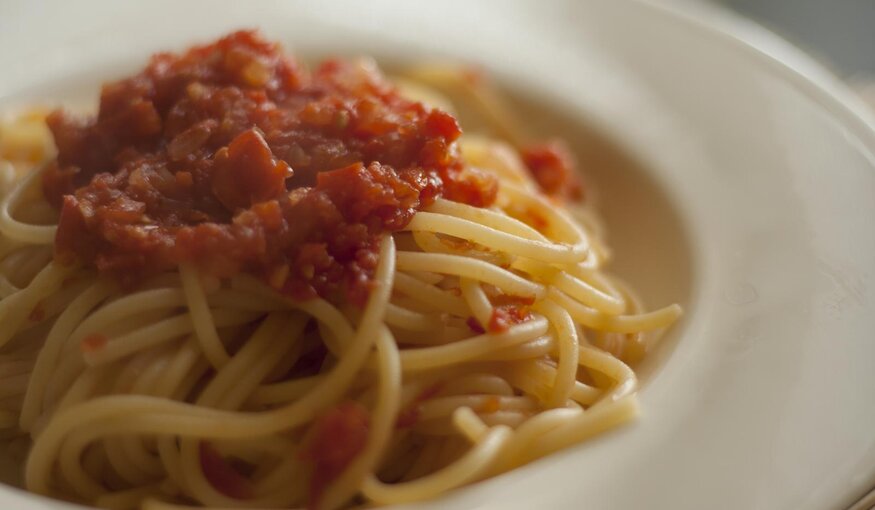 In December, Ms. Marie Haga penned an editorial in Panorama Magazine in Italy. Below is the English translation.

For centuries Italian cuisine has played a powerful role in shaping our eating habits, not just in the Apennine Peninsula, but across Europe and, more recently, the world.  From Apicius, or De re coquinaria in the 4th century, to the seemingly ever-present Italian-American cuisine of the 20th century, the impact of Lo Stivale on the culinary habits of the planet is difficult to overstate.

With such an influential tradition, it is only fitting that last week Italy played host to the 6th International Forum on Food and Nutrition in Milan.  The Forum, organised by the Barilla Center for Food & Nutrition, brought together experts from around the world to debate these global themes and challenges.

I was delighted to participate in this debate in my capacity as Executive Director of The Global Crop Diversity Trust, an international organisation working to guarantee the conservation of crop diversity, forever.

The outcomes from the Forum will help to inform the content of the Milan Protocol, a proposal for the future, which seeks to connect global citizens and policy makers and achieve three vital objectives: to promote healthy lifestyles and fight obesity; to promote sustainable agriculture; and to reduce food waste by 50 percent by 2020.  There is little doubt that the Protocol’s objectives are both timely and urgent.  Food security, and the challenge presented by the global imbalance of hunger on the one hand and obesity on the other, are pressing issues that affect us all.  The extraordinary paradox that for every one malnourished person there are two overweight people in the world is one that has rightly been identified as both unsustainable and immoral.

Encouragingly, the measures the Protocol has proposed so far are sound, practicable and, most importantly, achievable.  It highlights some of the many small steps that we can take as individuals, as families, as organisations and as nations to achieve the three key objectives and, in so doing, help protect all of our futures.

However, there remains one vital piece of the puzzle that is missing, a piece that is fundamental to and underpins not just the objectives of the Milan Protocol, but all of our aspirations in relation to food and nutrition worldwide.  That missing piece is preserving our crop diversity.

Simply put, without protecting crop diversity we risk losing the raw materials needed to feed the planet. Only about 150 crops, and a relatively small number of varieties of each of these, are cultivated on a large scale around the world.

This poses an enormous risk.  As our planet’s climate changes and growing conditions become ever more challenging, traditional crop types will produce ever-decreasing yields.  At the same time, the global population continues to grow apace.

This population relies on food that originates from different lands than their own. Pizzas and pastas that have made Italian cuisine famous around the world are made of crops that weren’t originally found in Italy. The wheat that makes up pasta and bread originated in the Middle East, while tomatoes that make up the sauces originated in the South American Andes. Because of the interdependence on crop diversity, everyone who is interested to improve agriculture has to do so through international collaborations. Diversity and the access to it strengthen food security.

Italian agronomists and institutions are already playing a leading role in ensuring that we are able to feed the planet in the future.  From 2004 to 2013 Italy received over 13 percent of the crop samples distributed to European Union countries from international agricultural research centers of the CGIAR.  This means that Italian breeders have access to more resources and improved information, enhancing their ability to breed the crop varieties needed for the future.

Preserving biodiversity is not difficult, nor is it expensive.  The varieties of many of the most important crops and edible plants can be safely stored at low temperature as seed in genebanks.  Working in partnership with agricultural research centres around the world, The Global Crop Diversity Trust is the only worldwide response to the challenge of preserving crop diversity.  Founded by the Food and Agriculture Organization for the United Nations and Biodiversity International, we have been spearheading the conservation of crop diversity in genebanks for the past decade.

Funding for these genebanks is not at all guaranteed – many around the world have faced cutbacks that have already led to the loss of unique seed varieties.  In response to this, the Crop Trust is raising an endowment, the interest from which will guarantee the effective conservation of all the varieties of key food security crops.  Equally importantly, our work will ensure that these varieties can be used to develop new strains to feed future generations.

The Crop Trust has already raised over USD 180 million from governments, foundations, companies and individuals around the world.  In order to achieve our goal, we are working to increase that sum to USD 500 million by the time of our international pledging conference in 2016.  The Milan Protocol provides a unique opportunity to encourage individuals, organisations and nations to contribute to the endowment and, in so doing, preserve crop diversity forever.

The final draft of the Protocol is scheduled to be presented to the world at Expo Milano 2015 the theme for which is, appropriately, Feeding the Planet, Energy for Life.  If the Protocol is to achieve its three key objectives it is vital it addresses the need for us to preserve crop diversity and makes explicit reference to this need within its guidelines.  I sincerely hope that last week’s Forum will deliver the legacy that helps us make progress toward this goal, one that would cement Italy’s historic reputation as a global trailblazer in defining not only good food, but the food we all need to thrive.