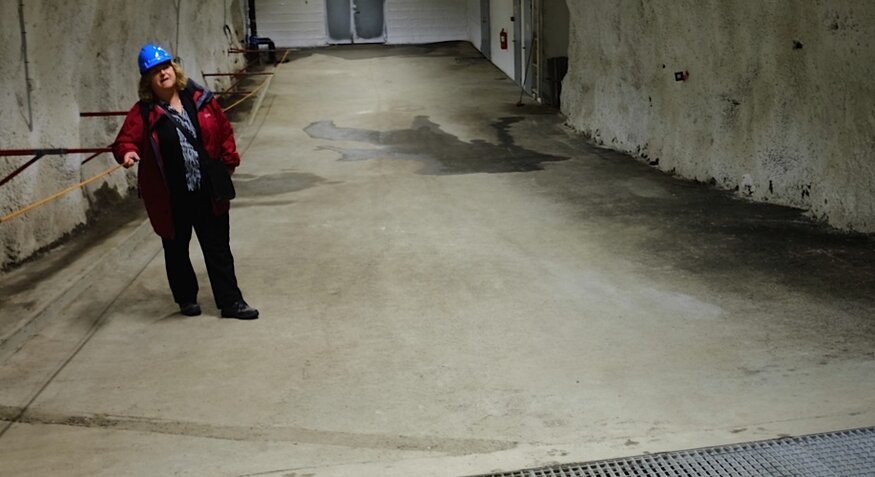 On the 23rd of October 1987, a young crop collector named Jane Toll was taking part in a collecting mission in central Chad, helping the staff of the young country’s genebank seek out and conserve indigenous diversity.

“Our focus was mostly forages,” Jane recalls. “However, what we found was areas where there were lots of wild rices, and they were quite interesting. These were growing in shallow pans that baked dry once the rains had finished. But while there were rains, wild rice grew in these pans. And, in fact, the local people gathered it to eat. Now I can’t be certain if that was just in times when their own stocks of millet and sorghum were low because of delay in the rains, or whether they did it out of choice, but we saw them gathering these wild rices.”

According to the mission report, still preserved in Bioversity International’s online archive (pdf), there had been five years of drought in the region. Only the toughest weeds were thriving. “There is no doubt,” the report warned, “that if these droughts persist and the habitats continue to dry out each year, then eventually the populations will be wiped out and the wild rices eliminated from the Sahel.”

A photo taken by one of her colleagues records the moment when Jane collected some seeds of the wild rice Oryza longistaminatafrom a seasonal pond near the village of Djédaa. These were the first seed-bearing plants the team had found of this species. Tough and weedy, O. longistaminata is now known to carry traits that can be crossed into cultivated rice varieties to confer drought tolerance, yield increases and resistance to bacterial rice blight, a nasty disease.

The samples collected in Chad entered the national genebank, and duplicates were also sent to the global rice collection of the International Rice Research Institute (IRRI) in the Philippines. “Through Genesys, and then by checking with Ruaraidh Sackville Hamilton, who manages the IRRI collection, we discovered it’s still alive and well in the genebank, and it’s actually also in a box at Svalbard,” Jane says.

Indeed, the accession page on the Genesys portal shows the history and detailed characteristics of the seed sample, along with 295 other accessions of O. longistaminata in international collections (only eight come from Chad). It also shows that twenty-seven years after the photo was taken, an envelope of 223 seeds descended from this particular plant is now safely tucked away in arctic permafrost in the Svalbard Global Seed Vault. And it’s by no means the only envelope in the Vault that Jane had a hand in putting there.

It’s been a long journey for those seeds, but also for Jane. Following nearly a decade of collecting missions in Chad, Ethiopia, Zimbabwe, Zaire (now the Democratic Republic of the Congo), Rwanda, Burundi and, more prosaically, Sicily, she became Coordinator of the CGIAR System-Wide Genetic Resources Programme. This was a pioneering effort to foster collaboration and coordination among the CGIAR collections, of which IRRI’s is only one. Jane was a catalyst in this, and ultimately the development of the Crop Trust.  In 2007, she joined the Crop Trust itself. As our Senior Project Manager Jane has managed activities bringing together hundreds of partners to help build the global system of conservation she has always envisioned.

If anyone needs some hardy O. longistaminata from Chad, the Genesys portal indicates that the accession is available for distribution from IRRI, under the International Treaty on Plant Genetic Resources for Food and Agriculture. The Crop Trust and its partners will see to it that the genetic resources community will never lose access to this seed. Unfortunately, we can’t make the same promise about Jane. This month, she retires after more than thirty years of work which has taken her from the Sahel to the Arctic Circle.

The seeds she had a hand in collecting are only a small part of the legacy she leaves us. This legacy also includes the people she brought together, supported and encouraged in their ongoing advancements of the conservation effort. Like Charlotte Lusty, Luigi Guarino and Hannes Dempewolf, who became her colleagues at the Crop Trust, along with Beri Bonglim and Cristian Moreno, who have started on their paths in conservation science with the good fortune of working with Jane. They – and the rest of the Crop Trust – came together at the end of Jane’s last day to celebrate her as an unforgettable manager, colleague, scientist and friend. In an evening of stories and barbecue, it was clear to all that Jane will be remembered as one of the people who matched personal commitment with tireless cooperation to make crop conservation the global effort it is today. Or perhaps Executive Director Marie Haga said it in the fewest words: “Jane is simply a legend.”

The Crop Trust joins the entire community in thanking Jane for bringing so many people and dreams together over the years. Your legacy is secure, Jane. And so are your seeds.