I collect stories about genebanks making a difference. Well, somebody has to, and it’s kind of my job.  I find them all interesting, but like happy families, such stories are mostly pretty much the same. Breeder goes to genebank with a problem; finds something that might help but is not great in other ways; crosses it with something that she already has and is great, except for that one problem; keeps doing that, and eventually comes up with a new something which both solves the problem and farmers still want to grow, thus achieving that elusive thing, impact; moves on to next problem.

Important to know, but not exactly riveting.

Which is where beer comes in. Beer is riveting. So you can imagine how excited I was to hear recently about genebanks making a difference with the amber nectar, and without breeders getting in the way to boot. I got the story from Ove Fosså, President of the Slow Food Ark of Taste commission in Norway. He told me about Bøgedal Bryghus, a small Danish brewery established in 2004, which makes around 30,000 bottles per year. Some of its beers are made from heritage barley varieties, some of which were sourced from a genebank, the Nordic Genetic Resources Center in Sweden.

From genebank, to farm, to beer. That’s got your attention, hasn’t it. It certainly got mine. That’s the kind of impact we can all agree on.

Bøgedal is proud of using heirloom barleys, and even provides the accession number on the bottle. Have a look. 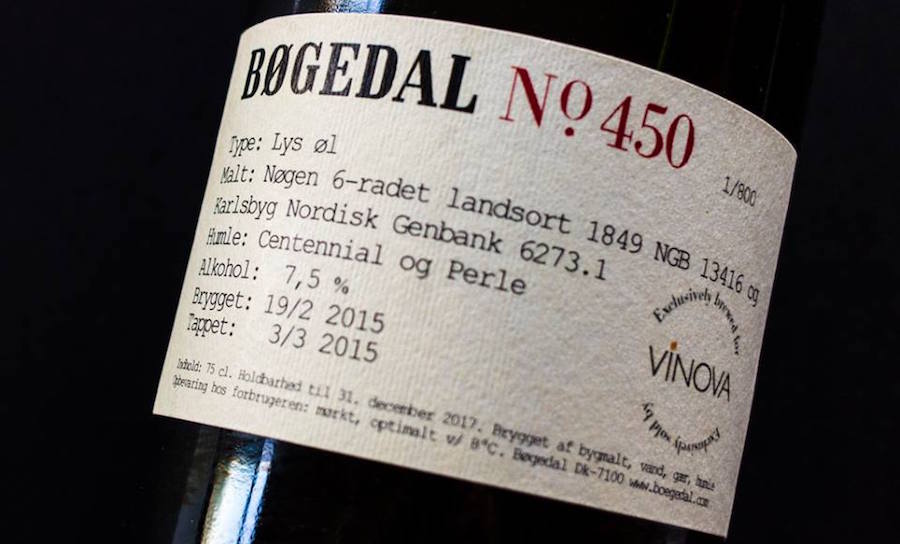 And that leads to another story that’s well worth repeating. Note the accession number, NBG13416. Knowing that it’s from NordGen, you can look it up in their database. This is what you get: 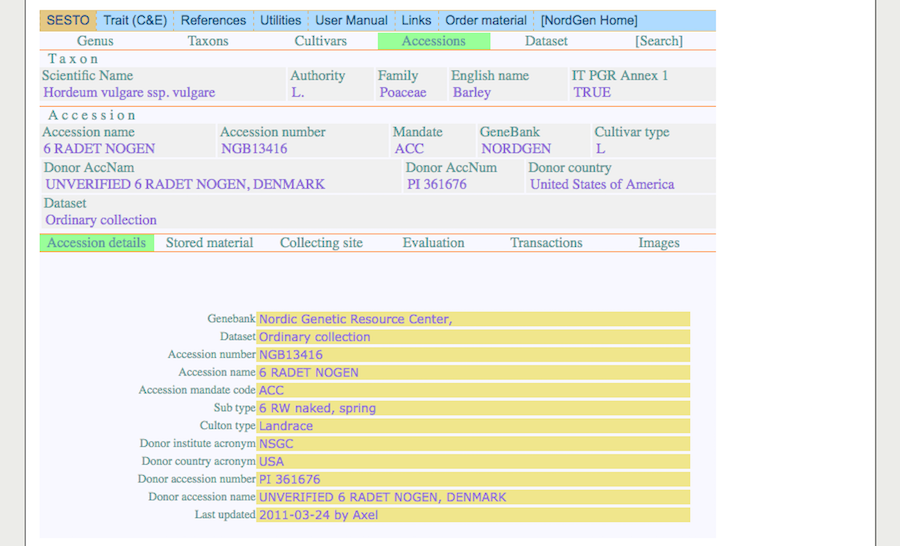 The interesting thing about this is that although the landrace in question, Radet Nogen, is originally from Denmark, the sample in the NordGen genebank actually came from the United States. Thank goodness for collaboration among genebanks, eh? Cut that PI361676 and paste it into the American genebank’s information system, GRIN-Global, and you get more information. This is just a taste, there’s actually a lot more available on this accession.

I know what you’re thinking though. Wouldn’t it be cool if there was a single place where you could go online to get information on this kind of barley, without having to jump from one database to another, and indeed without having to know in which genebank to look in the first place.

Well, that other story I wanted to tell you is that, in fact, there is.

It’s called Genesys, and we’ve been working on it at the Crop Trust for a number of years now. Go and type Radet Nogen into the text search box and stand back. This is what you get.

So our friend is not just in the USDA collection (USA029) and at NordGen (SWE054), but also at ICARDA (SYR002). And yes, in the Svalbard Global Seed Vault too, as you’ll see if you click on the accession number.

There’s a lot more you can do with Genesys. For example, do you want to see where barley has been collected from around the world? Here it is. 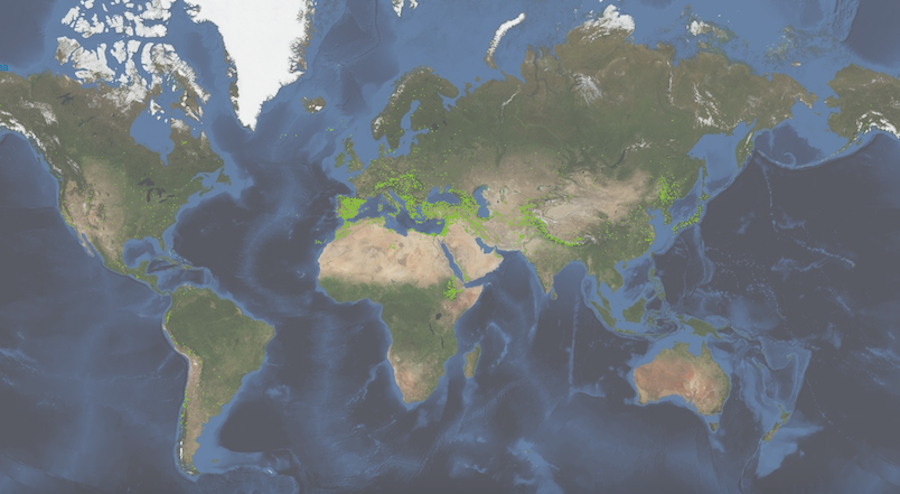 There’s data on 2,573,870 accessions from 447 institutes in Genesys at the moment, covering the international collections managed by the CGIAR, the US national system and the European network of genebanks. But we’re working all the time to expand that coverage. The Brazilian plant genetic resources network has agreed to combine its data with that from other genebanks from around the world, and our IT people are working with their IT people to make that happen.

Genesys is actually going through a bit of a re-vamp behind the scenes at the moment, and I’ll tell you about that when it finally happens. For now, crack open a beer, and celebrate genebanks making a difference.