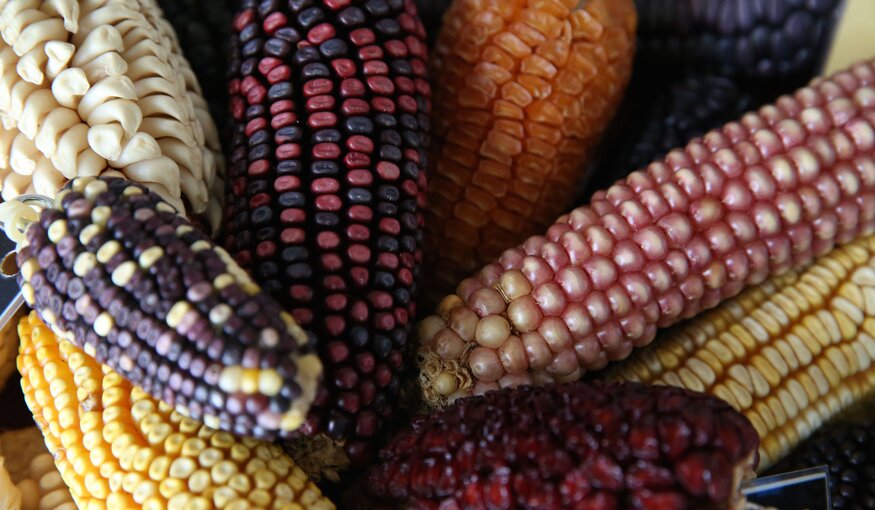 6,700 years ago the ancient Peruvians were eating popcorn – 1,000 years earlier than previously thought, according to a study by the Museum of Natural History in Washington, USA.

The analysis revealed that ears found in Paredones (Ica) and Huaca Prieta (La Libertad), on the arid north coast of our country, are between 6,700 and 3,000 years old.

The characteristics of the ears, the first ever discovered in South America, indicate that the inhabitants of these places ate the product in several ways, including cornmeal. However, this grain was not yet an important part of their diet.

The research group, led by Tom Dillehay of Vanderbilt University and Duccio Bonavia from the National Academy of History of Peru, also found starch grains and phytoliths.

Along with information on farming’s distant past, archaeological sites on the coast of Peru have also given us a charming mental picture: prehistoric South American families listening to stories around the fire, munching on popcorn. It’s almost hard to believe that popcorn has been around longer than movie theaters, but in fact it’s one of the oldest ways to eat maize (or corn). It’s probably as old as the crop itself.

Popcorn is a specially bred, explosive type of maize. From an important beginning it dwindled to an occasional snack as maize became the world’s biggest crop. For every ear of popcorn harvested today, farmers produce 16 bushels (or 400 kg) of other maize varieties. The huge global harvest is variously milled, fed to livestock, processed into syrup, oil, biofuel and industrial starches, and occasionally eaten fresh off the cob. Grown in greater volume than any agricultural product in history, it’s a massive global commodity, but also a staple food for more than 1.2 billion people. Maize meets a third of the calorie needs of Latin America, the Caribbean and sub-Saharan Africa. Even in Peru, homeland of the potato, maize grows on twice as much land as the famous tubers.

On the route to becoming an industrial crop, the enormous diversity of maize was distilled down to a comparative handful of hybrids with consistent kernels and high yields. In the millennia-old history of the crop, this happened in the blink of an eye. Mexico, where maize was first domesticated, has lost 80% of its varieties since the 1930s. The result is a pillar of the world’s food system resting on a shockingly fragile genetic base.

The first realization of this risk struck home in 1970. A previously unknown fungal disease called southern corn leaf blight appeared in the USA, the world’s largest maize producer, and moved like a prairie fire through the heartland. In the course of a season the fungus wiped out 15% of the country’s production. Only later did researchers discover that vulnerability to the blight was tied to a genetic sequence used in the creation of all popular hybrids, making the entire country one big, homogenous target for the fungus. After the blight American maize became less vulnerable, but only by a degree: 43% of maize grown there today is derived from just 6 inbred lines.

Yet not all maize diversity has been left to a distant past. A rainbow of traditional landraces can still be found in Latin America and elsewhere, and thousands are also conserved in genebanks.  The International Maize and Wheat Improvement Centre (CIMMYT) in Mexico holds more than 20,000 accessions, including 1,200 examples of traditional Peruvian maize, with the Crop Trust’s long term support. From here CIMMYT distributes seed to breeders in many countries who are trying to bring diversity back to this vulnerable crop. In the genebank are even kernels of the ancient popcorn Confite Morocho, an offspring of two of the varieties unearthed by archaeologists in Paredones and Huaca Prieta. Popcorn’s long and diverse lineages are full of traits no longer found in most maize fields, and some of these hold the potential to make maize a better, safer, more sustainable crop for the world. And to ensure that we’ll always have something to snack on.