In his two-decade career, Brent Stirton has focused his work on issues dear to his heart, which include conservation, sustainability and the environment. He has won nine awards from the World Press Photo and ten from the Picture of the Year International contest, two of the most prestigious photo journalism awards in the world, and just a few of the many accolades he’s received over the course of his career. Without a doubt, Stirton is one of the top photojournalists working in the field today, and we were fortunate enough to have Brent take part in the Crop Trust’s #CropsInColor campaign.

Given the amazing images he brought back to us from the Philippines and Vietnam, we couldn’t wait to share them with you and audiences around the world.

Before we publish the full slideshows that highlight rice, maize and cassava and the role each plays in Southeast Asia, we are excited to share this spotlight on Stirton and dig deeper into his inspiration and experiences while shooting across the region.

We thank Brent and Getty Images Reportage for believing – and supporting – the work of the Crop Trust and its many collaborators across the world. 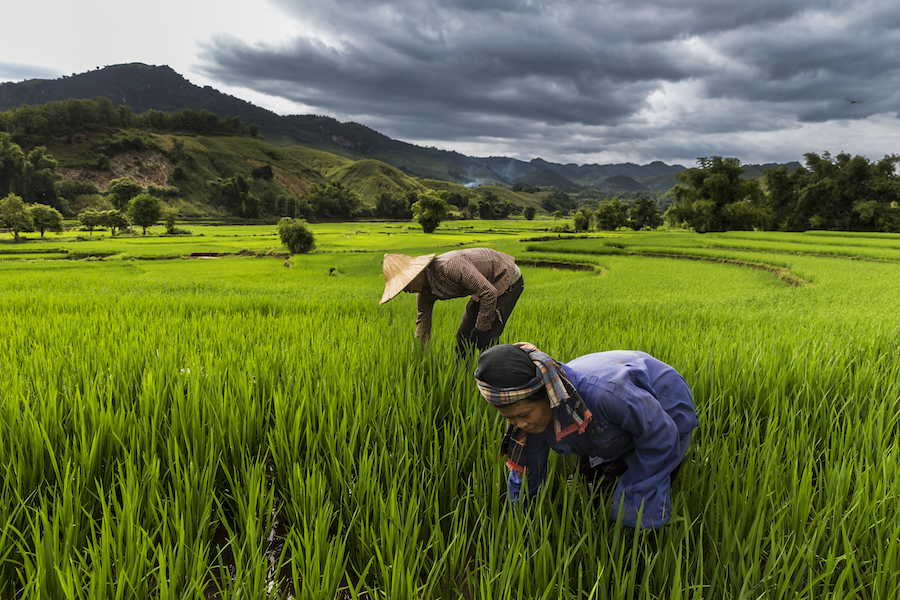 The #CropsInColor campaign touches upon issues that are important to you, like food security, agriculture & environmental sustainability. Can you elaborate on why this is important to youand why others should care?

Overpopulation, food and water security and climate change are the true dominant issues of our time. There are other issues that mainstream media considers more sensational, but the true drama of the world is disguised in the everyday needs of the common man and woman.

Feeding your family and ensuring the wellbeing of your children and your community - this is still the primary preoccupation of most of the people on earth today. If we neglect to care about these things, conflict, revolution, mass starvation and untold suffering are just around the corner. 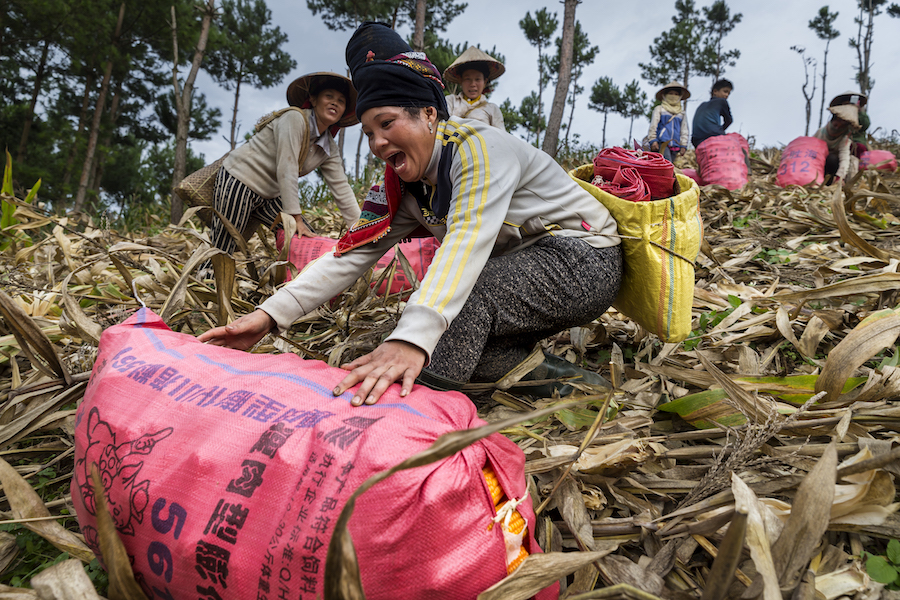 From what you saw, experienced and documented in the Philippines and Vietnam, what can you share with us about the role maize, cassava and rice play in people's lives?

These crops are at the forefront of people’s thinking in farming communities. Not only as a subsistence crop but also for sale and trade. These are economies that are eons old and as people evolve, they want more than simply to feed themselves. The rise of cassava and maize as a cash crop is part of improving the lives of these communities. 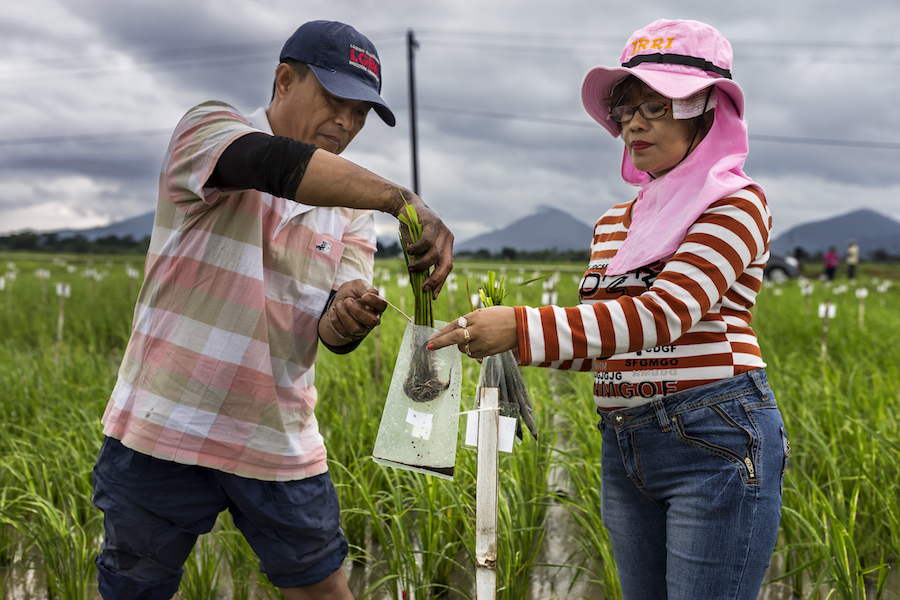 Is there anything new you yourself learned about the relationship between the people you met and these important crops for food security?

People see their heritage and their ancestors in specific seed types. It was interesting for me to meet people who thought that way and took pride in that.

It was also gratifying to hear how seed banks had made it possible for farmers to source seed varieties that they knew from their childhood but that had become extinct in their communities. It really meant a lot to them to rediscover those specific strains.

Though you've shared with us many wonderful and powerful images, if you had to choose, what one image per crop encapsulates the crucial role these crops play in people's lives? 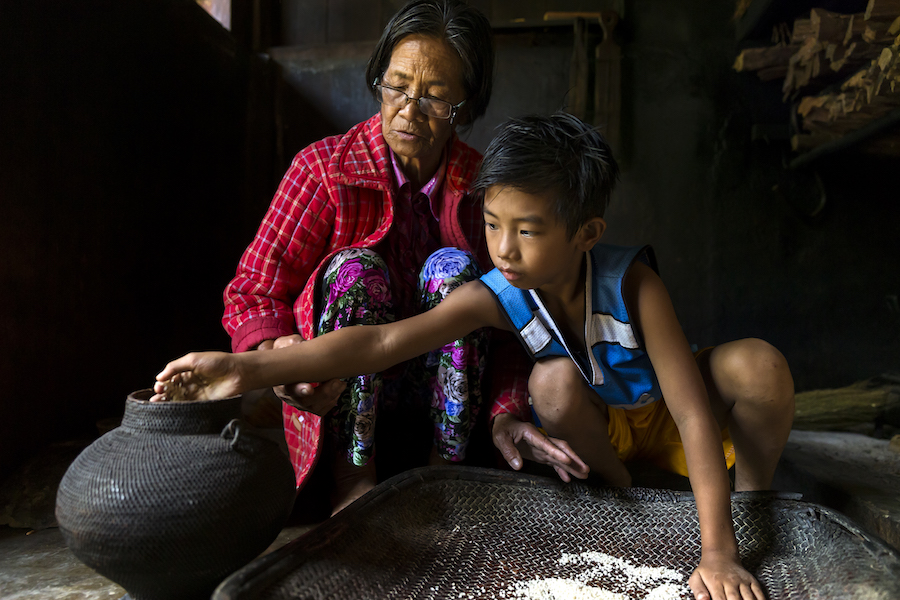 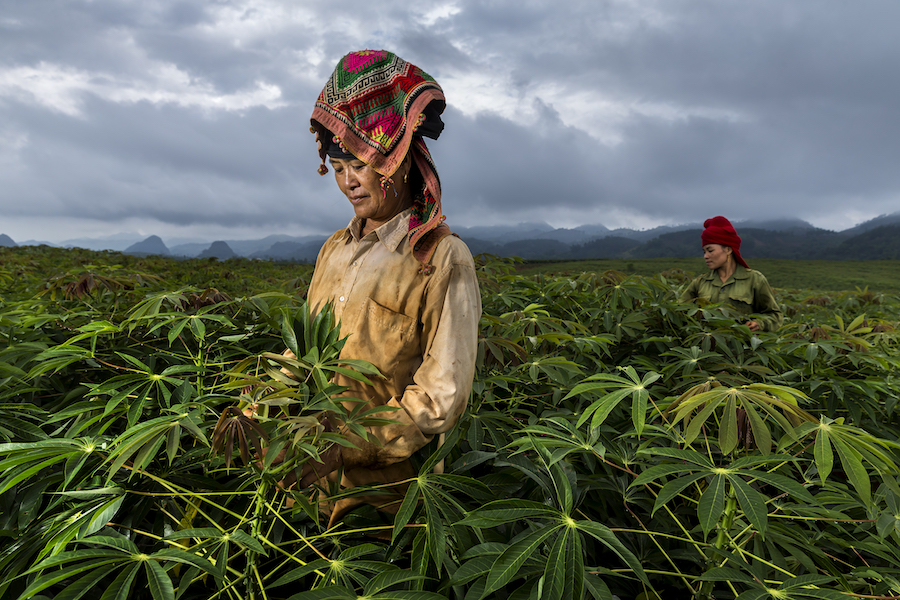 This is a mother and daughter team who tend this vast field of cassava. There is a sense of continuity between generations. The daughter attends school from the funds raised by this crop, something the mother never had the opportunity to do. Their lives move beyond mere subsistence as a result of having a cash crop as well as a subsistence crop. 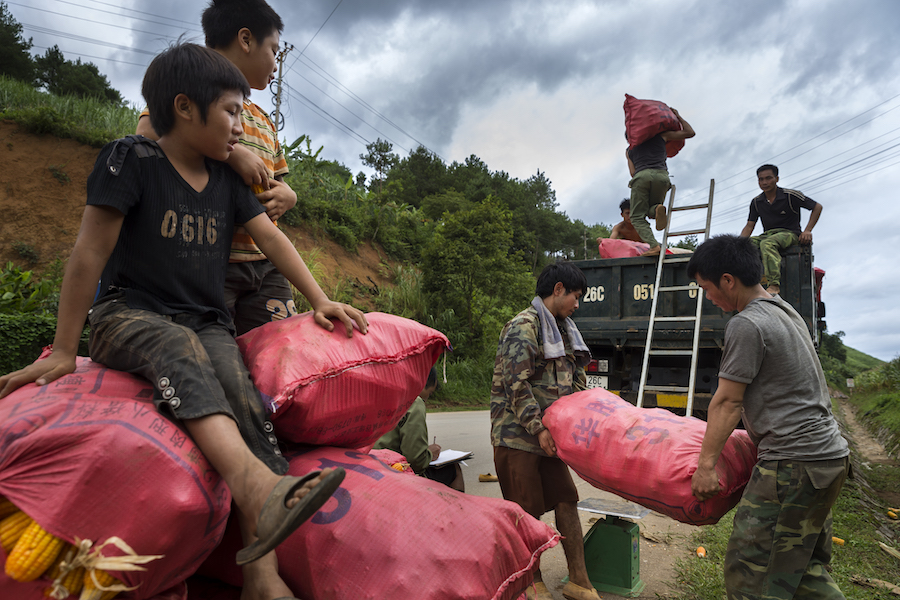 This maize is being loaded by a community of people, not just one family. The truck is hired communally too, and they all benefit from the sale of this maize. These people really do understand the benefit of working together. 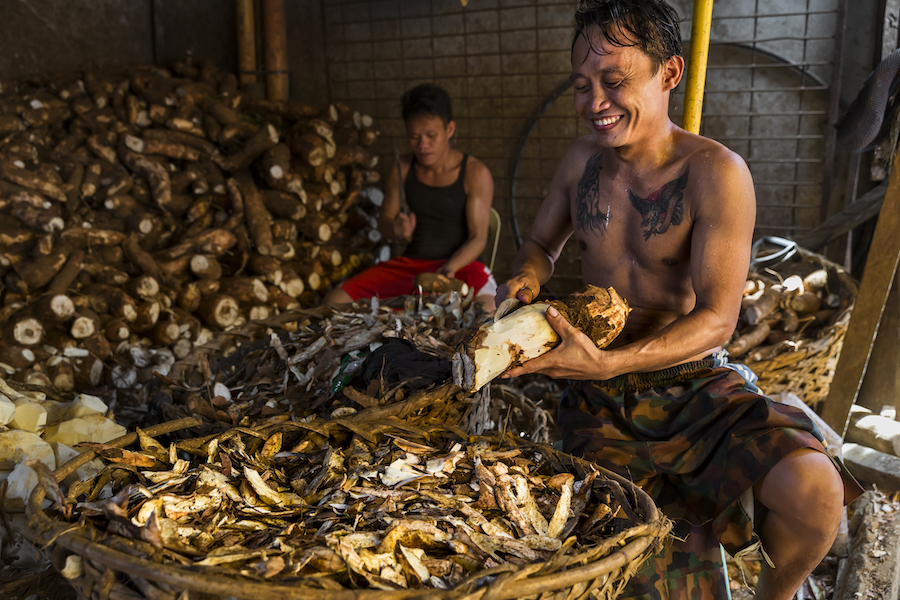 There is a celebratory feeling in your images - life happening in front of your lens, with its hardships and joys, its silent moment of reflection, as well as its loud, machine-driven throbs. What about this assignment did you enjoy the most?

It is always humbling to spend time with people who work their land. They work very hard, and they take that as something completely natural. It always gives me great perspective on my own life, which is endlessly privileged in comparison.

I always feel I should pay tribute to these people as I really do admire them. It’s also a constant that the poorer communities are always most welcoming of strangers. They are the first to share what little they have. 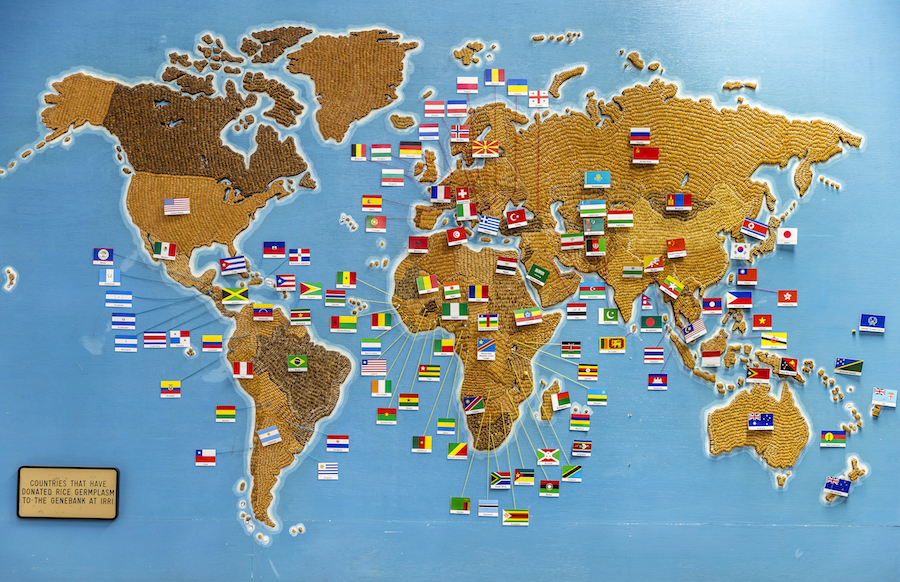 When it comes to crop diversity and food security, there is a fragile interdependence that we all depend on. The international genebanks (like IRRI) that the Crop Trust helps to fund and manage are charged with safeguarding and making available these varieties. What can you say to people who might consider supporting the work of the Crop Trust and these genebanks?

I’d say this work is crucial. It’s not glamorous or sensational, but genebanks like IRRI are responsible for some of the most import survival elements humanity requires to endure.

This work is unsung and unappreciated by most, but the people behind genebanks are doing a crucial job for mankind. 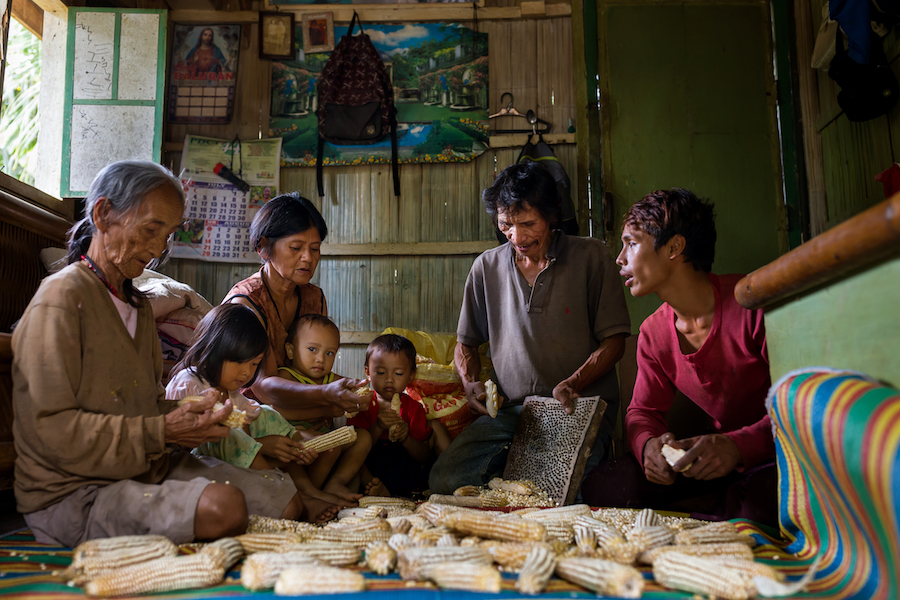 In your photos, there are also a lot of very wonderful, intimate moments, mostly inside homes. What can you share with us about these types of images and moments?

Eating together is an element that is commonly human. When you do it with people who grow their own food, that is doubly pleasurable.

Most of us in the first world live quite disconnected lives - addicted to our phone, our televisions etc. The dining table is one of the few times that we disconnect and come together as families. That is doubly so in most parts of the world where eating together is a ritual that often takes in everyone from great grandparents to young babies. There is a greater sense of familial solidarity as a result and that binds people together. 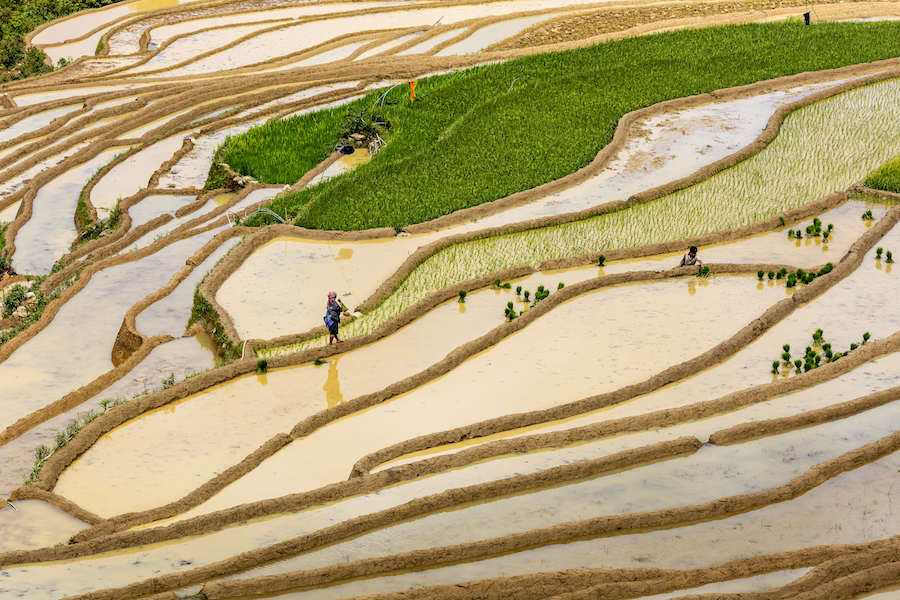 It is obvious that crops have played a role in shaping many of the landscapes you have captured for #CropsInColor. Can you talk about these changing, man-sculpted landscapes?

People have evolved the means of cultivation despite harsh terrain. In many cases, people have been displaced by conflict, moved to escape tyranny and to ensure self-governance. Human migration has resulted in many ingenious methods to maximize land use despite what looks like severe limitations. Mountainside rice terraces are a good example of this kind of farming ingenuity.

Another aspect is that much of this kind of cultivation occurs as a community. On certain days, everyone participates in order to service particular engineering for the benefit of all. That makes so much more possible rather than an individual farmer battling impossible elements on his own. Everyone is that much more invested as a result and closer as a community. 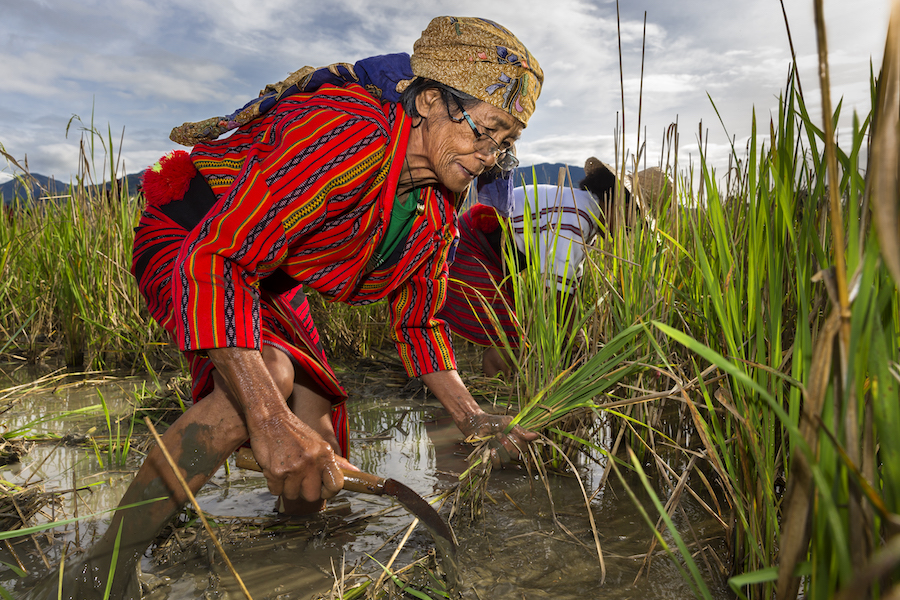 This is not your first time in these countries, but might the focus of the assignment have allowed for a different experience? What did you learn about these countries, about the region, during this trip? Tell us a little about the encounters with people that live there.

These people are tough and used to hard work in ways that most of us in the first world would baulk at. They are also far more sophisticated about the weather, seed types, crop varieties and farming in general than we give them credit for. They accomplish far more with far less.

Their sense of community is far more evolved, and they take care of each other far more than we do in the first world. We can certainly learn from them. 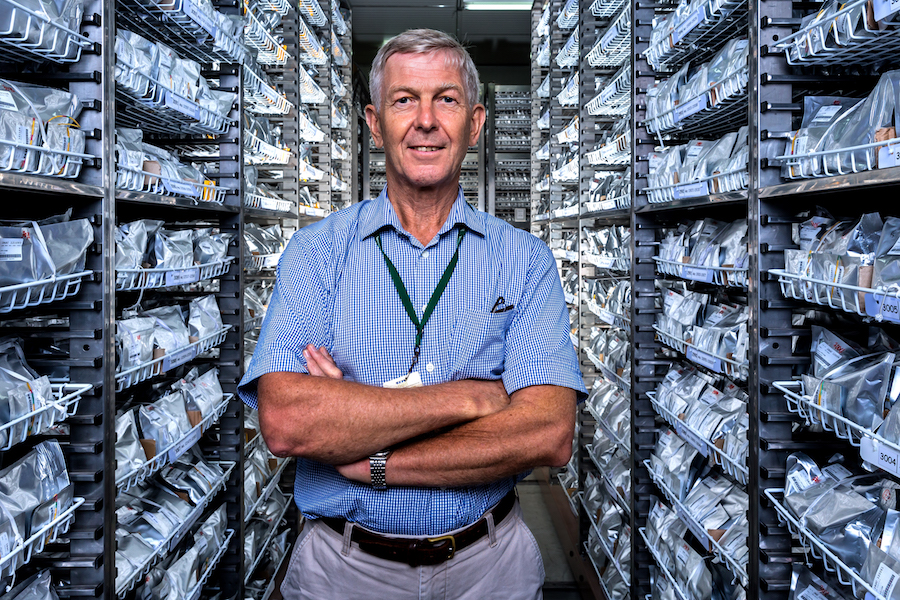 Is there anything else related to this experience - to the importance of crop diversity, the conservation efforts, the farmers who feed us and need crops that can adapt and respond to new challenges- that you would like to share?

I would add that in an age of GMO controversy, the fact that there are more than 120,000 rice varieties is very telling. That is just one genebank’s [IRRI] resource as an example. What this tells me is that we already have many varieties of seed which nature has naturally evolved to deal with a variety of conditions. It’s a matter of safe-keeping and sharing those varieties.

Food security is an issue that deeply affects all of us on the planet. Genebanks offer a shared knowledge that transcends religion, cultural values and all the other elements that keep us apart rather than bring us together.

For providing guidance and support in the region, the Crop Trust thanks IRRI, CIAT, and the University of the Philippines Los Baños. Their technical experts provided the support we needed on the ground, allowing Brent to carry out a full schedule of activities in a limited amount of time.

The #CropsInColor campaign, in collaboration with Getty Images Reportage, highlights the importance of crop diversity – for food security and adaptation to climate change.

The #CropsInColor campaign is partially funded by Dupont Pioneer. The Crop Trust is grateful for the support, which allows us to highlight – and celebrate – the crucial role crop diversity plays in everyone’s lives.

With the support of individuals, the private sector, foundations and the governments of the world, we can save crop diversity forever. All donations make a difference.

All photos by Getty Images Reportage photographer Brent Stirton. | This campaign is made possible by the generous support of DuPont.