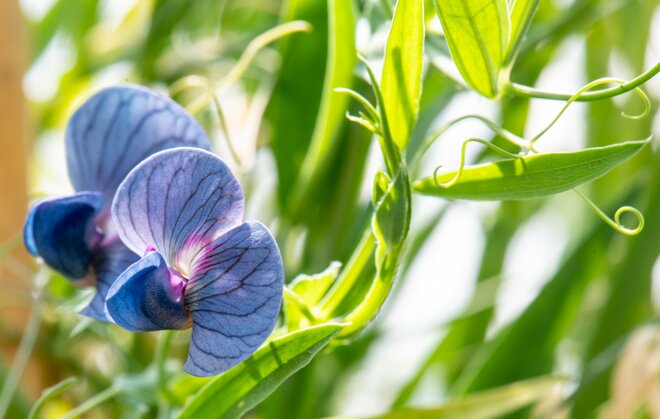 Two food crops prized for their nutritional value and ability to survive temperature extremes, drought and poor soil are now receiving the attention they deserve. A new project led by the Crop Trust will help improve the productivity of grasspea and finger millet by making more genetic diversity available to breeders.

Plant breeders need genetic diversity in order to improve the yield and nutritional quality of crops and adapt them to changing climatic conditions. But that diversity is limited in cultivated grasspea and finger millet. However, in recent years, pre-breeders working on the Crop Trust’s Crop Wild Relatives Project have expanded that diversity by tapping into wild and ancient domesticated forms of the two crops.

This new project, funded by the Templeton World Charity Foundation, Inc., will allow pre-breeders to continue their work and ultimately contribute to food security, human health, income for rural poor, while protecting the environment.

“Grasspea is a nutritious crop which is heat- and drought-tolerant and often survives when other crops fail, thus gaining a reputation as a ‘famine crop’,” said Shiv Agrawal, a legume breeder with the International Center for Agricultural Research in the Dry Areas (ICARDA), who will spearhead the work on grasspea in the new project. The problem with the crop is that it contains a toxin that can cause paralysis if people eat too much of it as a sole food source.

“Our results to date in the Crop Wild Relatives Project grasspea pre-breeding work have been very promising. We have been able to identify wild species which have low toxin levels,” said Shiv. “And we have broken through a major technical hurdle by successfully crossing two species of grasspea.” This project will now allow the team to take the next step and breed toxin-free, climate-smart grasspea varieties.

Plant breeding can take a long time and it can be a “hit and miss” practice unless you have a way of knowing which genes you are transferring. Shiv will be able to fast-track the process by using the latest genomic tools. ICARDA will be working closely with the John Innes Centre (JIC) in the United Kingdom, who will be improving the reference genome for grasspea. By mapping the genome sequence of both cultivated grasspea and its closest wild relatives, Shiv’s team can accelerate the pace of breeding by “tagging” those genes in the wild species which he wishes to transfer to the cultivated crop.

Finger millet is also a highly nutritious, drought-tolerant crop, but one that still doesn’t get the research attention it deserves. “We have the potential to significantly increase yields in East Africa, where finger millet is an important subsistence crop for small-scale farmers, particularly women,” said Damaris Odeny, a molecular geneticist with the International Crops Research Institute for Semi-Arid Tropics (ICRISAT) in Nairobi, who led the Crop Wild Relatives Project finger millet pre-breeding work.

Finger millet yields are stagnating in part due to a sap-sucking plant parasite known as Striga and blast disease. Damaris’s national partners in Kenya have succeeded in developing crosses between wild relatives of finger millet and its cultivated varieties that show promise for Striga and blast resistance, as well as tolerance to drought. Several superior crosses have already been identified and crossed again with varieties preferred by farmers in the country. Some of these are currently undergoing adaptation trials and will subsequently be released in Kenya for use by farmers.

“The Templeton-Crop Trust project will now help us make this newly developed breeding material available to other countries in East Africa,” said Damaris. “Our objective is to develop successful and well-integrated pre-breeding programs in Ethiopia, Uganda and Tanzania, as well as Kenya, so that we can capitalize on the rich genetic diversity that exists in these centers of finger millet diversity.”

Projects like this generate vast amounts of data – which needs to be shared with researchers and breeders worldwide if it’s to do any good. “We are excited that this project allows us to further build on the work carried out thus far for the CWR Project by the James Hutton Institute (JHI) in developing Germinate,” said Benjamin Kilian, a senior scientist at the Crop Trust and co-director of the Templeton-Crop Trust project.

Germinate is a database software, specifically tailored to handle the voluminous and complex data arising from pre-breeding and similar activities. “The data for both crops will be added to Germinate, and we will develop additional online tools so that breeders and other stakeholders globally can select the most promising material for their programs,” said Paul Shaw, a research leader in Information Systems at Hutton.

“We’re extremely grateful to the Templeton Foundation for their foresight in supporting this important pre-breeding work,” said Marie Haga, Executive Director of the Crop Trust. “These two crops offer enormous potential to help ensure the food security of vulnerable smallholders at a time when the climate is changing. Yet, regrettably, funding for improving these crops has been limited. The Templeton Foundation is helping to break that bottleneck and we are excited that these most-deserving crops will now receive increased attention.”

All material generated by this project will be shared under the terms of the Standard Material Transfer Agreement (SMTA) within the framework of the multi-lateral system of the International Treaty for Plant Genetic Resources for Food and Agriculture.