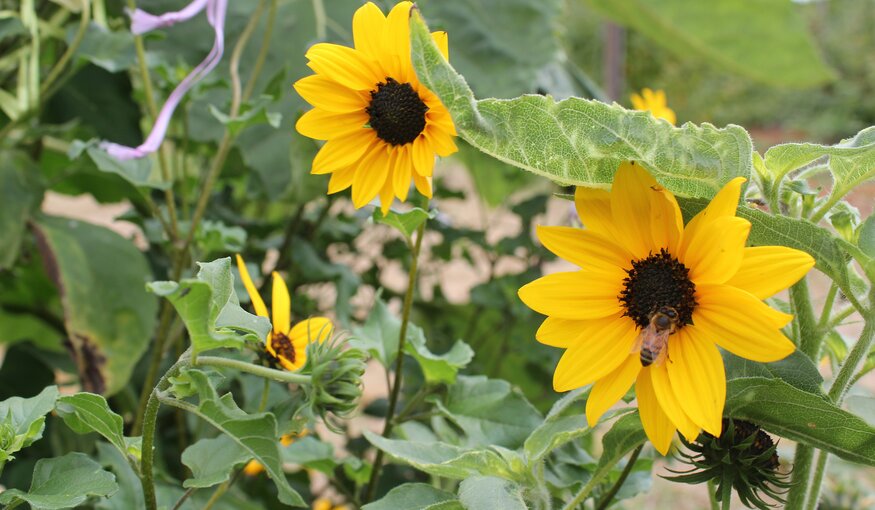 From sunflowers to blueberries, cranberries and blackberries to pecans and squash, the United States is home to a variety of widely eaten crops and their wild relatives. Unfortunately, many of these wild cousins of familiar crops are at risk.

Over 5 years, scientists painstakingly identified and documented crop wild relatives in the US to produce a national assessment of the state of 600 species spread across the country.

“This is the most sophisticated and in-depth of all the studies that we’ve done on crop wild relatives by far,” says the study’s lead author Colin Khoury, a researcher affiliated with the Alliance of Bioversity International and the International Center for Tropical Agriculture (CIAT) as well as Saint Louis University, and hosted at the USDA Agricultural Research Service National Laboratory for Genetic Resources Preservation.

“North America is not particularly thought of as a global hotspot of agricultural biodiversity because it’s not where the majority of our crops come from. But if you look a little deeper, there’s a lot of diversity,” adds Khoury.

The study’s methodology drew on work by the Crop Trust’s Crop Wild Relatives Project, a global project to identify and collect the wild relatives of key species and ensure their conservation and use for breeding improved crops, particularly for adaptation to climate change. The project ends in 2021.

“I’m pleased that the work we have been doing through our global project has stimulated other scientists to help save important crop wild relatives in different parts of the world before it’s too late,” says Benjamin Kilian of the Crop Trust, who leads the Crop Wild Relatives Project.

These wild species often don’t look much like their domesticated cousins, but they are genetically close enough for breeding, albeit with varying difficulty—and herein lies their value. Wild relatives may contain useful traits, such as resistance to diseases or tolerance to drought, heat and salty soils, which can be bred into domesticated crops to create new, more resilient varieties.

Crop wild relatives grow across the US in diverse locales, from the northernmost reaches of Alaska to the US Virgin Islands and Hawaii. They take root between backyard fence posts, along sidewalks and roadsides, as well as in relatively pristine wilderness areas like national parks and nature reserves.

“I didn’t think US wild relatives would be as threatened as they are,” says Khoury. “The general idea of crop wild relatives is that they’re weedy and they’ll exist just about anywhere—which is partly true, many of them do, but lots of them don’t.”

Crop wild relatives in the US are facing major threats including habitat destruction, climate change, competition from invasive species and even overcollecting. More than 50% of the plants may be endangered in their natural habitats, and a mere 7% are conserved in genebanks or botanical gardens.

“Attaining food security is impossible without conserving and using plant genetic diversity. These crop wild relatives hold many key traits that will help domesticated crops adapt to a rapidly changing climate,” says Kilian. “Not only can these plants help feed a growing global population, they also often have a key place in their respective ecosystems.”

Given the urgent environmental pressures on crop wild relatives in the US, the study’s authors call on field botanists and citizen scientists to raise awareness and support conservation efforts.

“There’s an urgency to our call to action because we know that some of these plants won’t make it in their natural habitats if we don’t get there soon,” says Khoury. “I hope that people will see this as yet another piece of evidence that it’s high time to do this work.”