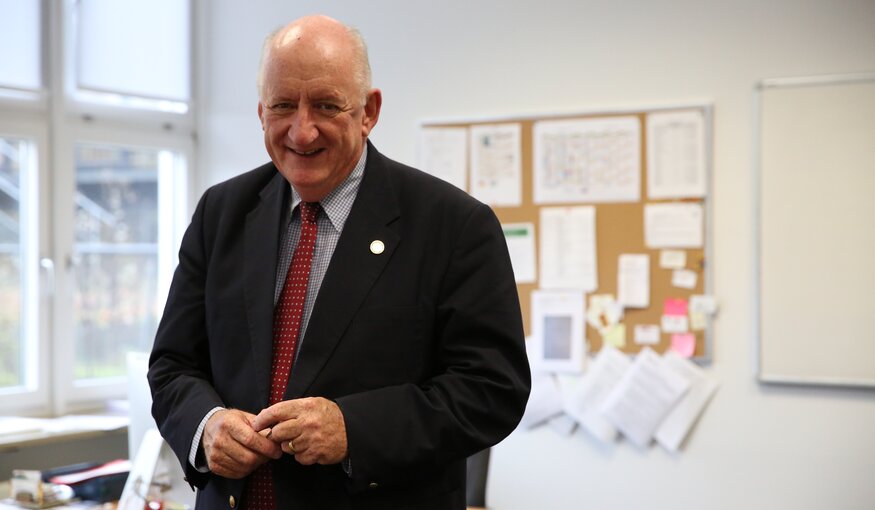 BONN, GERMANY, October 20, 2017 – Australia’s Former Deputy Prime Minister, Timothy Andrew Fischer, has been named the next Executive Board Chair of the Crop Trust. Fischer will officially assume this new role on January 1, 2018.

Fischer replaces Ambassador Walter Fust, who was an early advocate for the establishment of the Crop Trust. Fust served on the Interim Panel of Eminent Experts, which acted as the interim Board of the Crop Trust prior to the establishment of the Executive Board in 2004. Fust was first elected to the Executive Board in 2010, and has been the Chairperson since 2013. 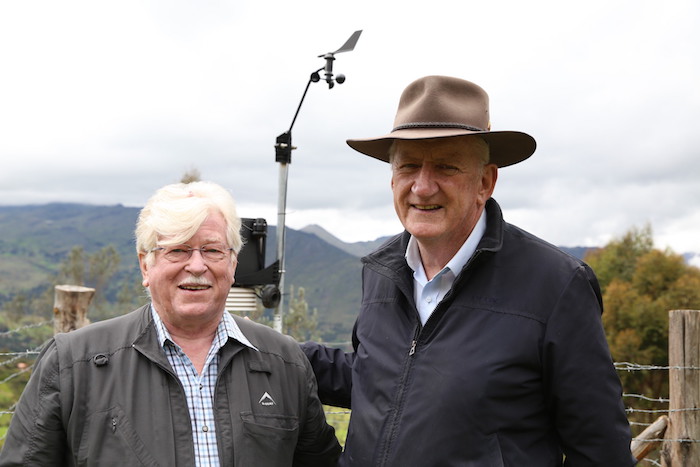 Walter Fust (left) and Tim Fischer (right) visited the Potato Park near Cuzco after the 2015 Crop Trust Executive Board meeting in March in Lima, Peru.

“We are excited to welcome Tim Fischer as our new Chair,” Crop Trust Executive Director Marie Haga said. “During Tim’s tenure as Vice-Chair of the Executive Board (2013–17), he demonstrated an unrelenting commitment to our mission: the conservation and use of the crop diversity that is a prerequisite for global food security.”

“I congratulate Tim on his appointment and look forward to working with him to make sure that as a global community we safeguard the crop diversity needed to feed a growing world population under increasingly difficult weather conditions.”

Fischer’s background uniquely positions him to assume the post of the Crop Trust’s third Executive Chair. He has 40 years of experience in politics and diplomacy in addition to a long-standing commitment to humanitarian causes. Fischer is and has been directly involved in agricultural affairs both globally and in his native Australia.

From 2008 to 2012, Fischer lived and worked in Rome as the first resident Australian Ambassador to the Holy See and as Special Envoy to Bhutan, Eritrea and South Sudan.

“I am honored to have the opportunity to influence and move forward the organization’s current strategic plan, helping to guide the Crop Trust’s future endeavors towards developing an efficient and effective global system for ex situ conservation,” Fischer said.

“Making sure that diversity does not go extinct is a global obligation, but it is also personal. Biodiversity preservation means food security for our future and our children’s children. It also means building more resilient food systems now, for the families across the globe facing food insecurity and hunger.”

Fischer began his political career in 1971, after returning from deployment in Vietnam where he was as an officer in the Australian Army. Fischer was a New South Wales Parliamentarian (1971–1984), and later an Australian Parliamentarian (1984–2001). Throughout the 1990s, he was the head of the National Party of Australia. During this time he also served as Minister for Trade and Deputy Prime Minister in the Howard Government, holding both positions from 1996 to 1999. He then served as Chairman of the Crawford Fund (2001–2006), supporting international agricultural research. Fischer is also a consultant, author, broadcaster, and chairman of the company FAMU Holdings.

“The Crop Trust will miss the able leadership of Walter as Chairperson,” Haga said. “I express the Crop Trust’s deep appreciation to Walter for his amazing support throughout the lifetime of the organization.”

“Walter has been a steadfast champion of the Crop Trust and of the Svalbard Global Seed Vault. It has indeed been an honor to work closely with him over the past five years. I am grateful for his dedication and service to our organization,” Haga said.

“Walter’s leadership has guided us at a time of transition, including the Crop Trust’s move from Rome to Bonn, and the celebration of our 10th anniversary with a new logo and visual identity. More importantly, during his tenure, the Crop Trust has provided more than USD 100 million to ensure the conservation of crop diversity globally.”

Fust has had a long career in politics, including a 15-year tenure as Director General of the Swiss Agency for Development and Cooperation (SDC). He also served as Secretary General of the Swiss Ministry of the Interior, and has held various mandates in the UN. Currently, in addition to his Crop Trust responsibilities, Fust serves on the Boards of The Tropical Agricultural Research and Higher Education Center (CATIE) and the Coalition for a Dialogue on Africa, and pursues other philanthropic interests.

“Conserving crop diversity is one of the defining issues of our times,” said Fust. “In the past two months the world witnessed the devastation of Hurricanes Harvey, Irma, and Maria. These hurricanes took many lives, and destroyed livelihoods, including those of many farming communities in the Americas. The Crop Trust’s work goes beyond preservation for future catastrophe; crop diversity is needed today too, to help our agriculture adapt to a changing climate.”

ABOUT THE CROP TRUST

The Crop Trust is the only international organization devoted solely to ensuring the conservation and availability of crop diversity worldwide. The organization: