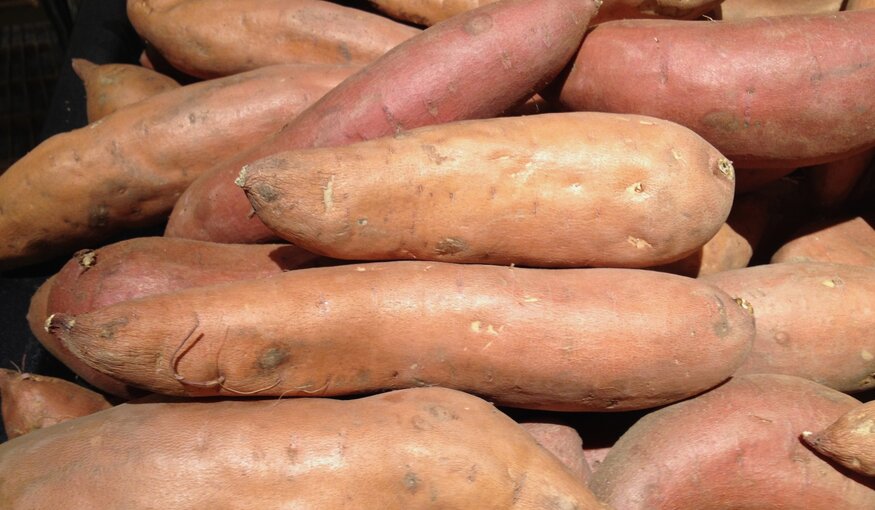 BENIN (8 September 2010)—Farmers and crop scientists worldwide are engaged in an ambitious new effort to add 3,000 yam samples to international genebanks with the aim of saving the diversity of a crop that is consumed by 60 million people on a daily basis in Africa alone, according to an announcement today from the Global Crop Diversity Trust.

In almost all the countries of the African yam belt, a large number of potentially important yam varieties are preserved only in fields, where they are in danger of being picked off by pests or diseases as well as more common disasters like fire or flooding. For example, a large fire recently destroyed a yam collection in Togo. Civil conflicts have also resulted in collections being destroyed.

Yam varieties gathered from West and Central African countries through the project are being sent to the International Institute for Tropical Agriculture (IITA) in Ibadan, Nigeria, where tissue samples of the crop will eventually be frozen at ultra-low temperatures in liquid nitrogen—a technique known as cryoconservation—which offers the most secure form of long-term storage currently available. The majority of the world’s crops can be conserved over long periods simply by drying the seeds and storing them under cold, dry conditions. However, a significant number of crops, including yams, cannot be stored so easily and must be conserved as vegetative material in tissue culture.

Farmers in West Africa’s “yam belt,” which includes the countries of Nigeria, Côte d’Ivoire, Ghana, Benin and Togo, produce more than 90 percent of the world’s yams. The project, however, will also include yam varieties collected in the Philippines, Vietnam, Costa Rica, the Caribbean and several Pacific nations. It is the first worldwide effort to conserve yam species and cultivars. The project is funded with support from the UN Foundation and the Bill and Melinda Gates Foundation.

“This opportunity to protect an incredibly wide variety of yams allows us to feel more reassured that the unique diversity of yam will be safely secured and available to future generations,” said Alexandre Dansi, a yam expert at the University of Abomey-Calavi in Benin.

For Benin, which sits squarely in the buckle of the yam belt, yam is an integral part of the culture and community life. The large tubers weighing up to 70 kilos are a common sight on roadside markets. Dansi has worked with producers to catalogue about 250 discrete types of yams and more than 1,000 named yam varieties. He is collaborating with farmers to document additional varieties. According to farmers’ reports, many traditional varieties are disappearing in their production zones because of high susceptibility to pests and diseases, poor soil, soil moisture content, weeds and drought, which make them less productive or more costly to grow compared to other crops such as cassava.

Through Dansi’s work, Benin already has sent 847 yam samples to the IITA. At IITA, the tubers will be grown out in fields, and cuttings taken for conservation in the lab as part of an international collection that already contains about 3,200 yam samples from West Africa.

Thousands of years of cultivation have resulted in a wide diversity of yam varieties existing in farmers’ fields, particularly in West Africa. In some parts of Africa (mainly Benin and Nigeria), yams are still being domesticated from wild tubers found in the forest. The popularity of the crop remains high with consumers, and sellers get a high price in urban markets. However, yams remain relatively under-researched despite their potential to bring farmers out of poverty in one of the world’s poorest regions. Using the collection now being assembled to find valuable traits that provide disease-resistance and higher yields is key to improving farmer’s fortunes.

“It’s really akin to putting money in the bank,” said Cary Fowler, executive director of the Trust. “All crops routinely face threats from plant pests, disease, or shifting weather patterns, and a country’s ability to breed new varieties to overcome these challenges is directly tied to what they have in the bank, not just in terms of financial resources but in terms of the diversity in their crop collections.”

The yam project is part of a broader effort involving major crop species worldwide in which the Trust is helping partners in 68 countries—including 38 in Africa alone—rescue and regenerate more than 80,000 endangered accessions in crop collections and send duplicates to international genebanks and the Svalbard Global Seed Vault in the Arctic Circle.

For yams, reproduced through vegetative propagation, IITA offers the only long-term form of conservation. Conserving the crop requires extracting tissue in the laboratory and freezing it in liquid nitrogen. However, the technique demands careful research and a staff of dedicated skilled technicians. Most African countries cannot afford to give their yam diversity this kind of attention.

At IITA, the DNA of the samples coming from locations around the world will also be analyzed to get a better sense of the genetic diversity contained in various collections. This is not, however, an academic exercise. It helps the genebank managers avoid keeping too many copies of the same material. It also helps the search for valuable genes that can provide the traits needed to deal with diseases or climate change.

“This project is fascinating because it involves the most traditional and the most advanced techniques of crop conservation. We would like to deploy the best tools science has to offer to secure centuries of yam cultivation,” said Dominique Dumet, head of the Genetic Resources Center (GRC) at IITA.

IITA also will be offering a stable and safe haven for yam collections that sometimes must endure unusual stress. For example, Cote D’Ivoire will be sending 5050 yam samples to IITA for conservation from a collection that, after the civil war in 2002, had to be moved from Bouaké in the north to Abidjan.

“We are building up our collection again, but some varieties were lost,” said Amani Kouakou, a scientist at Cote D’Ivoire’s Centre National de Recherché Agronomique. “We welcome the chance to share the material with IITA and discover new materials that we have never cultivated in this country.”

Meanwhile, in Benin, Dansi is using the project as an opportunity to work with farmers to test and characterise materials, exchange varieties and techniques between different yam-growing regions in Benin, and build up better community storage barns for keeping the tubers in good health until the next planting season.

“The security we now have is reassuring and allows us to focus on other things, like working with farmers to improve yields,” Dansi said. “And on top of that we can now ask IITA for interesting yams from other parts of the world that we may never have seen before in Benin.”