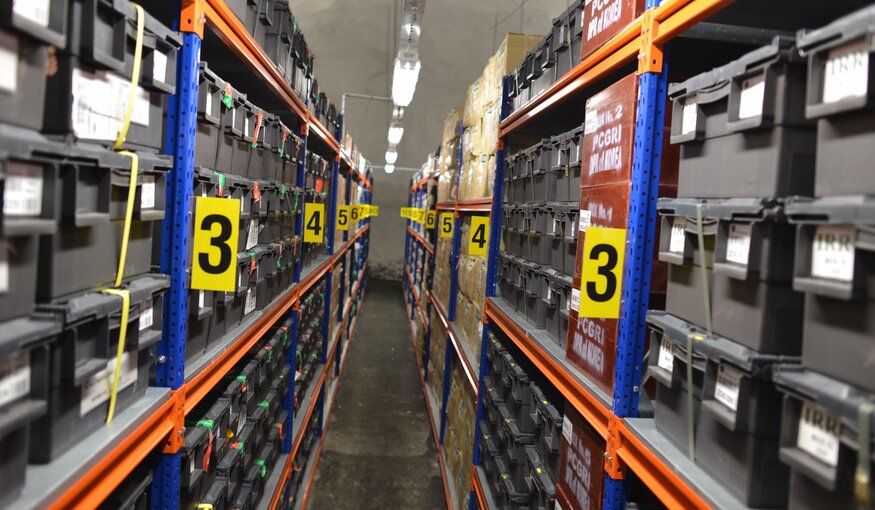 BBC's Mark Kinver reports on the recent deposit of forest tree seeds and more to the Svalbard Global Seed Vault.

The Svalbard "doomsday" vault - widely known for protecting global food crop seeds - has accepted its first delivery of forest tree species seeds. Norway spruce and Scots pine samples have entered the vault inside a mountain on the Arctic archipelago. The frozen depository opened in 2008 and is designed to withstand all natural and human disasters. Researchers hope the tree seed samples will help monitor long-term genetic changes in natural forests. 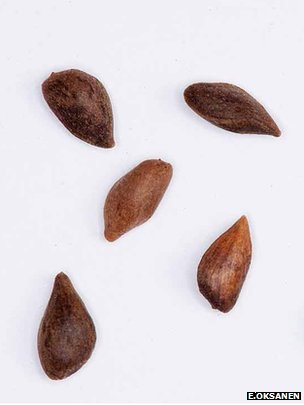 "The possibility to have seed samples stored in the vault is a great opportunity to complement our forest tree gene conservation, which is based on in situ gene reserve forests," explained Mari Rusanen, a researcher for Natural Resources Institute Finland (Luke), one of the organisations involved in the seed collection.

"The beauty of in situ conservation is in its dynamic nature - we aim to converse natural genetic diversity per se, rather than specific genes or genotypes.

"However, in the seed vault we will have long-term, ex situ, conservation/preservation of the existing genetic composition of the selected gene reserve forests.

Ms Rusanen told BBC News that the vault offered peace of mind and security in the unlikely event of a devastating human or natural disaster.

But she added: "For me, personally, the catastrophe scheme is not a major motivation.

"It is more important that these samples will, in the future, provide an opportunity to monitor long-term changes in the genetic composition of our natural forests."

The seeds from Scots pine (Pinus sylvestris) and Norway spruce (Picea abies) were collected from natural forests in Finland and Norway.

They formed the first consignment of seeds for the vault from a consortium of organisations across the Nordic nations.

The species were selected because the tree play an important role, economically, ecologically and socially.

Brian Lainoff from the Global Crop Diversity Trust (GCDT), which operates the Svalbard Global Seed Vault, explained that there were a number of reasons behind the decision to deposit forest tree seeds in the frozen outpost. 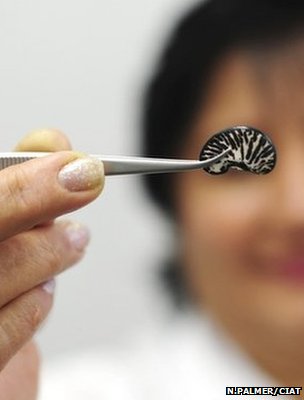 "Fragmentation of populations, browsing, pests and diseases are other factors of varying importance."

Mr Lainoff added that while the Nordic consortium's seeds were the first to enter the vault, further accessions of tree seeds would be contributed from other nations.

Other new arrivals at Svalbard include soy bean, barley, lentil, sorghum and wheat samples from the US Department of Agriculture, and almost 2,500 rice samples from AfricaRice.

"Africa is bearing the brunt of all of the global challenges that threaten food security, such as political instability, climate change and population increase," explain Dr Marie-Noelle Ndjiondjop, head of AfricaRice's Genetic Resources Unit.

"We must not lose the ability to develop the crops that will help us meet and overcome these challenges."

Also arriving this week will be seeds from 14 species of wild tomatoes, including five that originate from the Galapagos Islands.

Located deep inside a mountain on a remote island in the Svalbard archipelago - halfway between mainland Norway and the North Pole - the vault, which cost £5m ($7.5m) and took 12 months to build, offers permanent protection for the world's food crops, say its operators.

The purpose of the depository, owned by the Norwegian government and maintained by the Global Crop Diversity Trust (GCDT) and the Nordic Genetic Resources Center, is to store duplicates of all seed samples from crop collections around the world.

The Crop Trust says permafrost and thick rock ensure that, even in the case of a power cut, the seed samples will remain frozen.

"The vault can therefore be considered the ultimate insurance policy for the world's food supply," it adds.

"It will secure, for centuries, millions of seeds representing every important crop variety available in the world today."