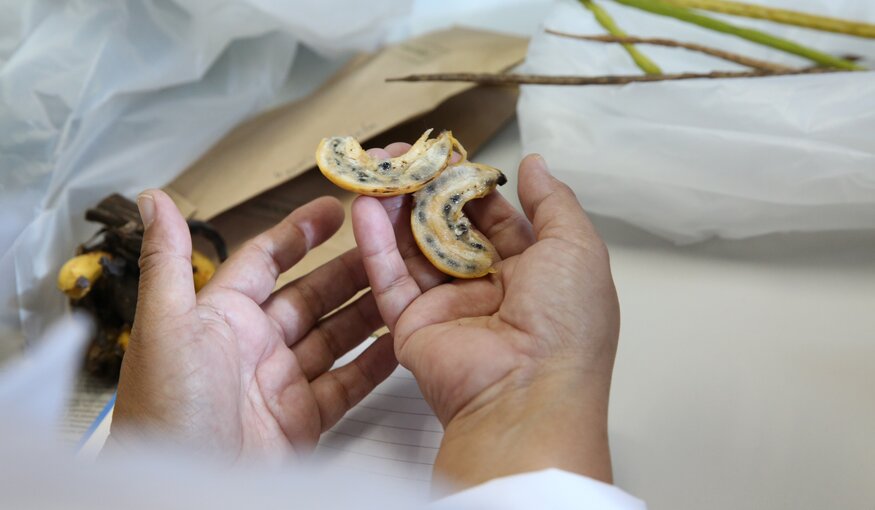 Recent BBC article, titled "Go Wild to Protect Food Security" says that the answers to future food security may be found in the wild relatives of our domesticated food crops and highlights the urgent need to "go wild" and conserve these wild relatives before it's too late.

The article published on the 21st of March, features an interview with the Crop Trust's Director of Science and Programs, Luigi Guarino, who explains that crop wild relatives offer a "huge reservoir of diversity."

More needs to be done to ensure wild relatives of our key food crops are conserved for future generations, a study has said.

Researchers are concerned the genetic diversity of these vital plants are not being adequately stored in gene banks.

They say characteristics such as drought or heat resilience could be lost forever unless action is taken to preserve these genetic traits.

The findings have been published in the journal Nature Plants.

An international team of scientists found that "the diversity of crop wild relatives is poorly represented in genebanks".

In their assessment, they identified more than 70% of 1,036 wild relatives of 81 important food crops as a high priority for further collection.

They added that 95% were "insufficiently represented in regard to the fill range of geographic and ecological variation in their native distributions".

"The genebanks of the world are not, at the moment, doing as good of a job as they could be doing at maintaining and making available the diversity of crops' wild relatives," explained co-author Luigi Guarino, Director of Science and Programs at the Crop Trust.

"There are very valid reasons why the are under represented in genebanks. They are difficult to collect, they are difficult to maintain, the collection and maintenance is expensive as well. Other things have had higher priority, such as cultivating material."

"However, with the threats that are facing biodiversity in general, and this particular subset of biodiversity, it is becoming increasingly urgent that adequate attention is paid to crop wild relatives," he told BBC News.

There are in excess of 1,700 institutional crop genebanks around the world, storing millions of samples, otherwise known as accessions. Their main role is to preserve genetic material, primarily in the form of seeds and cuttings, and to make this material available for future research and breeding.

These crop genebank play a pivotal role in global food security as the world faces the challenge of feeding a growing population, changes to regions' climate and growing conditions.

"Over the history of agriculture - from Neolithic times onwards - farmers have been whittling down the diversity available in wild plants to focus on a particular subset of that diversity that we call the domesticated crop," he said.

"This domesticated crop is just a selection from a much wider diversity of genes, traits and adaptations that are out there still in the ancestors and relatives of the crops we use today.

"They are out there but for how long? We know that there are lots of threats waiting in the background affecting biodiversity, such as land-use change, urbanisation, deforestation and climate change itself."

The study, lead by Nora Castaneda-Alvarez from the International Center for Tropical Agriculture (CIAT) and Colin Khoury from Wageningen University, suggested that advances in technological and knowledge of the plant world would mean that the genetic reservoir of crop wild relatives would be increasingly utilised.

However, this was based on the assumption that that the material would be readily available to researchers.

"What we argue in the paper is that one of the key things that we could do is to make sure that we have adequate representation of the diversity that is available in this reservoir of crop wild relatives available to us for use in gene banks," observed Mr. Guarino.

"We also need to conserve this diversity in nature itself, allowing it to continue evolving. This is difficult to do, especially under climate change which is already causing movement of species polewards and to higher elevations."

The researchers said the time to act was now while it was still possible to harvest the crop wild relatives and the potentially vital genetic resources.

They concluded: "A systematic effort was needed to improve the conservation and availability of crop wild relatives for use in plant breeding."