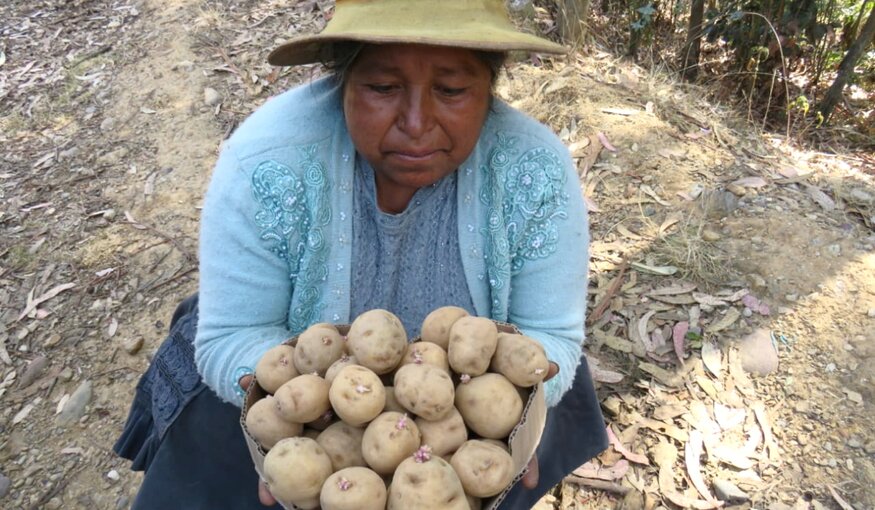 Climate change is making it harder for farmers to grow enough food to feed their families. A new potato variety called CIP-Matilde, developed by the International Potato Center (CIP) with support from the Crop Trust is the latest example of using the wild relatives of crops to adapt our agriculture to new threats.

Potatoes are grown all around the world, and almost everywhere they’re grown they’re threatened by late blight, a wind-borne disease that can destroy a field of plants in a matter of weeks.

Though this disease is widely controlled with agrochemicals, millions of farmers are unable to afford or apply them as often as needed, resulting in about USD 14 billion in crop losses annually, primarily in developing countries.

However, Peruvian farmers will soon have a new option for dealing with this devastating disease as CIP prepares to release a potato variety with almost complete resistance. This new potato, called CIP-Matilde, is the product of a breeding effort that crossed wild potatoes with cultivated ones to produce commercially viable potatoes that are able to withstand late blight.

It is a result of a long-term effort to preserve, study, and use the potato’s wild relatives in breeding supported by the Crop Trust through its Crop Wild Relatives Project, a global initiative to adapt agriculture to climate change.

The project makes all its products available to others under the rules of the Plant Treaty, an international agreement to foster the conservation and sustainable use of crop diversity.