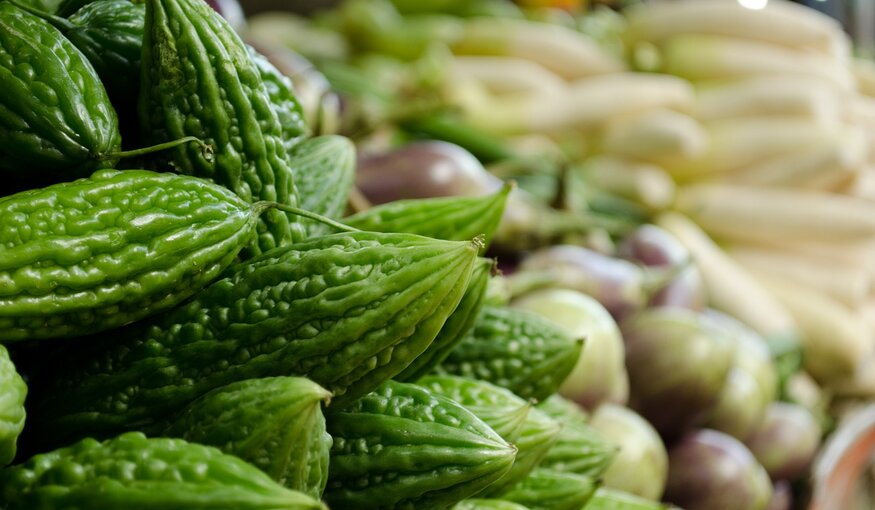 The 33rd annual edition of the World Food Prize has been awarded to Simon N. Groot, founder of the seed company, East-West Seed. The prize is the highest honor anyone working to advance food and agriculture can receive, but in his acceptance speech at the ceremony in Des Moines, Iowa on World Food Day last week, Groot was keen to share the credit.

“Finally, in this huge world of global agriculture you have recognized the small guys – the vegetable farmers of Asia, Africa and Latin America,” the new laureate said.

This was admirable modesty from a businessman who has helped millions of “small guys” – and of course millions of women too – in more than 60 countries transform their vegetable production. Groot’s venture has generated a dynamic, smallholder-centric tropical vegetable seed industry, which started in Southeast Asia but is spreading throughout the tropics.

The Crop Trust congratulates Groot on this well-deserved recognition, and is proud to have East-West Seed’s General Manager, Dr Mary Ann P. Sayoc, on its Executive Board, as well as work with its team under the Crop Wild Relatives Project’s eggplant pre-breeding work. The Prize has brought attention to vegetable farming, a sector which is often neglected, but hugely important. It also gives substance and flavor to the 2019 World Food Day focus on healthy diets. Access to fresh vegetables is vital to a nutritionally complete diet, and we don’t just need to eat enough vegetables to be healthy: we need variety. Vegetable farmers provide both.

Groot joined his family’s seed business in Enkhuizen, the Netherlands, in 1958. His long career illustrates – and in fact helped to launch – a major transformation in how vegetable breeding and seed markets work.

At first, introducing “improved” varieties to the tropics literally meant shipping seeds from Europe and North America to distant parts. When Groot began to actually visit these countries in the 1960s, he saw varieties that had flourished in the Dutch polders struggle to survive the tropical conditions, with their different seasons, soils and pests. The farmers who grew them struggled, too. The importance of local adaptation was well known to plant breeders, of course, but they had not started addressing it for crops like onions, tomatoes and pumpkins; they seemed economically marginal compared to rice, wheat and maize, and not really worth the effort.

Groot, however, saw the potential. In 1982, he founded East-West Seed in the Philippines with his partner Benito Domingo. It was the first market-oriented seed breeding company in the tropics that would produce locally adapted hybrid vegetable seed to sell to smallholders.

Bitter, sweet and everything in between

It’s significant that East-West Seed started with a thoroughly Asian plant: the bitter gourd. This highly nutritious vegetable was at home in both the climate and the cuisine of the Philippines, and Groot knew that he could make it far more valuable to farmers through breeding. The Filipino breeders he hired learned the latest techniques and worked with diverse bitter gourd lines for years to create Jade Star, the first commercial vegetable hybrid developed in – and for - Southeast Asia.

Since then, the company has released close to 1,000 varieties of 60 vegetable crops around the tropics, from bitter gourd to hot peppers, leafy green kangkong and sweet corn. These owe their high productivity to the art and science of breeding – and their local adaptation to the enormous diversity found in vegetable crop collections. For example, more than 500 types of bitter gourd are listed in the Genesys database, and available from genebanks around the world, each with its own special traits.

“Looking back, success has really come from sticking to our philosophy of being a true friend of the farmer. Because the small guys really do matter,” Groot concluded at the ceremony, to energetic applause. “And so do vegetables.”