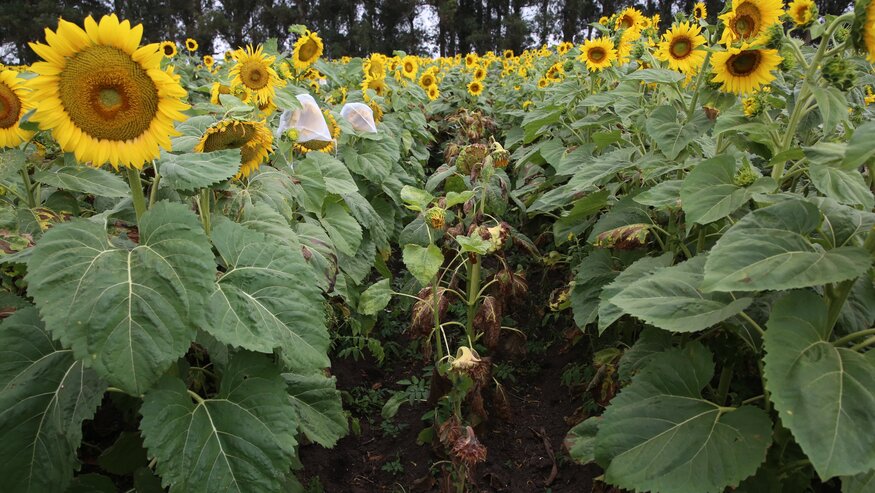 The latest Intergovernmental Panel on Climate Change (IPCC) report is a sobering reminder that the window to securing a livable future is closing rapidly.

As many as 3.6 billion people – almost half of humanity – live in the danger zone where climate change is already causing widespread disruption to nature and posing the greatest threat to the health and livelihoods of those who can least cope with it.

Heatwaves, droughts and floods are placing millions of people at risk of food and water insecurity, especially in Africa, Asia, Central and South America, on Small Islands States and in the Arctic, according to the report.

However, the solutions to a crisis are sometimes hiding in plain sight within it. So while nature itself is in a state of emergency, it also offers the path out of danger.

Amid the dire predictions of negative feedback loops and irreversible climate impacts if the world breaches the threshold of 1.5 degrees Celsius, a sliver of hope can be found in nature’s ability not only to reduce climate risks but also to improve people's lives through adaptation.

As UN Secretary-General António Guterres said in launching the report: “Investments in adaptation work. Adaptation saves lives. As climate impacts worsen – and they will – scaling up investments will be essential for survival. Adaptation and mitigation must be pursued with equal force and urgency.”

Adaptation to climate change can take many forms. It can mean building flood defenses or developing early-warning systems for cyclones. But it can also mean harnessing nature , for example by creating greener cities, planting trees to provide shade for people and wildlife, or restoring peatlands.

When it comes to food security, nature comes to our rescue through crop diversity, a key component of any strategy for better livelihoods and resilience that is especially important in adapting to climate change.

The Crop Trust has long recognized the value of nature-based solutions to mitigate and adapt agriculture to climate change. The conservation of plant biodiversity before it is lost, and its use to bolster our food systems, are vital to building climate resilience – and at a low cost.

On average, just USD 625 invested today can conserve a crop variety in an international genebank, forever. There are thousands of such varieties, and each is not only special in itself, the result of thousands of years of custodianship by generations of farmers, but may also hold the key to helping breeders make the crop a little more productive, resilient, and nutritious. The IPCC report recognizes their importance:

As the planet gets hotter and more prone to weather extremes, the Crop Trust contributes to adaptation efforts by supporting a network of genebanks -- ex situ conservation facilities -- that form the foundation of the world’s agriculture. These genebanks make diversity available to scientists, breeders and farmers, which they can use to improve and diversify farming systems for the benefit of us all.

With the Crop Wild Relatives Project, which the IPCC report specifically cited, the Crop Trust has shown that crop diversity allows multiple, flexible local solutions to climate change and leads to meaningful adaptation on the ground. The project supported partners all over the world to use the wild and weedy cousins of the domesticated plants found on supermarket shelves to improve heat and drought tolerance, to increase resistance to pests and disease, to reduce food loss and malnutrition, and to boost economic opportunities for farmers.

It has helped scientists in Inner Mongolia to develop and test crosses between wild and domesticated alfalfa plants that can even cope with temperatures below -30 degrees Celsius. This has led to a new seed-sharing scheme with local farmers, who sell new varieties in regional markets and support the food system with increased uptake of high-yielding, nutritious alfalfa for livestock.

Droughts and flooding, both increasing with climate change, are also jeopardizing rice exports and food production in the Mekong Delta of Vietnam by raising soil salt concentrations. In response, with support from the project, local farmers have been collaborating with plant breeders to develop varieties of rice that are resistant to salinity as well as major pests.

In Argentina, the project has allowed scientists to evaluate hundreds of new crosses between wild and domesticated sunflowers to cope with plant diseases that are impacting global supplies. With partners in Canada, India, Uganda and France, the initiative has been helping restore a crop in the country that once accounted for as much as 18 percent of the world’s production.

These stories of adaptation and revival highlight the enormous potential that Mother Nature offers in the struggle to adapt to the realities of climate change. The solutions are hidden within the crisis itself. We just need to open our eyes. And our pocketbooks.