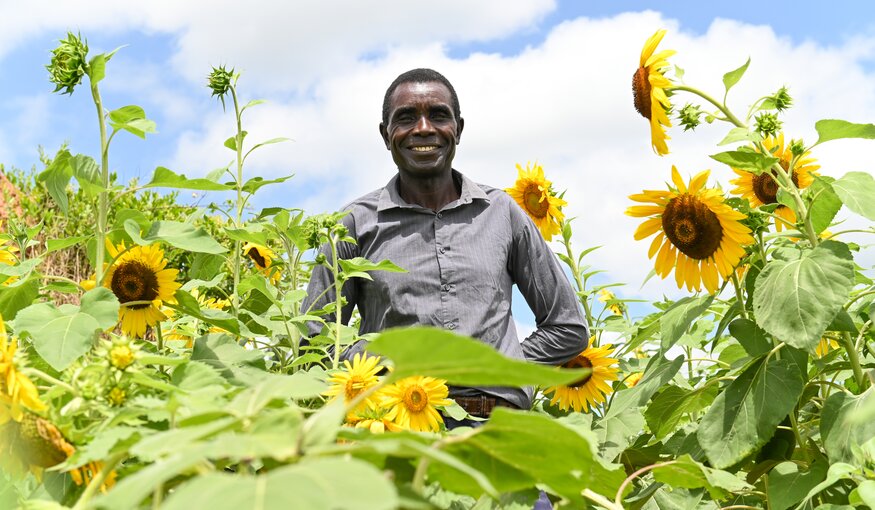 It’s March in Chirundu District, in Zambia’s hot and humid lowlands near its border with Zimbabwe, and the track gives way to a field of towering sorghum, nodding sunflowers and rustling pearl millet. These crops have all reached maturity in the last few weeks, having weathered an unseasonably long dry spell, followed by torrential downpours.

This is no ordinary field; it is a plant nursery where many different varieties of crops are growing side by side for farmers to observe. But these apparently hardy varieties are not new; they were developed and grown by previous generations of farmers in the country.

Over time they fell from favor and disappeared from farmers’ fields, but now some of these so-called landraces are being brought back to Chirundu, to see if they can play a role in the way farmers respond to climate change.

Brought back from where, though, if they’re no longer grown? Fortunately, these and many other landraces can still be found about 120 kilometers away at the National Plant Genetic Resources Center (NPGRC) - part of the Zambia Agriculture Research Institute (ZARI) - on the outskirts of the capital Lusaka.

The NPGRC genebank, which was established in 1989, safeguards more than 6,500 varieties of locally-adapted staple food crops and their wild relatives, which also include cassava, sweetpotato, bambara groundnut and cowpea.

But the NPGRC itself faces a range of challenges. Seeds need to be properly dried and stored at sub-zero temperatures if they are to survive for any length of time. NPGRC’s reliance on government coffers, an unreliable electric grid, and expensive backup electricity to keep its freezers running means its seed collections are vulnerable.

It has also faced an increasing backlog of seeds requiring growing out and replacing to keep them viable, and duplication in case of an emergency. In addition, very few people in Zambia are aware of the center’s work, meaning use of its seed collections by farmers and researchers over the years has been low.

Supporting improvements in NPGRC’s operations, and strengthening its connections with users, are central to Seeds For Resilience (SfR), an initiative coordinated by  the Crop Trust with funding from Germany’s KfW Development Bank. This five-year project is working with national genebanks not just in Zambia, but also in Nigeria, Ethiopia, Kenya and Ghana.

The nursery in Chirundu - organized by SfR and a number of local partners - brings together farmers, researchers, development organizations and genebank staff to explore ways for farmers to access and use the conserved seeds, and share information about them.

Gathered under merciful shade a stone’s throw from the Chirundu nursery are about 50 women and men, all farmers, and all participants in one of eight SfR-supported Germplasm Engagement Groups in the country.

The NPGRC’s curator, Mukombwe Graybill, gives them a task: to walk into the nursery and identify their favorite varieties by tying tags around them. In a flurry of upbeat chatter, they set off, tags in hand.

For Fred Rattunde, a seasoned plant breeder and Crop Trust consultant, the aim of this exercise is to give farmers a glimpse of the huge diversity available in the genebank’s collection and enable them to share their thoughts on which varieties they would like to grow.

The farmers’ feedback will also help the genebank enrich the data it shares with the global community via Genesys, an online platform where potential users of crop diversity can find information about what is conserved in genebanks worldwide.

This means farmers and researchers elsewhere might benefit from their insights, potentially driving even more use.

The work in Zambia is timely. Farmers and project partners in Chirundu and another SfR nursery in Rufunsa District, in the east of the country, all mentioned the growing challenge of erratic rains. 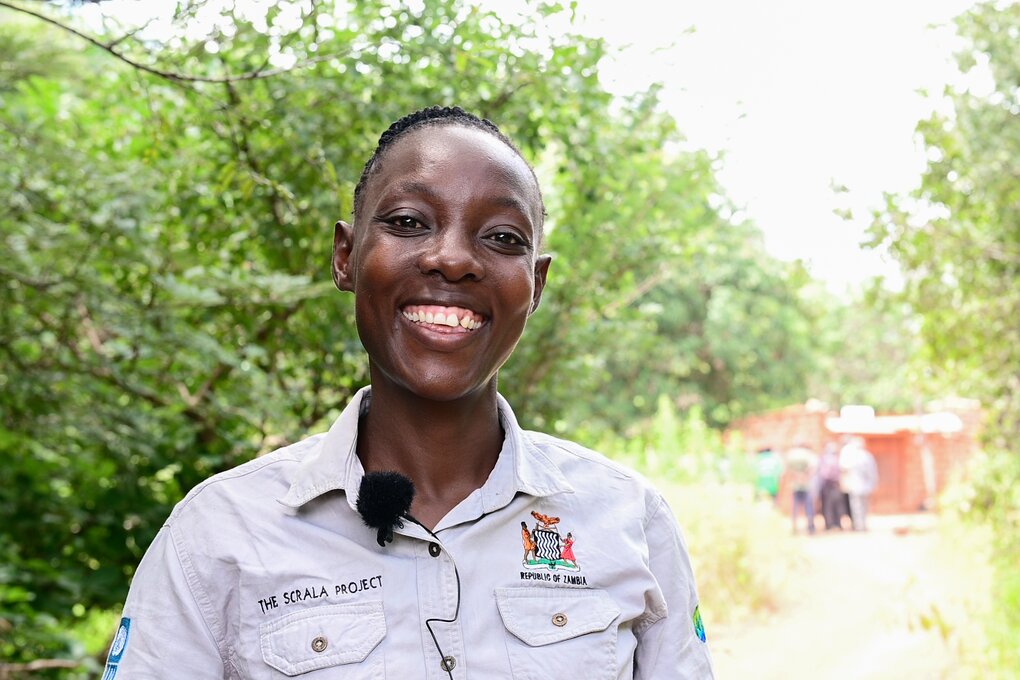 This is why Clementine Mwape Sinkala, Rufunsa District’s Senior Agricultural Officer at the Ministry of Agriculture, is excited about the initiative. It seems like a great idea to give farmers the option of reintroducing varieties of hardier, more drought tolerant cereals like sorghum and millet, in areas where the main staple, maize, is becoming unreliable.

In both Chirundu and Rufunsa, farmers’ tags revealed preferences for varieties with characteristics such as early maturation and resistance to certain pests and diseases; and for those with multiple uses, like grain for home consumption as well as copious leaves for livestock feed.

In evaluating the crops in the nurseries, some farmers recognized varieties their parents and grandparents used to grow.

For Rattunde, SfR offers a pioneering way to link genebanks with those who use the diversity they conserve. This, he says, is “empowering African national genebanks to get the most out of their collections, their national heritage”.

It’s through this work that he believes “the incredible value of crop diversity collections can see the light of day and contribute to new options for farmers to meet the new challenges that are emerging.”

It is a sentiment echoed by Hachingala Jairo, a farmer in Chirundu. “Let them bring a lot of varieties,” he says enthusiastically of the genebank, while surrounded by blooming sunflowers. “We want to test every seed so that at the end of the project, we can choose.”