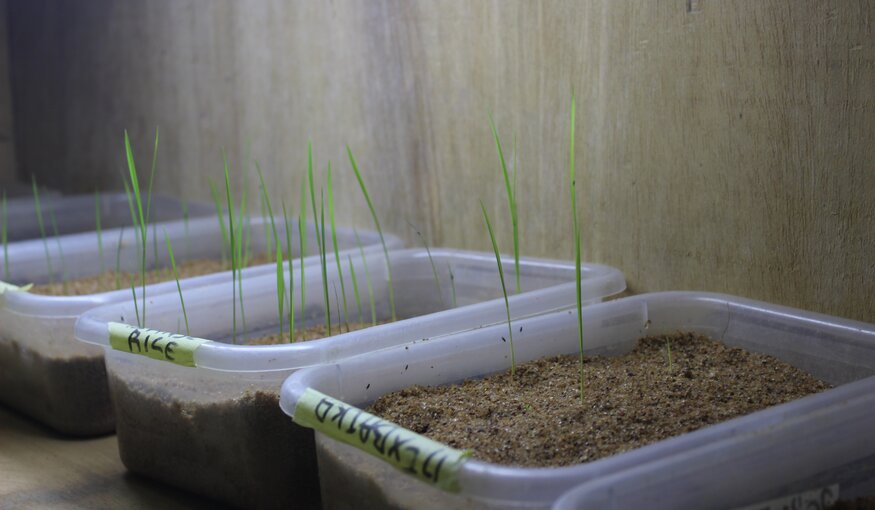 Over the last half-century, genebanks have played an essential role in safeguarding global food security for the future through the conservation of plant genetic resources.

Now, based on a review of historical data from seven CGIAR Centers, researchers have confirmed that the genebanks are able to maintain high seed viability over decades, even with resource constraints.

“Overall, it was really quite a positive conclusion,” says Fiona Hay, senior researcher in the Department of Agroecology at Aarhus University and lead author of CGIAR genebank viability data reveal inconsistencies in seed collection management published in Global Food Security.

The diversity conserved by CGIAR Centers is critical for research and breeding programs that lead to improved crop varieties, the study notes. But to fulfill their role, genebanks must ensure that the seeds and other plant materials they hold are kept viable over the long-term.

“There’s now evidence that they can remain viable for quite a long time,” Hay says of the seed samples held in trust by the CGIAR genebanks analyzed in the study. Moving forward, genebanks do not just want to safely conserve collections for a long time, but they also want greater cost-efficiency.

Reducing the number of times seeds are tested or regenerated could certainly be a game-changer.  It is likely that genebanks can delay the first monitoring check for newly stored seed samples for as long as 20 years, provided that initial testing upon deposit showed high germination rates, Hay adds.

But we know too little about the initial viability of collections already in storage so they should continue to be tested regularly—that data will help researchers understand how seed viability continues to change the longer they remain in conservation.

Valuable data could be gained about seed longevity by doing some testing even once seeds have dropped below viability thresholds and they have no conservation use, Hay adds.

While the data that were available to the researchers revealed many of the seed accessions in storage have maintained high seed viability, the study also revealed significant gaps in the data held by genebanks.

Hay says that some of the genebanks were only able to provide results from their initial or latest germination tests but couldn’t provide a series of data from the intervening monitoring tests, which meant the researchers weren’t able to capture trends in seed viability over time.

In some cases, the available data showed seed viability increased in later tests. While Hay says it’s possible that was a sampling error, it may also signal a failure to break through seed dormancy in initial tests.

Seed dormancy is a mechanism that delays seeds from germinating when conditions are not optimal for the plant’s survival. Dormancy can be due to a variety of factors, from thick seed coverings to chemical factors within the seed.

“If you look at the data for tree species from the World Agroforestry Center, you can see that a lot of those results are quite low and that’s probably just because they haven’t been able to work out the best way to germinate the seeds routinely because of dormancy,” Hay explains.

The data for this study were provided between 2013 and 2017, during which the genebanks involved used different database systems from one another. Many of the systems had also gone through several iterations, including the shift from paper to digital systems.

The researchers note that while it is clear data gathering has improved over the years, “none of the databases included all of the fields that are required to be able to do a reliable analysis of seed longevity.”

Alongside the initial viability data when seeds were put into storage, genebanks should also record details about how the viability tests were implemented and keep a precise record of dates at each stage of processing.

Hay says, however, that she has “more confidence” that some of the issues the researchers encountered with data will be addressed moving forward as many of the CGIAR genebanks are adopting GRIN-Global Community Edition as their genebank information management systems.

Ultimately, improved data collection and management will generate much more confidence in estimating seed longevity in storage and lead to efficiencies for genebank operations.

Despite the constraints identified by the study, the authors conclude that “seed genebanking, and specifically the overall framework of how collections should be stored and managed, remains the most effective way of ensuring the availability of viable crop germplasm for future generations as a means of contributing to global food security.”