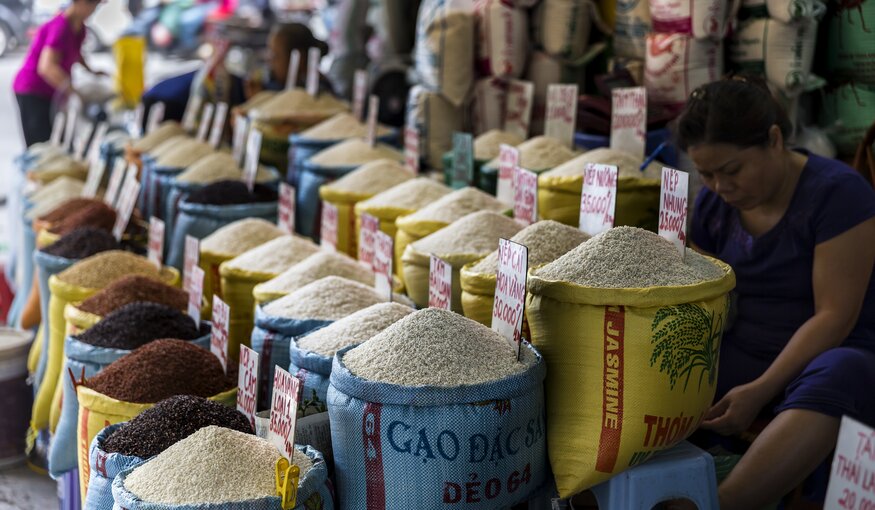 We at the Global Crop Diversity Trust work to make sure that food has a future. So, imagine our excitement when we found that a recent edition of The Economist included a Technology Quarterly—and indeed an accompanying leader— on… the future of food.

It turned out that the 2 October round-up dealt exclusively with new, experimental technologies like vertical farms and Impossible Burgers. To be fair, it did define the holy grail—or grails—of food system transformation in an interesting, and potentially useful, way: "...the quartet of healthy not harmful, natural not artificial, pure not processed, environmentally-friendly not pernicious..." We could quibble about the meaning of “natural” and “pure” when it comes to something as fundamentally manufactured as food, but let that go for now. We think we know what the writer meant.

And the piece was certainly up-front and transparent about the choice of focusing on sexy, cutting-edge tech: "This report will survey an array of technologies being touted as ways of transforming the world’s food-production system not by doing old forms of agriculture in a less cruel and more sustainable way, but by doing things that have never been done before."

It all does, however, raise an obvious question. What would be so wrong with looking into technologies that allow old forms of agriculture to be done in less cruel and more sustainable ways? Wouldn't they likely be cheaper and more effective than, well, vertical farms and Impossible Burgers?

In particular, wouldn’t biodiverse farms in biodiverse landscapes tick all the boxes of healthy, natural, pure and environmentally friendly? And be more interesting, and produce tastier food, to boot? The Economist itself seems to think so, if its review of Dan Saladino’s wonderful book, Eating to Extinction, is anything to go by.

We certainly think so. The Crop Trust’s mission is to help ensure the future of food by safeguarding the diversity of crops. That may sound a little New Age. And we do think that hugging trees can be a pretty good idea, though we should hug trees of as many different apple varieties as possible, and of the wild relatives of the apple, too.

But we’re not Luddites. There are important technologies that could and should be developed and deployed in the pursuit of an agriculture, and indeed a food system, rooted in biodiversity. Using DNA markers to speed up crop breeding, better information systems, describing seeds and plants with drones and robots, and cryopreserving varieties in genebanks: these can all make important contributions to agricultural sustainability. And they are, in their own way, just as sexy as aquaponics and lab-grown meat. We’d love to talk to The Economist about them. Call us.

In the language that The Economist is perhaps most familiar with, when it comes to agriculture we should think less about economies of scale and more about economies of scope. Scale has fed us, but it has also got us into this mess. We think it’s time to give diversity a chance.

This letter was originally published as a Viewpoint on Landscape News in response to The Economist's Leaders article on "The future of food".