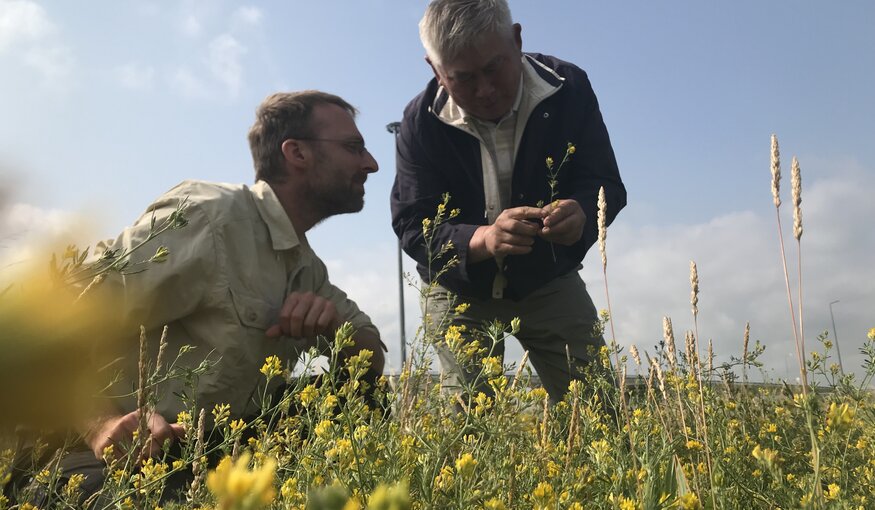 They say you get more flies with honey, but an experiment on alfalfa in Kazakhstan found you also get greater yields with honeybees.

The experiment is part of the Crop Wild Relatives (CWR) Project, a global initiative to adapt agriculture to climate change supported by the Crop Trust and the Government of Norway.

The growing environment in Kazakhstan’s grasslands can be harsh, particularly in northern cities like Kokshetau, with winter temperatures that can plummet to -40 degrees Celsius, followed by relentless hot, dry summers.

However, this unforgiving climate makes it the perfect spot to test new alfalfa varieties against future conditions anticipated under climate change. Alfalfa has also been cultivated for thousands of years in the area, a center of diversity for the crop.

“The grasslands are immense, with horses grazing on rolling hills as far as the eye can see,” says Alan Humphries, Curator of the Australian Pastures Genebank managed by the South Australian Research and Development Institute (SARDI) and lead partner of the CWR Alfalfa Pre-breeding Project, who visited the area in 2019. “During our journey from Kokshetau, we stopped at a rest spot, and I was amazed to see the distinctive yellow flowers of a wild relative of alfalfa everywhere.”

However, one key problem remained: despite prolific flowering, the number of seeds produced was often disappointing, shared Galiolla Meiirman, of the Kazakhstan Scientific Research Institute for Agriculture and Plant Growing (KSRIAPG), who led its team of researchers and breeders in the study. 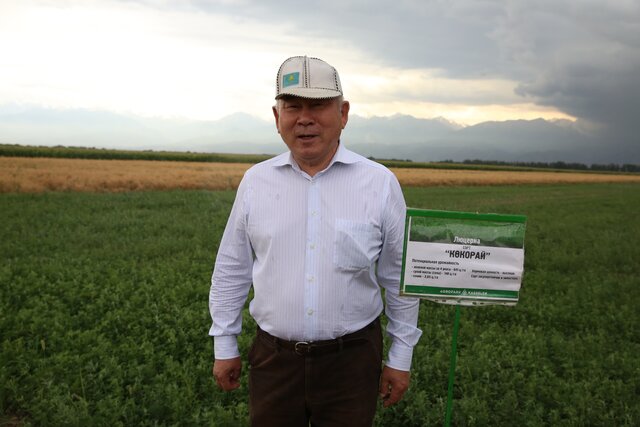 Galiolla Meiirman, CWR Alfalfa Lead Partner, of KSRIAPG and member of the National Academy of Sciences of the Republic of Kazakhstan

Alfalfa, though notoriously difficult to pollinate, is vital for smallholder farmers in Kazakhstan, providing nutritious food for their livestock. Most of these farmers make a living on less than 10 acres (4 hectares) of land and group themselves into small cooperatives to make the most of limited resources and labor. These smallholder dairy farmers, who generally only own two to four cows each, collectively produce around 75% of the milk in Kazakhstan. 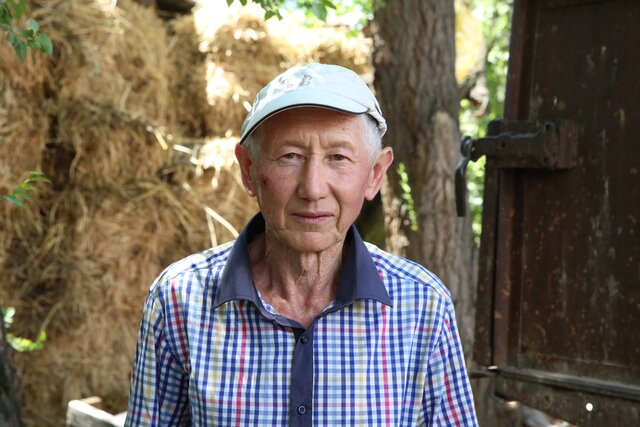 Milk production in the cooler months of October to April is supported by feeding the cows alfalfa hay. Any leftover alfalfa can be used to produce seed that farmers sell to supplement their income, making high seed yields important to their livelihoods.

To improve pollination of the new alfalfa, Meiirman tried to introduce the leaf-cutter bee from North America, a small solitary bee that is an excellent pollinator of alfalfa. But quarantine restrictions made this difficult.

No one had considered using honeybees because they have a reputation for being poor pollinators of alfalfa, though farmers rely on honeybees to pollinate alfalfa in other parts of the world. They’re used to pollinate around 50% of the crops in California, for example, where the leaf-cutter bee is also present. But honeybee management is simpler, and this can make them more reliable pollinators.

Meiirman and Humphries decided to try using honeybees to pollinate alfalfa in southern Kazakhstan, the main region for alfalfa seed production in the country. Experiments began in 2019 under the CWR Project, led by SARDI. 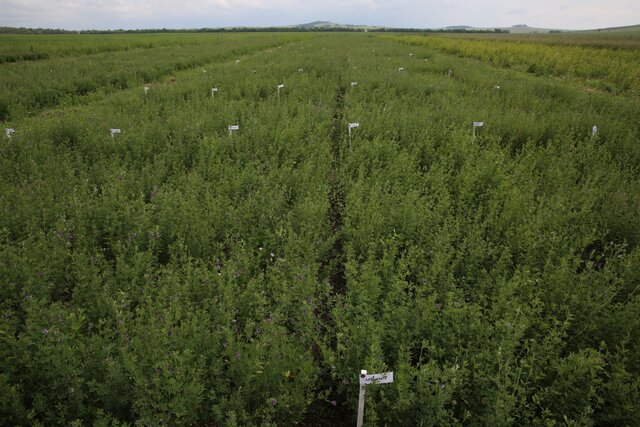 The experiments took place at six sites in southern Kazakhstan, seeking to determine whether honeybees could improve on the performance of native pollinators. The findings clearly showed a benefit to using honeybees to increase pollination and, ultimately, alfalfa seed production.

Seed yield was improved close to the honeybee hives at all sites, with an average increase of 80% compared with yields from mainly or exclusively native pollinators, demonstrating a huge potential benefit for local farmers.

These results were welcomed by KSRIAPG scientists, says Sakysh Yerzhanova, a researcher involved in the study: “We are now promoting the use of honeybees to all farmers in Kazakhstan growing alfalfa for seed.”

For smallholder farmers, the sale or trade of products derived from the alfalfa crop—not only hay and seed but milk and meat from the animals that eat the crop—are highly valuable.

Alfalfa pollination by honeybees will not only increase but also diversify farmers’ income through honey production. A delicious result for all.