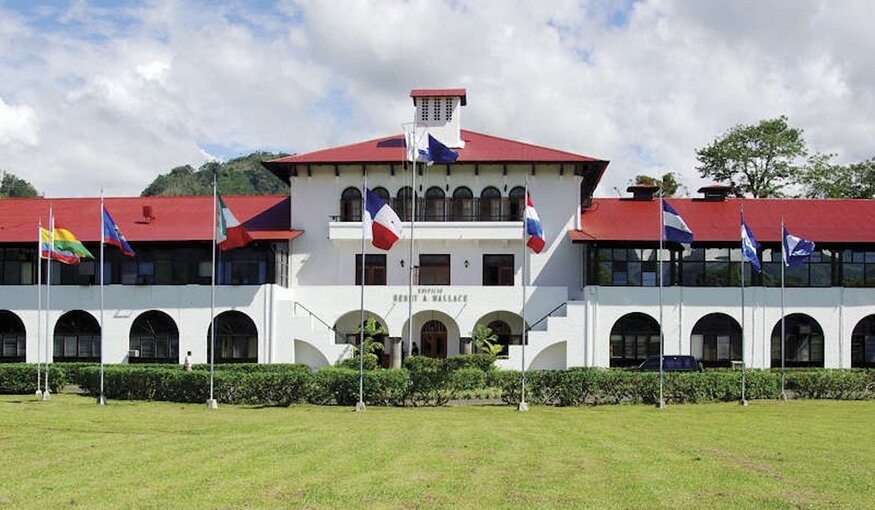 SAN JOSÉ, COSTA RICA (7 April 2011)—Crop specialists in Central America announced today that a major rescue effort is underway in one of the heartlands of ancient agriculture to regenerate thousands of unique varieties of coffee, tomatoes, chili peppers, beans and other major crops through a partnership between the Global Crop Diversity Trust and 19 Latin American genebanks.

One of the oldest collections targeted by the project is Costa Rica’s Centro Agronómico Tropical de Investigación y Enseñanza (CATIE). An array of challenges—including the installation of a new power line that uprooted a unique peach palm collection and a nearby volcano that recently rumbled back to life—pose threats to some 11,400 samples held either as seed or conserved as whole plants in the field.

“It is critical to protect as much variety as possible in the crops that sustain the Americas,” said William Solano who is running the regeneration project at CATIE. “Many of the crops we grow—the same ones that allowed the Maya and Aztec to expand and thrive— have been cultivated in this region for thousands of years and the yield potential that they show today is strongly tied to their genetic diversity.”

The rescue work in Latin America is part of a global effort in 88 countries—including 18 in Latin America and the Caribbean—in which the Trust is working with over 131 partner organisations to rescue, regenerate and evaluate endangered crop collections. Duplicates of the materials are being sent to international genebanks and to the Svalbard Global Seed Vault in the Arctic. The wide array of crop traits contained in these genebanks provides the critical raw material plant breeders require to develop new varieties that allow farmers to overcome threats to food production, such as plant disease, plant pests and, increasingly, climate change.

“Many people think of places like Costa Rica in terms of the rich biodiversity of its tropical forests, but equally valuable is the stunning diversity of crop varieties in this region and their contribution to food security worldwide,” said Cary Fowler, Executive Director of the Trust. “We should be working as hard to protect the diversity in agriculture, which directly sustains us, as we do diversity in any other vulnerable ecosystem.”

Crop experts at CATIE have been working full-time to bring seed, some of it more than 50 years old, out of storage and into the field. The goal is to plant it and produce fresh seed. Then, one set of new samples will be deposited with CATIE, and another at an international genebank, where it can serve as a back-up to CATIE’s holdings and also be more widely available to plant breeders and farmers around the world. A third set will be sent to Svalbard, to provide the ultimate guarantee of safety.

“We know some of the seeds in the collection are likely to be no longer viable, which is why it is urgent that we move now to secure and refresh the majority that is still alive,” Solano said.

While the threats to CATIE’s collection can be as ordinary as a broken refrigeration system or a budget cut, Solano and his colleagues are particularly concerned about a more dramatic danger: visible from its test fields, which are located about 60 kilometers from San Jose, is the Turrialba volcano. In 2010, it erupted for the first time in 100 years and is threatening to spill hot ash or possibly cause flooding or earthquakes.

CATIE maintains one of the world’s most diverse collections of Arabica coffee—a major cash crop for the Americas. Some of the samples were collected decades ago in Ethiopia and East Africa. One variety originating from the collection, known as Geisha, is now sold as a boutique coffee in Taiwan and Japan. CATIE is working to better secure its coffee seeds by storing them at very low temperatures through a process known as cryopreservation.

CATIE is also working with the Trust to rescue a major collection of peach palm, which had to be uprooted to make way for a power line. CATIE has used its collection of peach palm, a fruit that has been popular in Latin America since pre-Columbian times, to develop a high-quality commercial crop now grown throughout the region. CATIE scientists took the growing tissue from each uprooted tree to be cultured and conserved in the laboratory so that eventually they can be replanted at another location.

Other crops targeted for rescue include unique varieties of tomatoes, yam, cassava, sapote, squash and chili peppers. Some of the samples have been part of the collection since the 1940s, when CATIE was established.

CATIE is also working with national programmes in the region to help them regenerate their maize and bean collections. Seed collections in Costa Rica, Guatemala, Honduras, Nicaragua and Panama are being taken out of storage, grown out and studied for the first time in several decades. This has proved an essential exercise, since in many cases, little was known about the varieties in the collections and where the crops would thrive. “We had to grow the maize varieties from our collection in both the highlands and the lowlands to work out where they originally came from,” says Aura Elena Suchini, curator of the collection at the Instituto de Ciencia y Tecnología Agrícolas (ICTA) in Guatemala.

Across the rest of Latin America and the Caribbean, the rejuvenation project focuses on collections of unique varieties of maize, beans, cassava, faba bean, sweet potato and yam, important dietary staples not just for the Latin America but for millions around the world.